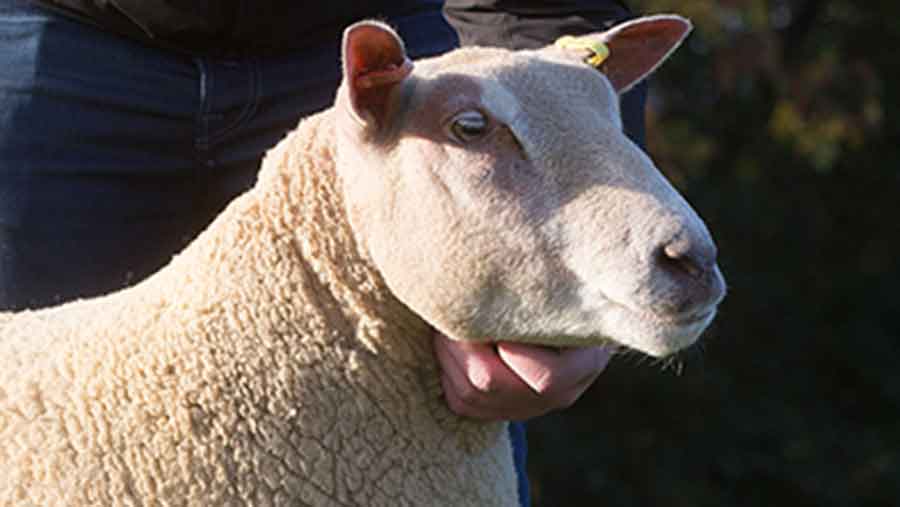 A top call of 3,900gns was reported by McCartneys at Worcester on Sunday (5 November) as shearling ewes levelled at £651.57 and ewe lambs made over £760 at the Wedderburn dispersal of pedigree Charollais sheep.

A consignment of 167 head attracted a large crowd, meaning there were fireworks around the ring as prices rocketed and bids grossed close to £100,000 for the Signet-recorded flock.

Topping the trade at 3,900gns was an Elmwick Mr McGregor daughter out of a 2012-born Edstaston ewe, which caught the eye of Robert Gregory of the Edstaston flock, Shropshire, who was buying back some breeding.

The ewe was in-lamb to another of Edstaston ewe, Edstaston Sotogrande, which made 4,000gns at the Worcester Premier Sale earlier this year. 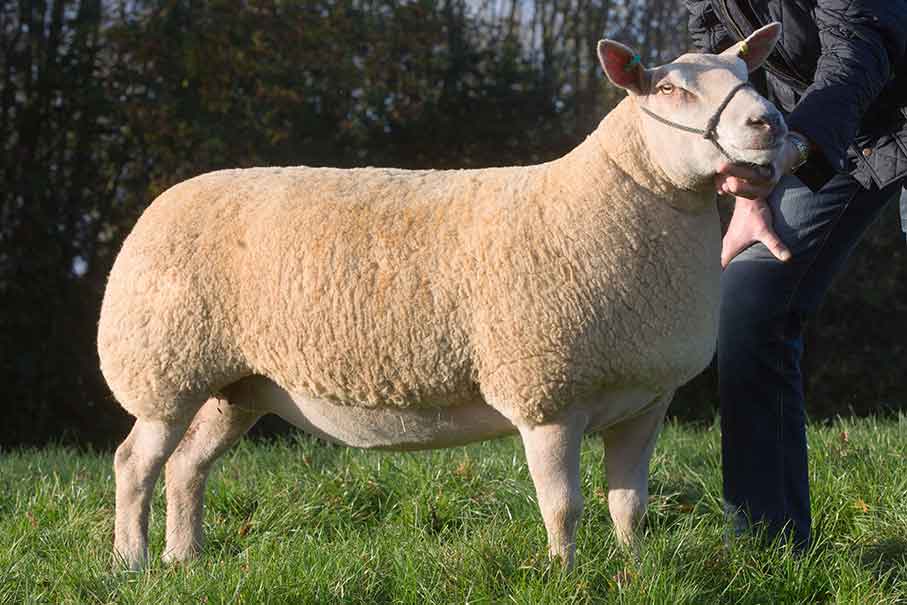 A bid of 3,900gns from Robert Gregory topped the Wedderburn flock dispersal for a shearling ewe by Elmwick Mr McGregor © Tim Scrivener

The Wedderburn flock of Jonathan and Janet Corbett, Newent, Gloucestershire, was restarted in 2011, following a brief hiatus to focus on organic suckler and sheep productions after initially breeding pedigree Charollais sheep in the 1990s.

A strong trade then saw two 2,600gns bids from William Ingram, Logie Durno flock, Aberdeenshire. First at this money was a ewe lamb out of Arjane Jumanji daughter, purchased at the Saucy Sale, who herself was by Boyo Royal Ascot. 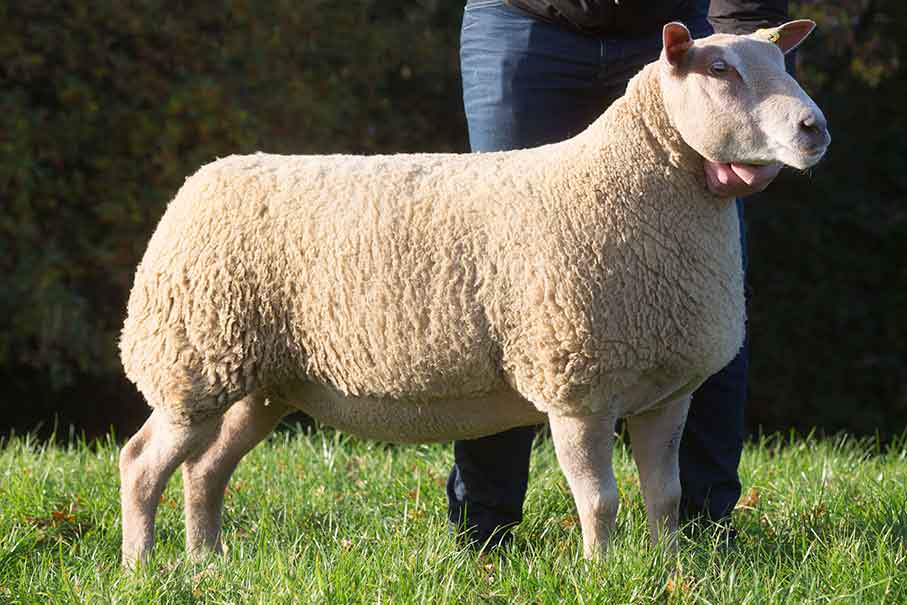 A Boyo Royal Ascot daughter made 2,600gns, with a winning bid from the Ingrams of the Logie Durno flock © Tim Scrivener

The lamb’s dam was flushed to Foulrice Rachamin and also ran with Wedderburn Savill and Edstaston Sotogrande and also went home with the Ingram’s for 2,200gns. She is notably not the biggest ewe but very capable after carrying four lambs as a shearling. 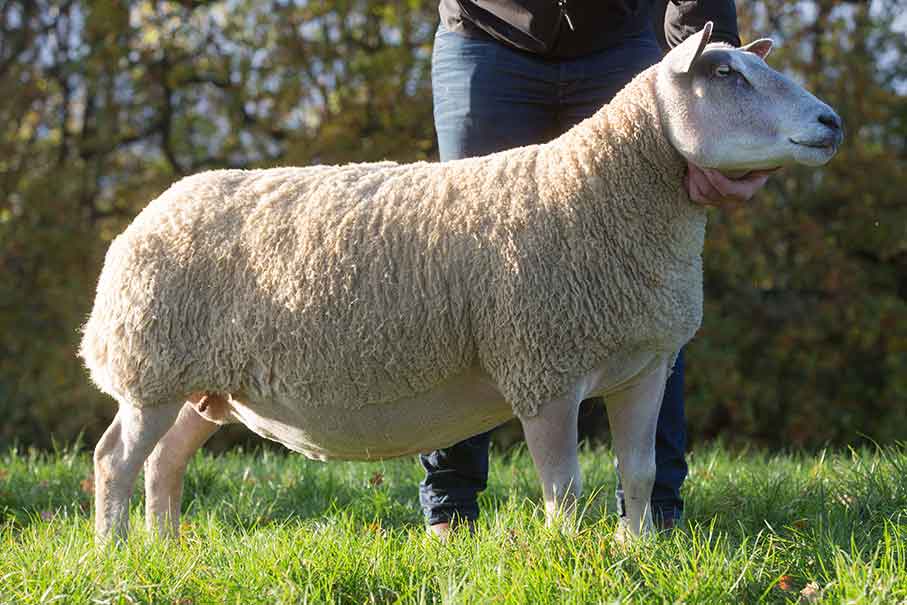 A bid of 2,200gns was made for a Edstaston ewe and mother of the notable Wedderburn Peleus © Tim Scrivener

The Ingrams then bid 2,600gns again for Rhaeadr Popeye-sired lamb Wedderburn Sugar Babe. She is out of a Wernfawr Magnum dam and carries an index of 310.77. 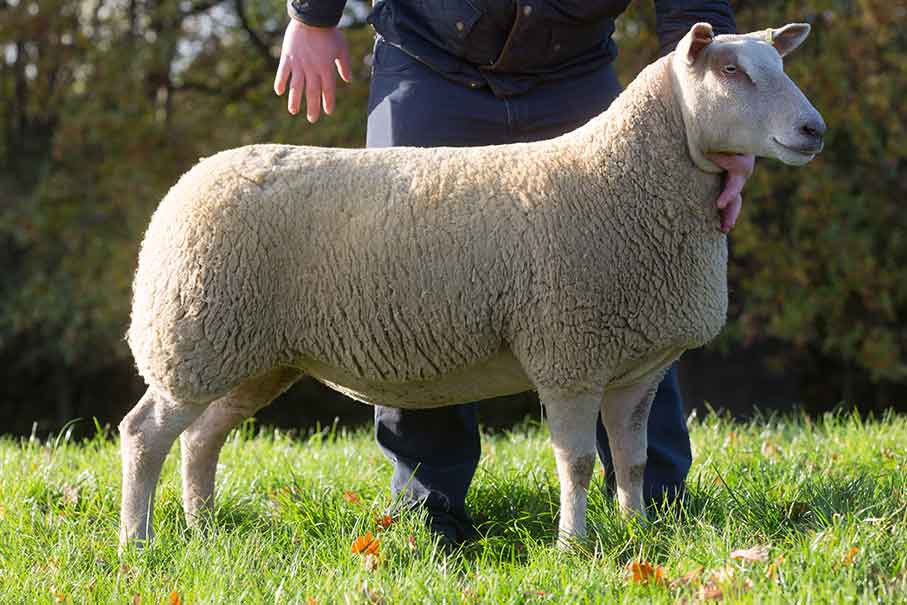 Wedderburn Sugar Babe sold to the Inmans of the Logie Durno flock for 2,600gns © Tim Scrivener

Next at 2,500gns was a ewe lamb out of a Parkgate ewe by Carnew Nijinsky on a day when ewe lambs attracted serious prices. She was bought over the phone by Patrick Tully, Bincome Bartons, Somerset.

Two ewes bred by the Parkgate flock, Dumfries, then made 1,600gns apiece. First was a Ballyhidden Paddy Power ewe that had scanned carrying triplets to Edstaston Sotogrande, with a winning bid from Dewi Evans, Ffrwyd flock, Anglesey.

Matching this was a bid from FA and C Elsworthy, Tiverton, Devon, for a ewe that claimed third at this year’s Three Counties Show and second at Moreton-in-Marsh Show.

At 1,420gns was the leading bid from David Brewster, Brewster Farms, Staffordshire, to start a pedigree flock. This was the pick of eight bids and was for an Elmwick MacGregor shearling ewe out of a Southam ewe and with triplets to an Edstaston sire.