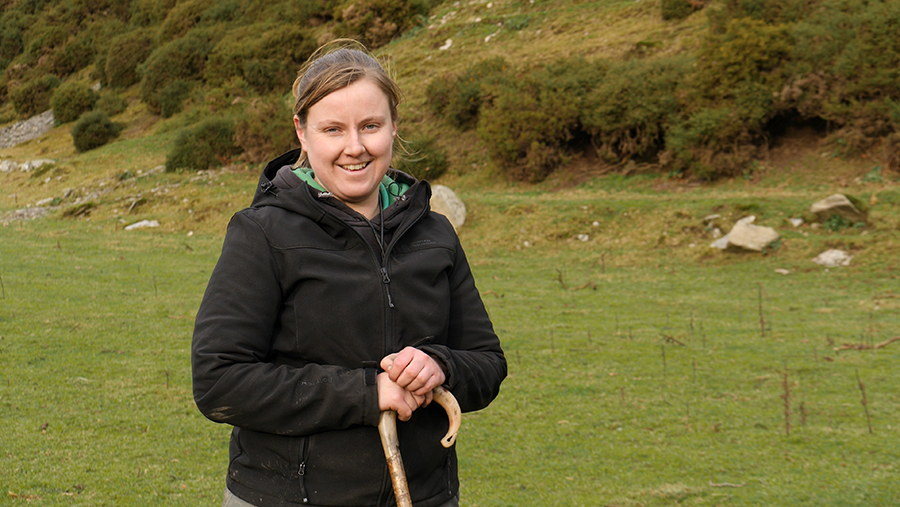 Young farmer Caryl Hughes is the face of a new £250,000 campaign promoting Welsh beef and lamb.

Advertisements will run on television, radio and social media focusing on the sustainability of red meat production in Wales. They will feature core messages on subjects such as landscape, climate and water use.

Ms Hughes farms in partnership with her family near Llanarmon Dyffryn Ceiriog, Wrexham.

The TV advert sees her at home on her farm in the Ceiriog valley and displays the dramatic landscapes and natural surroundings where she rears her own flock.

The rugged terrain is ideal for producing grass-fed livestock for meat production, but it is unsuitable to grow crops.

Ms Hughes previously held the role of National Sheep Association young ambassador and chair of Montgomery Young Farmers’ Club. She has a degree in agriculture from Aberystwyth University.

She was the first person to undertake the Llyndy Isaf Scholarship with the National Trust – where she managed a Snowdonia hill farm for a year.

She said: “Like most Welsh sheep and beef farmers, I am very proud of our industry, the food we produce and how we produce it. I’m very pleased to be involved in this campaign promoting exactly that.”

The new campaign launched on 13 February and features on various on-demand television platforms and radio stations throughout England and Wales.