Despite the challenges of 2020, there has been no let up in headline-making machinery launches. We look back at some of the highlights from an eventful year.

Massey Ferguson launched a drastically redesigned 200hp-plus tractor range during the summer. The four-model 8S-series runs from 205hp to 265hp and supersedes the quartet that made up the top end of the 7700 range. 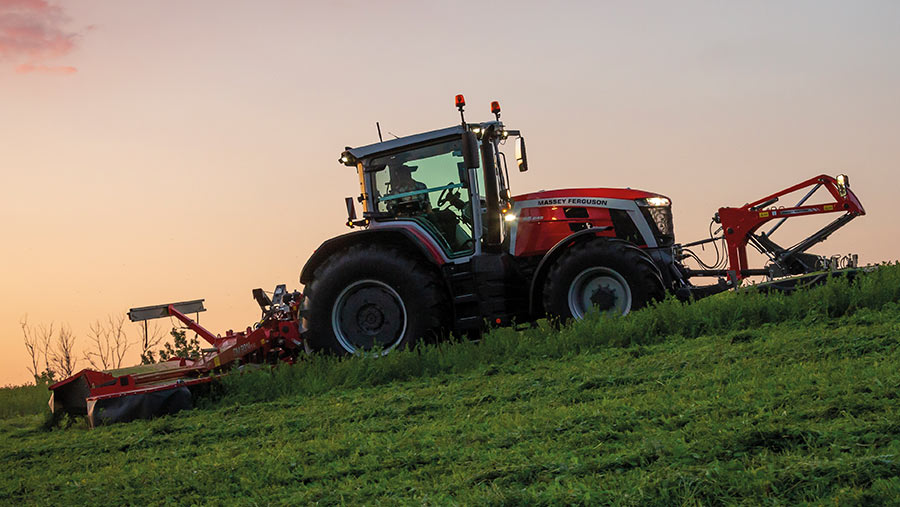 Massey says it started with a blank canvas, giving it a chance to address some of the old tractors’ major shortcomings – in particular, the six-pillar cabin that had seen very little change since it first appeared on the 6100-series back in the late 1990s.

The new four-post version features a sloping front screen, bigger gap between it and the engine to reduce heat and sound transfer, and a complete overhaul of the controls.

All four tractors run the same Agco Power six-cylinder, 7.4-litre engine as used on the bigger 7700S tractors they replace. This runs through a new configuration of MF’s powershift gearbox – the Dyna-7 – which offers seven speeds in each of its four ranges for a total of 28 gears. There is also the option of a dual-clutch version, called Dyna E-Power.

However, the company won’t be offering its Dyna-VT stepless transmission until 2021. 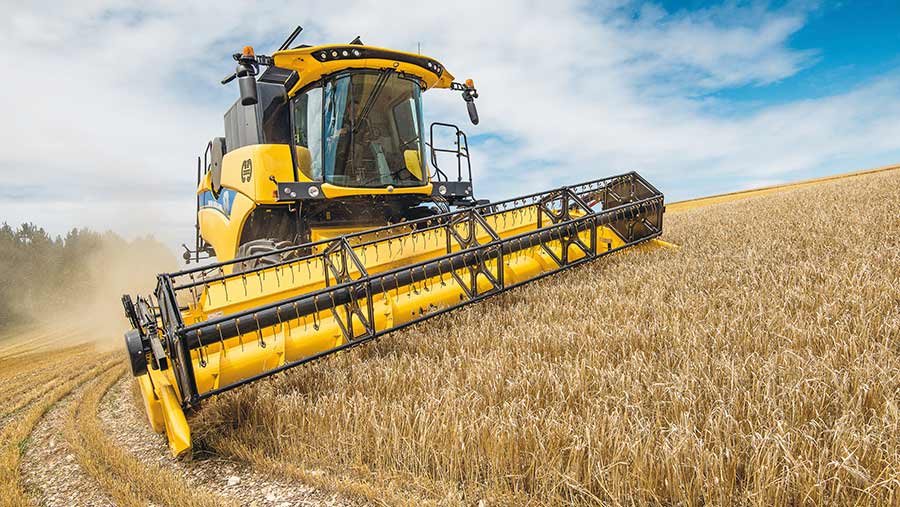 In terms of size and, to a lesser extent, price, the CH7.70 will compete with the CX7 and CX8 ranges. However, the company claims it can deliver 25% greater throughput than an equivalent straw walker machine and 35% fewer broken grains, thanks to a kinder, more efficient multi-unit threshing system.

Deutz-Fahr plugged the 280hp hole at the top of its tractor line-up with a sole 8-series model that packs a brand-new CVT transmission and an enviable power-to-weight ratio. 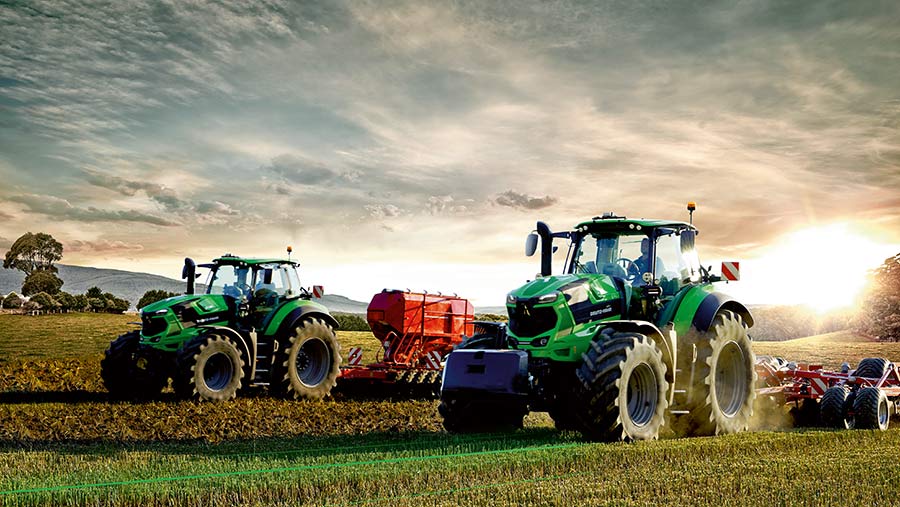 The high-spec 8280 TTV slots between the maker’s 7- and 9-series machines and the standout difference from its stablemates is a new Claas-sourced stepless gearbox, marking a move away from ZF’s ageing S-Matic and Terramatic CVTs.

Power is provided by the same 6.1-litre, six-cylinder Deutz block as used in the two-model 7-series, tuned to a maximum output of 287hp. However, to get the required power and meet Stage 5 emissions standards, the company has had to fit a second turbocharger and cooling system.

The headline output figure is achieved by using what Deere claims is the widest feeder house on the market, along with two 3,510x600mm rotors and a large cleaning shoe. The XDS rotors use the same modular underpinnings as the smaller S-series – a finger design teases the grains from the crop and it goes through nine revolutions to help minimise losses.

There are two models available, with the larger 1100 getting a 16,200-litre grain tank and 186-litres/sec unloading speed. The catch is the list price – an eye-watering £850,000 before dealer discounts are applied.

Land Rover restored its fabled Hard Top name with commercial derivatives of the long-awaited new Defender. The models have the option of a three-seat front row, which may come in handy given the lack of passenger space in the back. 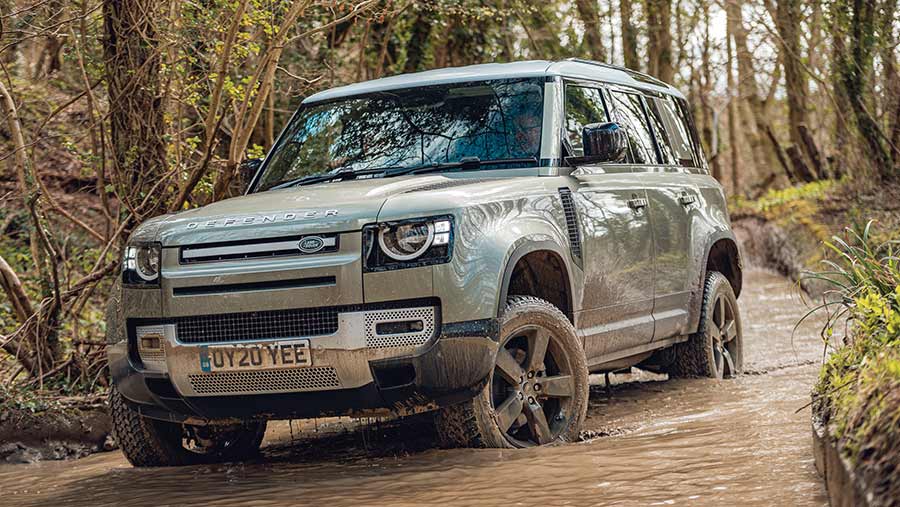 To maintain decent rearwards visibility with the middle seat occupied, Land Rover fits its Clear Sight rear-view mirror system, which uses a live video feed from a camera on the back to provide an unobstructed view. These models keep the 3.5t towing capacity and get independent coil sprung suspension as standard.

Fendt completed the redesign of the Challenger range it inherited in 2017 by slotting a stepless Vario transmission and more powerful engine into the 1100 MTs, making the 1167 the largest CVT-driven tractor on the market.

The company decided against using the 12-pot Agco Power engine fitted in the old models, instead opting for a MAN six-cylinder. 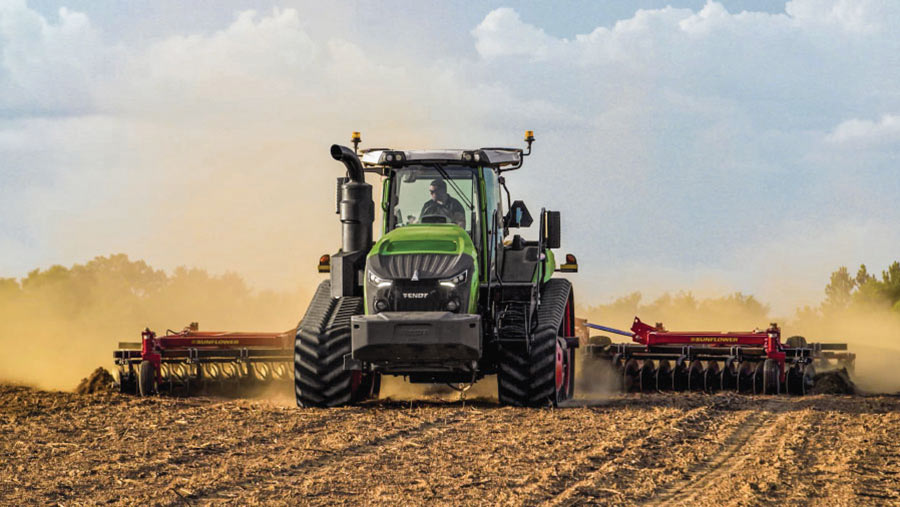 A new cab with full-size joystick was included in the overhaul, but this is different to the Fendt One concept revealed on the firm’s smaller wheeled tractors.

Kubota beefed up its 120-140hp tractor line-up with a three-model M6002 range that offers more lifting power and a smarter cab.

The range tops out at 141hp and all are propelled by the Japanese firm’s own four-cylinder, 6.1-litre engine, which is now tuned to serve up an extra 20hp boost on high-speed transport work. 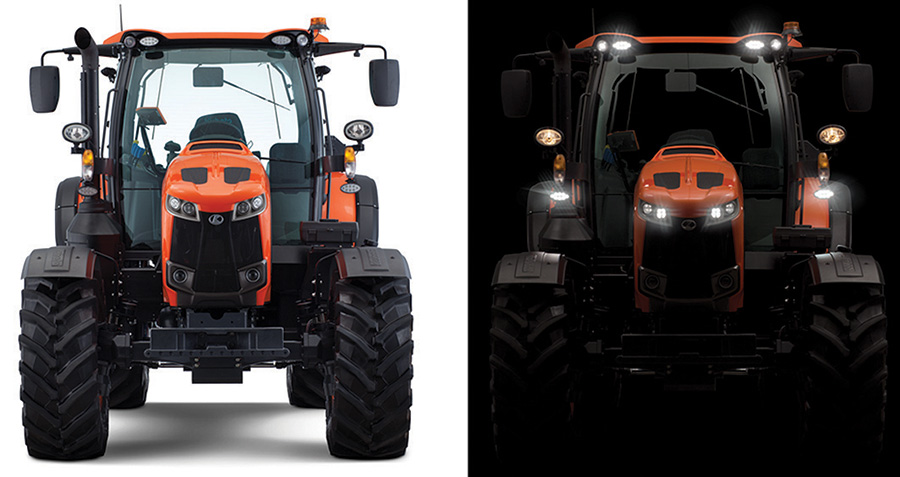 These models apparently inherit little from the old 104-143hp M-GX-series. However, on paper there are a few similarities, such as the eight-speed, 40kph powershift transmission, albeit slightly modified to improve efficiency.

Nice-to-have features include a brake-to-neutral function, a fresh-looking cab with an armrest carrying controls for gearbox functions, engine memory and rear linkage, along with mechanical suspension and 10 LED work lights as standard.

Beefed-up axles have helped increase the payload over the old M-GX models, rear lift is rated at 7t and there is an improved 115-litre/min hydraulic flow – up from 6.1t and 82 litres/min on the M-GXs. Other options include a 7in Isobus-ready monitor and autosteer.

Valtra unveiled a new G-series tractor range, which has been wedged between the A and N models in the lower reaches of the firm’s line-up.

The five newcomers are the first batch of Valtra’s fifth-generation machines and offer power outputs from 105hp to 135hp, heavily overlapping with a large chunk of the basic A-series and bottom end of the mid-sized Ns. 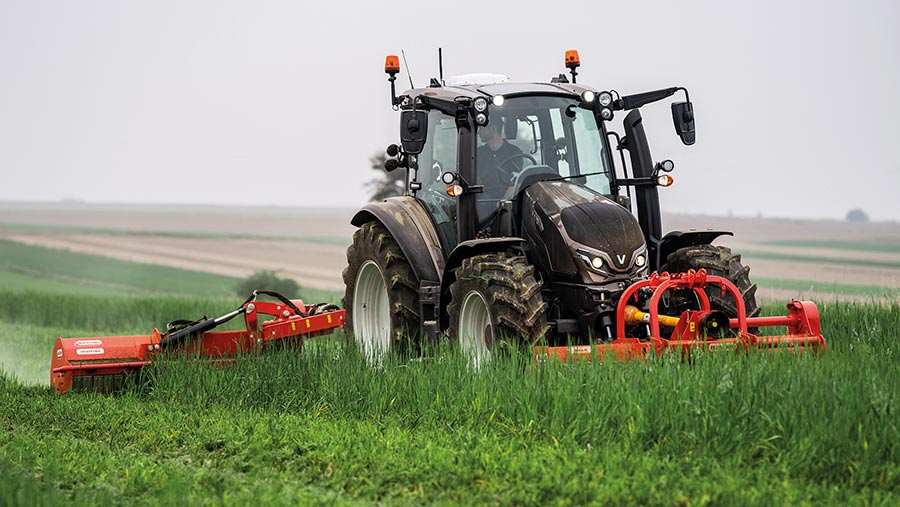 This is likely to be a short-term clash, with broader changes expected across the whole fleet over the next couple of years. There have been few alterations in the hardware, with Valtra choosing to focus its efforts on adding technology such as its Smarttouch armrest to tractors lower down the power rankings.

A Chinese-built Agco Power 4.4-litre, four-cylinder engine – the same block as used in Massey Ferguson’s 5700s – powers all five models and offers a 5hp boost when in gear B5 or higher.

Claas revamped its premium-spec five- and six-walker combines with new 5000 and 6000 machines that replace the Lexion 600-series. They feature bigger engines, improved threshing and the promise of considerably higher output.

In fact, the firm’s pair of larger six-walker combines – the 6800 and 6900 – claim to rival some of the smaller hybrids for output, without compromising straw quality.

Headline performance figures for the flagship 6900 include a power output of 507hp from its six-cylinder MAN engine, a 13,500-litre grain tank with 180-litre/sec unloading speed and the option of cutterbars up to 12.27m (40ft).

Fendt rolled out its new-look “One” cab layout, which will be made available throughout its wheeled tractor ranges over the next 18 months. The company has started with its most popular models (globally) – the 113-142hp 300s and 144-237hp 700s.

The existing four-post cab frame stays, but the tall, upright joystick has been retired, the armrest monitor upgraded to a far more navigable 12in format and there’s a new party piece – a 10in tablet that replaces the conventional dash.

The new screen has been geared up to cope with far more information and will allow updates in the future. Fendt has also ditched the bank of blister buttons up the side of the old armrest. Instead, they’ve been redistributed further forward, keeping them close to the driver and within reach of an outstretched finger.