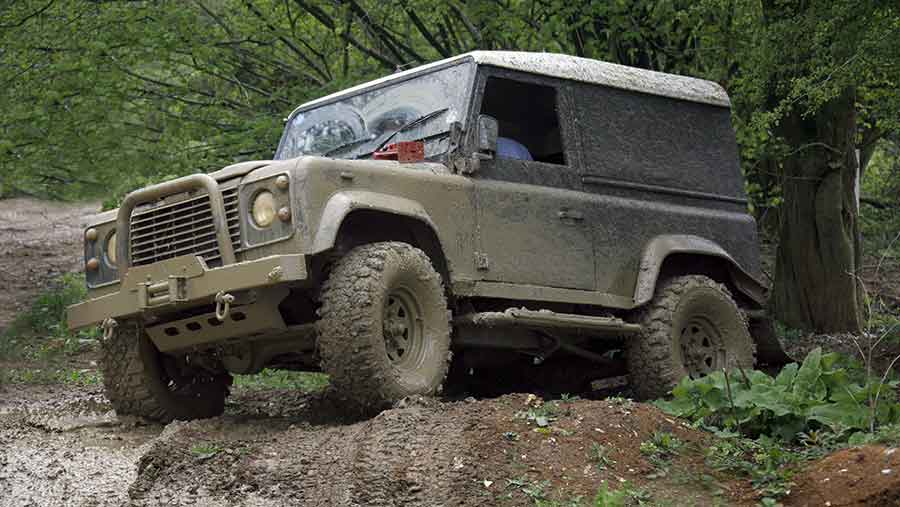 Plans to build an all-new 4×4 vehicle inspired by the Land Rover Defender have been unveiled by the billionaire founder of a multinational chemical company.

When Land Rover announced it was ceasing production of the much-loved Defender in 2016, farmers around the country mourned the loss of an iconic British vehicle.

The announcement that Switzerland-based Ineos is to build a brand new “uncompromising” off-roader follows the completion of a six-month feasibility study.

While the company is one of the largest manufacturers in the world – known for its chemical products – it will be the first time it has produced such a vehicle.

Ineos chairman Jim Ratcliffe, who was a fan of the original Land Rover Defender, has dismissed suggestions that the new vehicle is little more than a vanity project.

Mr Ratcliffe, the company’s billionaire founder, said he saw a gap in the market after Jaguar Land Rover ceased production of the Defender in January 2016.

It would be an uncompromising off-roader that stood for adventure and active driving but also had the capability to be a work and utility machine, he said.

The vehicle would not be a replica of the Defender but would reflect its philosophy.

Mr Radcliff said Ineos was determined that its new vehicle would offer a real and pure alternative to the current crop of standardised “jelly-mould” sports ultility vehicles.

“I am a great admirer of the old Land Rover Defender and have enormous respect for its off road capability and our new 4×4 has been inspired by it.

“But while our off-roader might share its spirit, our new car will be a major improvement on previous models.”

In a statement, Ineos said: “The vehicle will not only fill a gap in the market vacated by the Defender but also provide a step change improvement in build quality and reliability.”

The company said it expected to “spend many hundreds of millions” on the project, including recruiting experts from the car industry to is own Ineos Automotive arm.

It is unclear where the vehicle will be built. Although Ineos is headquartered at Rolle, Switzerland, its UK registered office is at Lyndhurst, Hampshire.

Ineos said: “Identification of a suitable manufacturing location will be a part of the next phase of the project and the company will look at UK sites alongside other European options.”

Ineos Automotive chief executive Dirk Heilmann said: “Our job is to create the world’s best 4×4 and we are already moving forward with our plans”.

The target market is global and includes agriculture and forestry workers, explorers and adventurers as well as Defender fans who “enjoy an authentic 4×4 driving experience”. Time will tell as to whether the new 4×4 will fill the gap for farmers left by the Defender’s demise.

Jaguar Land Rover is expected to launch a replacement for the Defender in 2019.