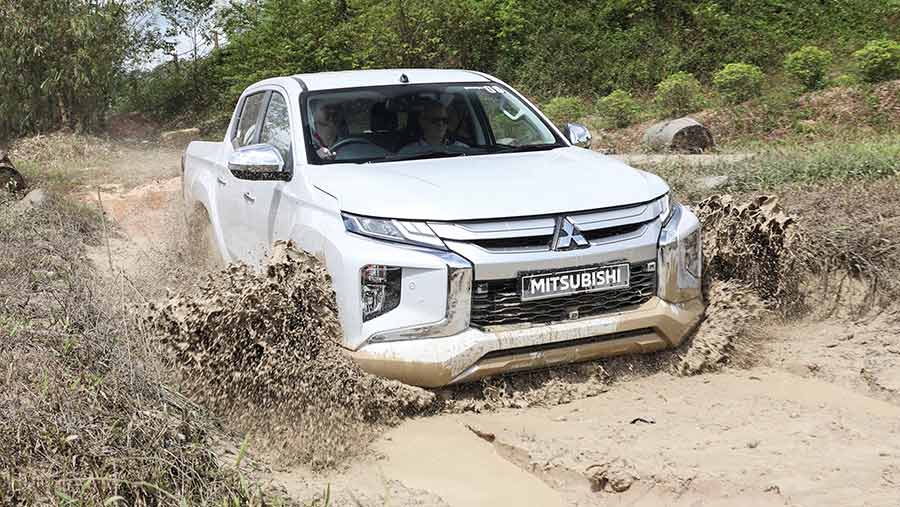 It’s been 40 years since the L200 was launched, which makes the revisions to the model all the more understandable given that the current fifth-generation truck was introduced in 2015.

Within the past three years, however, the pick-up market has moved on significantly with the V6-engined Volkswagen Amarok and new entrant Mercedes-Benz X-Class pushing the competition to ever loftier heights.

Nevertheless, Mitsubishi still expects to sell 180,000 pick-ups globally, but changes to the L200 are vital to its plans to do that, so much so that more than 2,400 adjustments have been made to “reinforce what we believe this car can be”, according to Mitsubishi Motors chief operating officer Trevor Mann.

Most noticeable of those changes is the new front styling, with the L200 adopting a more aggressive, toughened-up image.

The key to these striking changes is the new headlight position, now 100mm higher, and a full 700mm from the ground, helping strengthen the look but more importantly improving visibility by bringing the lights above the wading depth.

Further design changes extend all the way along the bodywork with redesigned panels over the length of the vehicle.

The rear end has also undergone quite a transformation too, with a new lighting cluster.

The L200 double cab is still capable of transporting up to 1,040kg with a maximum load length of 1,520mm and width of 1,470mm, while old load covers and other accessories can be transferred to the new vehicle.

The new L200 is not just about a new design though. Mr Mann says: “You can’t just change the exterior design. We needed to come up with the latest and greatest and be ready for changes coming to new competitor models.”

The rear suspension has been upgraded with bigger shock absorbers, while the front receives larger brakes.

There’s also a new six-speed automatic gearbox with high and low ranges, replacing the outgoing five-speed, and the Super-Select 4WD system has been upgraded with new terrain-specific modes for gravel, mud and snow, sand and rock.

Mitsubishi has also introduced a new hill descent control system. Unlike systems from other  manufacturers which let you descend at a predetermined maximum speed, Mitsubishi’s will maintain your chosen speed, providing it is less than 12mph.

Additional safety features including a 360-degree camera, blind-spot warning detection, forward collision prevention, brake assist and rear cross traffic alert have all been added to bring the L200 into line with many of its rivals. 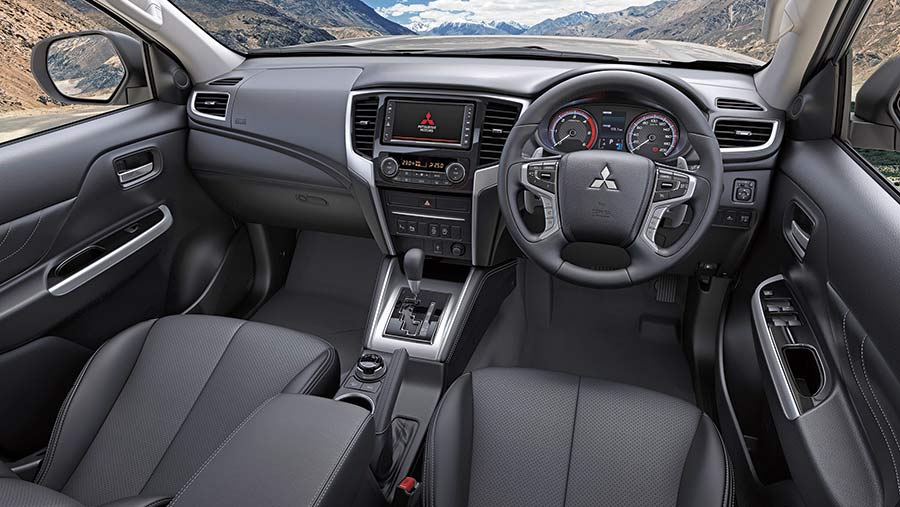 There are interior changes to the 2019 L200 but you’d be hard-pressed to spot them. There are additional USB ports in the centre console, and some soft-touch padding added around the transmission tunnel.

You’ll also find two more USB ports in the back as well as grab-handles mounted to the B-pillar to assist with entry and exit.

Completing the changes is a new ventilation system in the roof which helps recirculate air from the front of the cabin to the rear.

Despite the UK being the fifth-largest market for the L200, Asian and Australasian markets will get the new pick-up first and we won’t see it here until next summer.

Mitsubishi has not decided what engine the new L200 will have. The current 2.4-litre, 178hp turbodiesel could remain in use, albeit modified to meet the Euro-6D emissions standards – when they are published. A downsized unit is another possibility.

Mitsubishi’s next L200 could well have an electric or plug-in hybrid (PHEV) powertrain, according to senior executives.

Vincent Cobee, Mitsubishi corporate vice-president of product strategy, believes that by 2023 to 2025 the sector will be ready for alternative powertrains in commercial vehicles, but regulatory changes for diesel engines could conceivably speed up their introduction.

“Today the pick-up market is driven by toughness, a plus or minus 2.4-litre engine with a ladder frame,” Mr Cobee said at the launch of new L200.

“PHEV today has not reached the level where it will be an easy installation, but it will migrate from small cars to larger vehicles. We just need to spend money to develop this.” 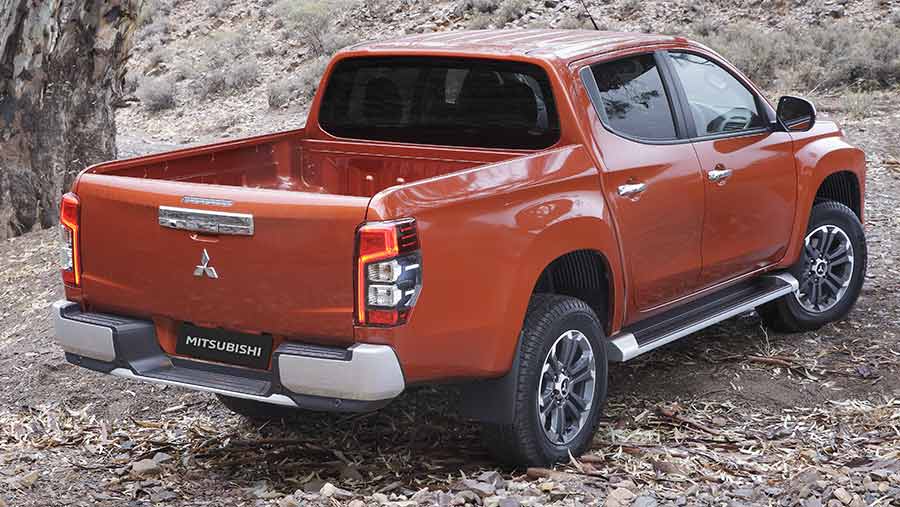 Legislative changes may also play a role in deciding if one or both powertrains gets the green light. “What’s happening in Europe might tip the equation,” Mr Cobee added.

“My assumption is we will live with diesel until Euro-7, but it will be tough between Euro-7 in 2023 and the requirements in 2025. They [emissions targets] might tumble so quickly that 48-volt [hybrids] would be skipped.”

Increasing synergies between the Renault-Nissan alliance, which now incorporates Mitsubishi, will also play a role in progressing the technology uptake in future models, including the Mitsubishi L200 and Nissan Navara.

Trevor Mann, Mitsubishi’s chief operating officer, says: “The alliance is a turbocharger for each of the companies, working together through purchasing power, sharing development, the costs of technologies and the development of platforms.

The company seen to have the best expertise in that segment will take the lead.”

As well as sharing 4×4 systems, that could mean Mitsubishi providing plug-in hybrid systems for Renault and Nissan models, while full electrification systems head in the opposite direction.