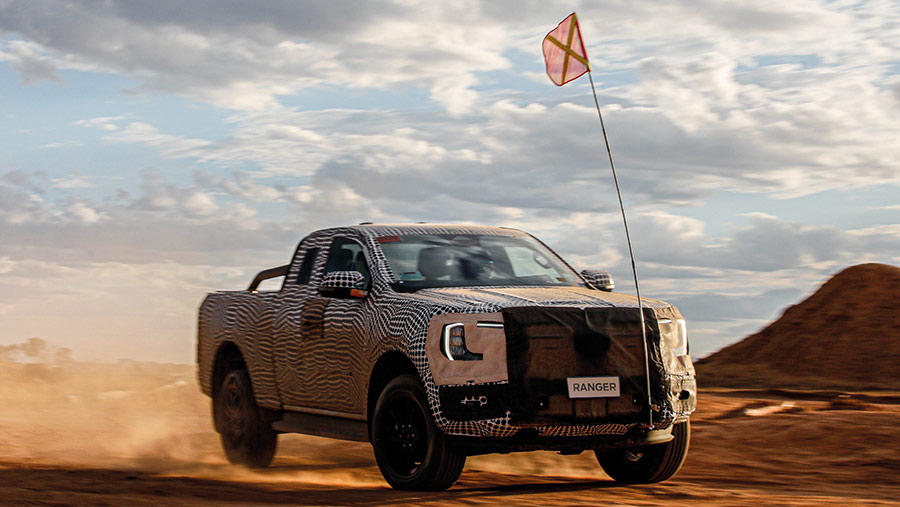 The first pictures and video of Ford’s fourth-generation Ranger pickup have been released, giving customers a glimpse of what they will be getting when the vehicle goes on sale in 2022.

Details remain thin on the ground, but the new truck will be built in the firm’s dedicated pickup factories in Thailand and South Africa, and it will share a platform with the next-generation VW Amarok.

Diesel is likely to remain the primary power source, but there is some talk of a plug-in hybrid offering.

The current Ranger features a 2-litre, four-cylinder Ecoblue engine and Ford has released a number of special editions in the run-up to the launch of its successor. These include the Stormtrak, Wolftrak and Raptor Special Edition.

VW stopped building its own pickup trucks in 2020 due to tightening emissions targets which its 3-litre V6 engine struggled to meet.

Watch the Ford video of the Ranger in action.