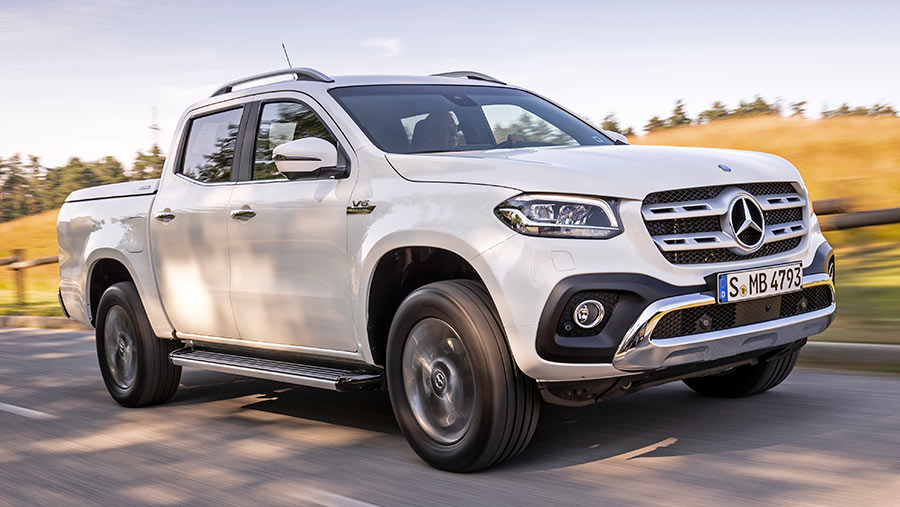 After plenty of hints and whispers, Mercedes has finally lumped a V6 engine into its new X350d pickup trucks.

Previously the only six-pot pickup option was in VW’s Amarok, but now the Power spec of the X-class has a 3-litre V6 diesel as standard, pumping out a class-leading 258hp and an identical 550Nm of torque to the VW.

The permanent 4Matic system on the X-350d provides rapid acceleration on the road, while the low range box is a carrot that the Amarok doesn’t possess and should get you out of sticky situations.

There’s plenty of chrome on the standard kit list including the rear bumper, fog light surrounds and trim strips, with keyless go and LED headlights both stock fodder.

If you’re interested you will have to hope the increased grain prices stick around, as the V6 X350d 4Matic is available now from a whopping £38,350 (ex VAT), with the first deliveries scheduled for November 2018.