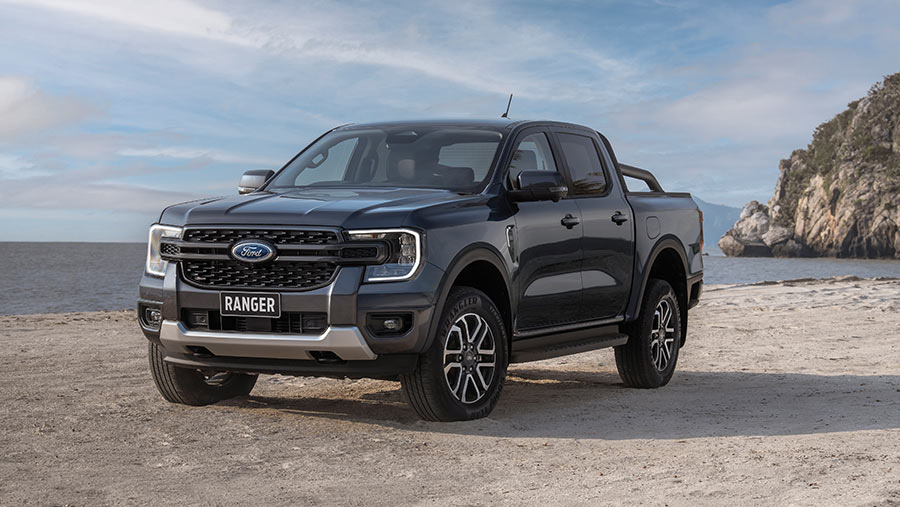 Ford has revealed its next-generation Ranger pickup, which will be available with a V6 diesel engine when it lands in the UK in 2023.

The addition of a V6 block is part of a major overhaul that also includes an extensive exterior redesign, with the new range taking on a greater likeness to its cousin on the US market, the thickset F150.

Entry-level models will continue to be powered by a modestly sized 2-litre diesel that has been the sole Ranger option since Ford bowed to emissions pressures and culled its 3.2-litre almost two years ago.

There will be two single-turbo options and a twin-turbo variant.

However, the main talking point is the inclusion of a range-topping V6 diesel.

The company promises high levels of power and torque from the juicy 3-litre block, though the actual stats are yet to be revealed – expect more details closer to launch. 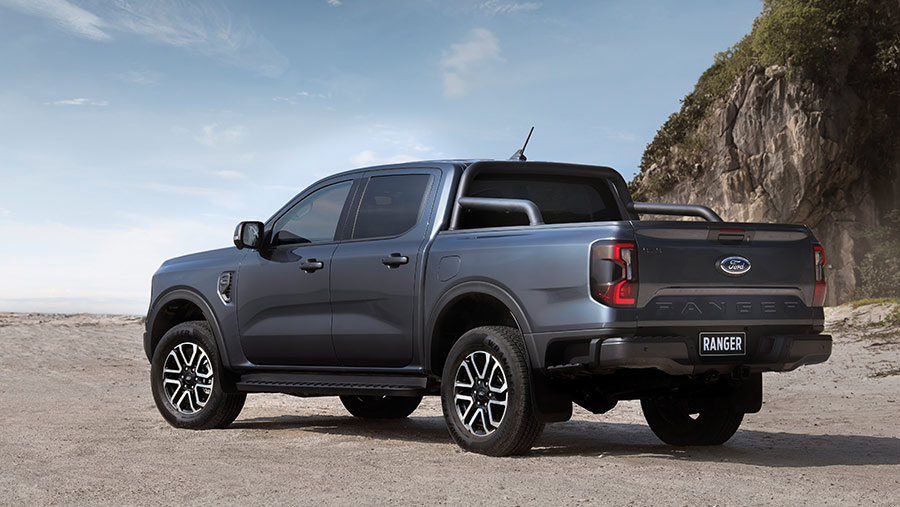 What we do know is that it will have a forged steel crankshaft and aluminium pistons “for the benefit of strength, durability and refinement” – promising stuff, if a little ambiguous.

As an alternative, Ford will offer a 2.3-litre Ecoboost petrol engine; hybrid and battery-electric models are conspicuous only by their absence.

New five- and six-speed manual transmissions will replace the current setups, and a revised version of the slick 10-speed auto will be lighter and have closer gear ratios to help with towing.

Another novelty is the choice of two different four-wheel-drive systems. There will be little change to the standard set-up, with a selectable 4×4 driveline and the ability to switch to four-wheel drive on the move.

However, a new electronically controlled on-demand system will give permanent traction for difficult conditions.

As with the current Ranger Raptor, the new Ranger will also have pre-programmed driving modes for conditions including rock, sand or ice. 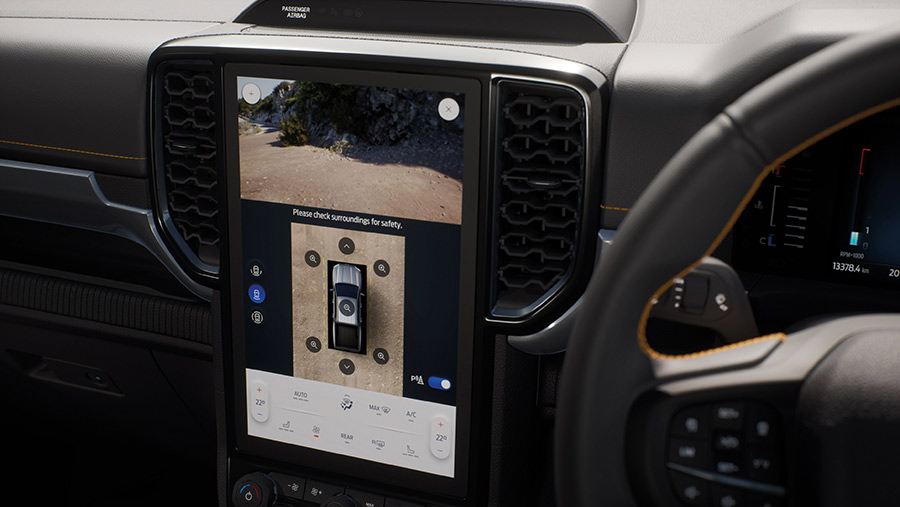 The other major change is the Americanised appearance – it’s squarer, chunkier and 50mm wider, which delivers a broader stance than before.

This has enabled the designers to fit the suspension away from the frame rails, thus increasing the track width of the vehicle and apparently improving driving performance.

The wheelbase has been stretched by 50mm thanks to a revised chassis that puts the front wheels further forward to reduce the approach angle. 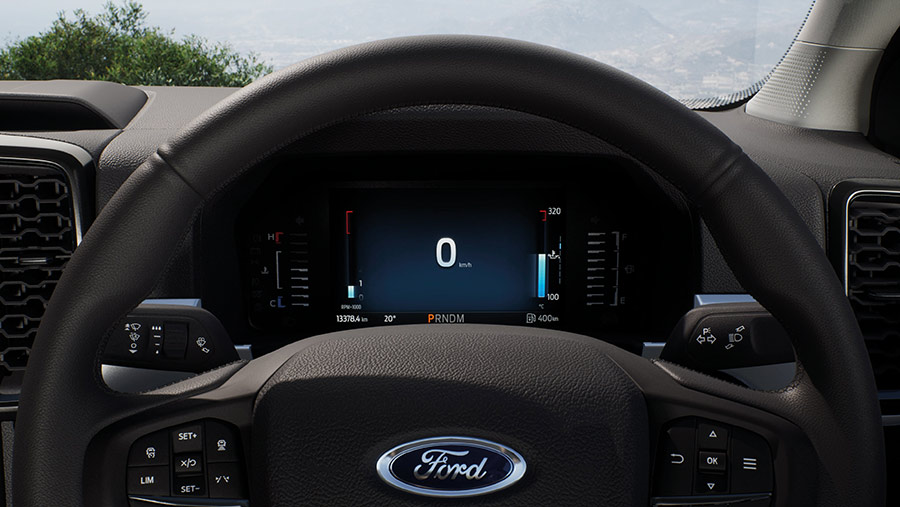 That larger-than-life theme continues with the bigger, basking shark-like grille and an oversized Blue Oval badge that intersects a chunky horizontal bar.

This is framed by so-called “C-clamp” daytime running lights to give the Ranger a distinctive and slightly intimidating front-on appearance.

One of the most useful exterior updates is the integration of a sidestep into the rear bumper that allows for better access into the load bed from both sides of the vehicle.

Ford has also improved exterior lighting options with a new fully lit load-bed and powerful puddle lights to illuminate the ground nearby.

LED headlights are available for the first time, too. 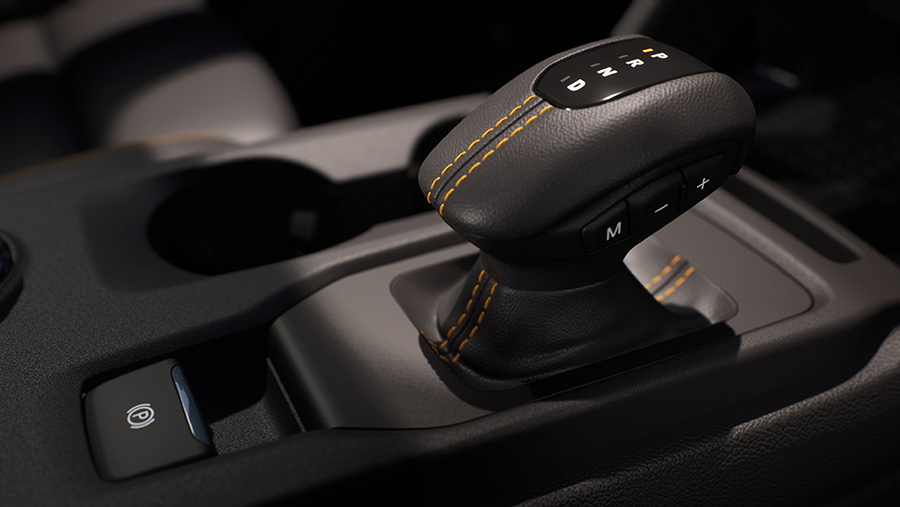 Models will get a 240V onboard inverter in the rear, and the tailgate has been redesigned to include a workbench with ruler and built-in clamps.

Plastic capping on the load-bed edges should help protect the metal bodywork when bulky items are wrestled over the lip. They also conceal structural anchoring points for easy attachment of canopies or covers.

A load-bed cargo management system with smart dividers offers the option of customised storage and the tailgate has tie-down points on the side that offer the peculiar perk of doubling up as bottle openers and, when folded out as a workbench, act as hooks for rubbish bags. 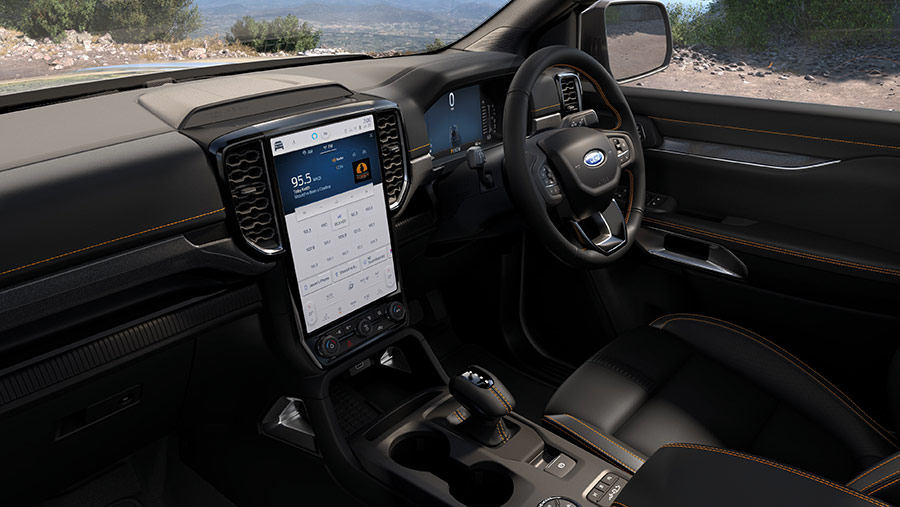 There’s also a dedicated space under the bonnet for an auxiliary battery kit to operate plug-in electric tools.

Interior upgrades include a redesigned dash, higher-quality materials and the integration of 10in or 12in portrait touchscreens using the latest Sync 4 infotainment system.

The dash cluster is now fully digital, allowing drivers to customise the display to show anything from off-road information to navigation instructions.

Ford will begin taking orders in late 2022, with prices and full UK specifications to be confirmed nearer the time.

The same platform will also be used for Volkswagen’s new Amarok, which will be unveiled next year.