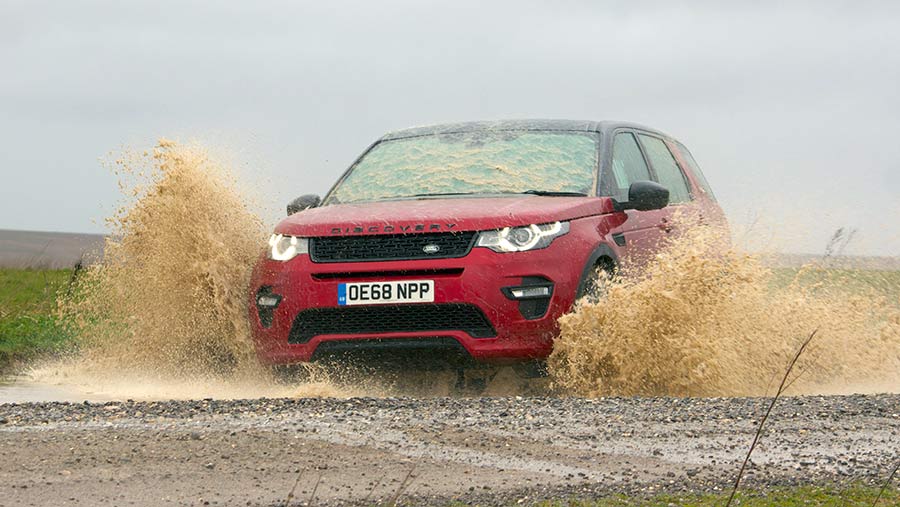 Since its introduction back in 2014, interest in Land Rover’s Discovery Sport has boomed, and sales now total a whopping 350,000.

At the time, it was Land Rover’s get-me-out-of-here ticket to the troublesome Freelander, and the restyle seems to have worked wonders, ticking the boxes for all manner of buyers – from families and retired folk, to sales reps and sporty types.

However, it means the firm’s line-up is pretty confusing nowadays, especially since Jaguar Land Rover introduced the Velar, which sits… no, we have no idea either.

One thing is for sure, the Discovery Sport is firmly planted at the bottom of the table, and with starting prices a smidge over £30,000, it is the cheapest way to become a new Land Rover owner.

It’s worth noting that few of the models littering UK roads will have rolled out for that reasonable price though. Opting for one of the higher trim levels and adding a few options can land customers with a bill of more than £50,000.

This means it has to rub shoulders with the premium German offerings such as Audi’s Q5 and the BMW X3, as well as Volvo’s XC60.

Buyers with that much to spend also have the option of stepping up to an entry-level, full-size Discovery or a base-spec Porsche Macan, both of which have a list price in the mid £40,000s. 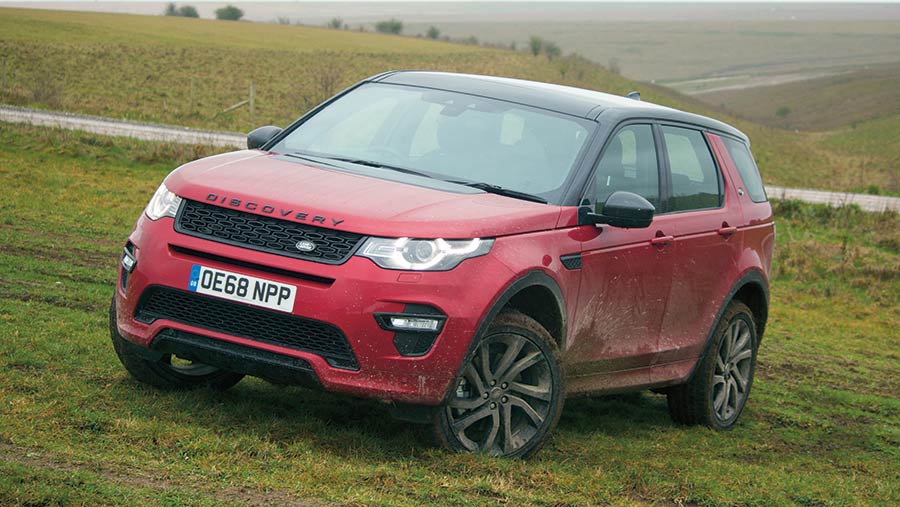 At its launch in September 2014, the Disco Sport carried an old and fairly agricultural 2.2-litre engine borrowed from the Ford Transit van.

But Land Rover now fits its two-litre diesel Ingenium engine, which is available in four versions with power outputs ranging from 150hp to 240hp, in the twin-turbocharged SD4.

Those keen to dodge diesel also have the option of a brace of two-litre petrol engines that develop either 240hp or 290hp.

Our test model came with the pokiest of the diesels, which performed as you would expect of something packing 240hp and 500Nm.

But there is a penalty for the performance – some rather disappointing fuel economy.

Land Rover publishes a combined figure of 35mpg but, after completing a test route that took in some light off-roading, undulating country roads and motorway cruising, it managed a paltry 26.3mpg.

As with all SD4 models, our vehicle was teamed with a nine-speed automatic gearbox, which is unfathomably slick when driven carefully.

However, we felt it had one too many cogs to deal with when pushed hard, and it occasionally resulted in some slightly lurchy behaviour.

Lower-spec models only come with the option of a six-speed manual, while buyers of the mid-range versions get the choice of having manual or auto. 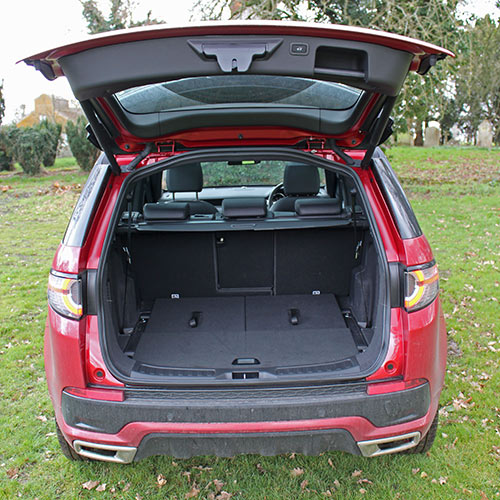 Given it has had to play second fiddle to the posher Evoque, Land Rover has done a decent job of making the interior look smart.

It seems relatively well bolted together, has stacks of storage and a sleek, uncluttered layout. However, look a little more closely and it becomes clear there has been some cost cutting with the quality of materials.

The seating arrangement is clever, with a neatly packaged third row that can be easily dropped to reveal a huge boot. The middle bank of pews also slides by up to 160mm, giving extra boot or leg space, depending on your needs.

Entertainment comes in the form of an 8in screen embedded in the dash. This has all the features you would expect these days, but it is a little dimwitted and slow compared with its German and Swedish competition. 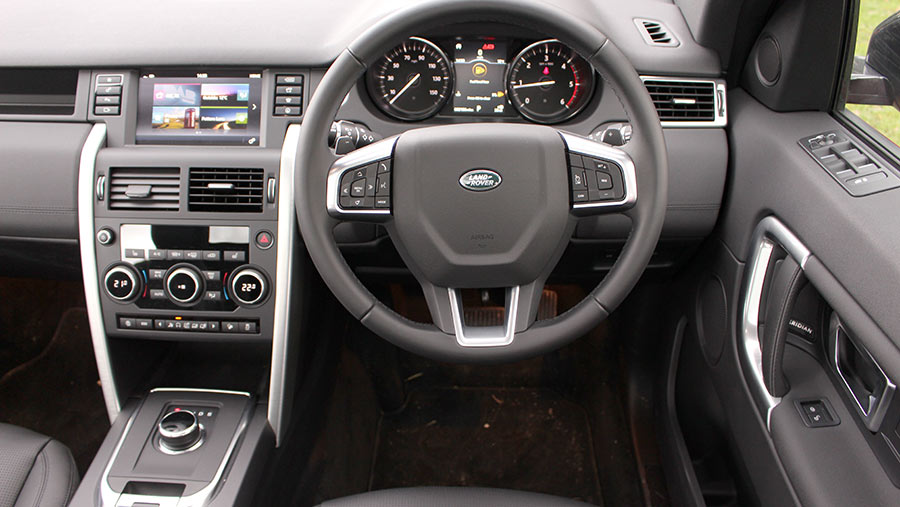 As with all compact SUVs, the Discovery Sport isn’t built with hardcore off-roading in mind, and buyers of the lowest-spec eD4 don’t even get four-wheel drive.

However, the permanent 4×4 system offered across the rest of the range will be more than adequate for most people’s needs, as will the 211mm of ground clearance.

Unlike the full-size Discovery, there is no low range, but it does try to compensate for that with its slightly gimmicky terrain adjustment scroll-wheel on the middle console.

This gives drivers the option of choosing settings for a number of surfaces that adapt the engine revs, gearing and traction control system to help best deal with those types of terrain.

There’s also a hill descent control button that helps take the vehicle down steep slopes in a controlled manner.

This is all well and good, but it didn’t to anything to improve the harsh and overly sporty suspension that made driving along rough ground a chore.

We found ourselves having to creep along rutted farm tracks, which this car should really take in its stride.

Hopefully, lower-spec versions with deeper-sidewall tyres and a less racy suspension setup will ride a bit better in this situation. 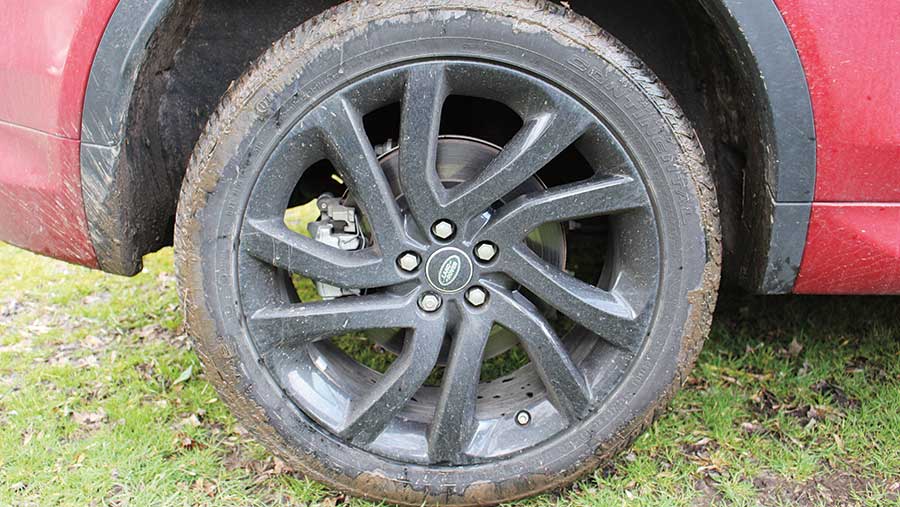 The sheer number of Discovery Sports Land Rover has sold means it must be getting something right.

As well as having the badge and image to appeal to the Hunter welly and Musto jacket brigade, it backs that up with its ability to do some reasonably tough off-roading.

The 2.0-litre SD4 engine gives impressive performance too, but was too thirsty during real-world driving for our liking.

On the inside, the smart, functional interior looks the part and Land Rover has come up with some clever ways to make the most of the space.

Unfortunately, closer inspection reveals the use of some materials that feel a bit cheap to match the potential £50,000-plus price tag.

Opt for a low- or mid-range model, though, and the Sport looks like relatively good-value option.