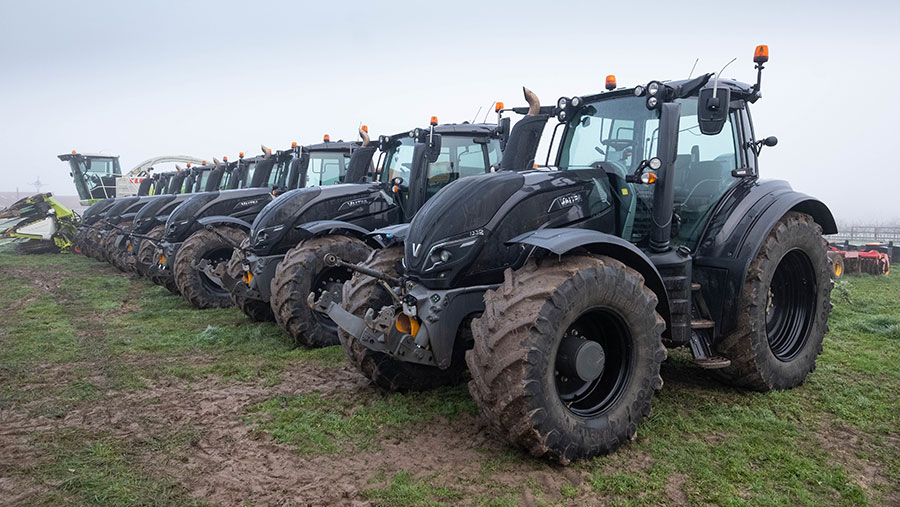 The halcyon days of AD plant contracting are over for Norfolk outfit WR Chapman, with tighter margins making it increasingly difficult to turn a profit.

The business had enjoyed five fruitful years supplying material for a 4.5MW anaerobic digester unit in Swaffham, but owner William Chapman says the figures no longer stacked up, leaving him with little option but to drop out of the market and sell his fleet of machinery bought specifically for the job.

Mr Chapman is keeping some kit to use in his remaining 1,200ha arable concern, including combines, sprayers, and six of the 12 Valtra tractors ordered in 2017.

You can read our previous article on WR Chapman’s foray into AD contracting.

Despite strong second-hand machinery trade this year, the online auction failed to shift all the kit, with a brace of Claas Jaguar foragers, a Holmer Terra Variant with slurry kit and a number of tractors and trailers failing to meet their reserves. All went on to be sold after the auction. Prices quoted include a 2.5% buyer’s premium.  .

See also: At the auctions: 13 tractors under the hammer at KS Coles sale

Among the star attractions were six Valtra T234s, which had all been through the Finnish firm’s Unlimited studio before arriving at WR Chapman. The near-identical models looked distinctive with their black bonnets and wheel rims. 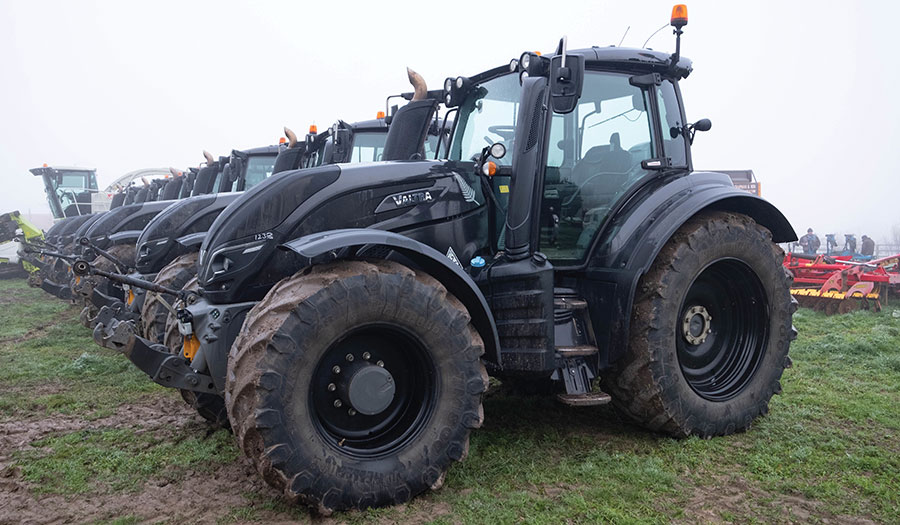 They came with a pretty high spec, including 50kph Versu powershift gearboxes, front linkages and ptos.

However, the six tractors were ordered just before the introduction of Valtra’s Smarttouch armrest, so came with a stubby gear shifter and smally screen. Hours ranged from 3,556 to more than 4,800.

Only half sold at auction despite some strong bidding.

The contractor’s Claas Xerion had clocked up a large chunk of its 6,500 hours on clamp-rolling duty. However, it still had the benefit of a Cmotion controller, Cebis terminal and GPS guidance inside, as well as a front linkage and 2,000kg of rear weights mounted behind the cab. 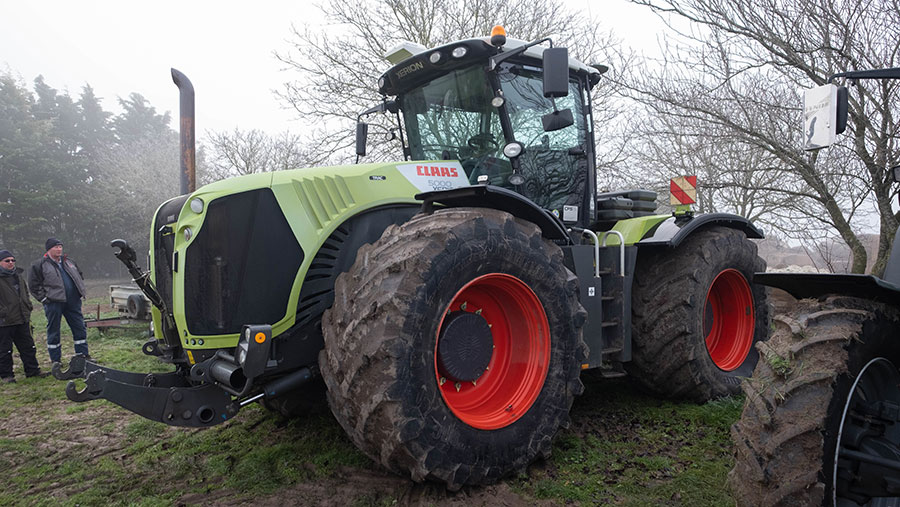 The 200hp 820 up for sale would have been one of the last machines to roll out of the Marktoberdorf factory before a major Fendt redesign a decade or so ago. These tractors have gained a decent second-hand following, which the 24 bids attest to.

The cab was showing signs of the 9,079 hours under its belt. However, the tractor had a useful spec that extended to front linkage and pto, chrome mirror and exhaust guards, Trimble Autopilot and four rear spools. 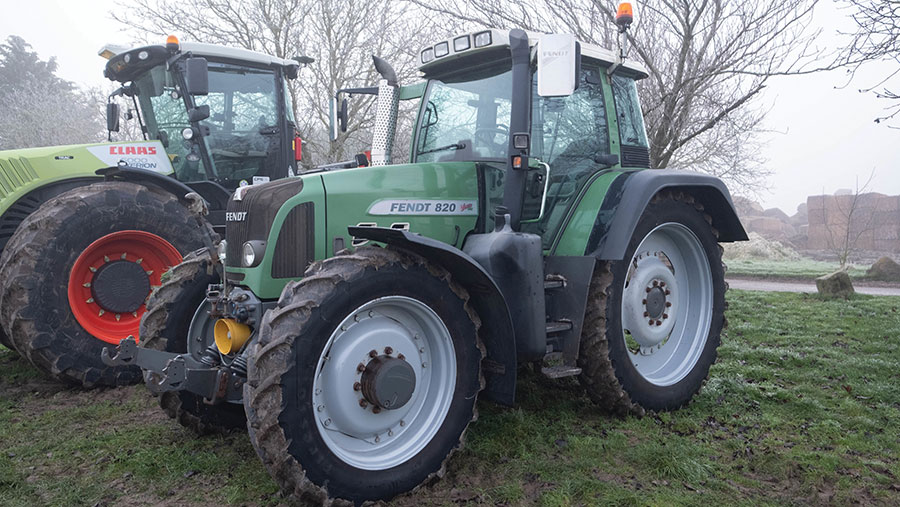 A retro Fastrac 1135 was included in the sale from a nearby farm. The 1996 machine had a Selectronic two-speed powershift transmission, front linkage and 540/65 R30 tyres still carrying a bit of tread. 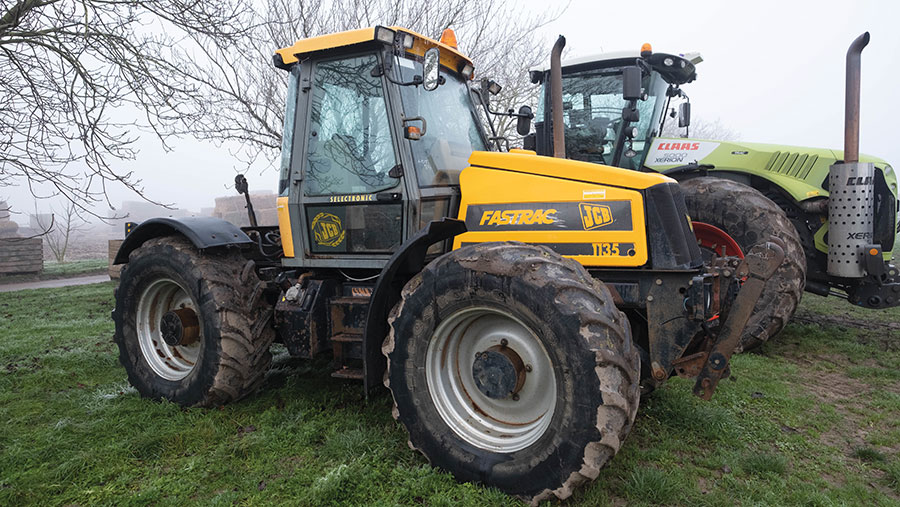 Central to the AD harvesting operation were a trio of Dezeure Multitrans rear-discharge trailers, which were crucial in keeping mud off the Norfolk roads in wet conditions.

All had air brakes and hydraulic suspension, but the Alliance A-380 650/55 R26.5 flotation tyres needed replacing. 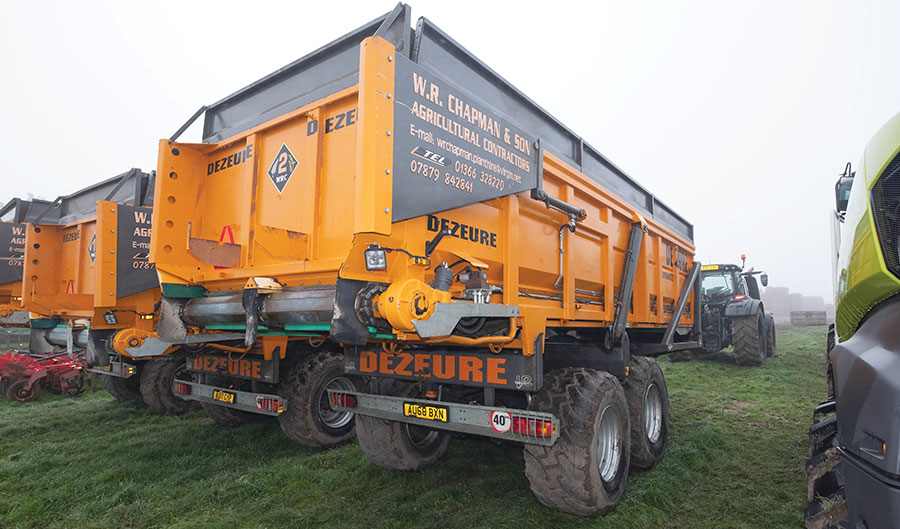 A Volvo EC250DL had amassed a lofty hour count of 12,339 during its years in the plant hire arm of WR Chapman’s business. The excavator had 27.5in metal tracks, hydraulic pipes for a breaker, anti-vandal boards and a Tefra automatic quick hitch.