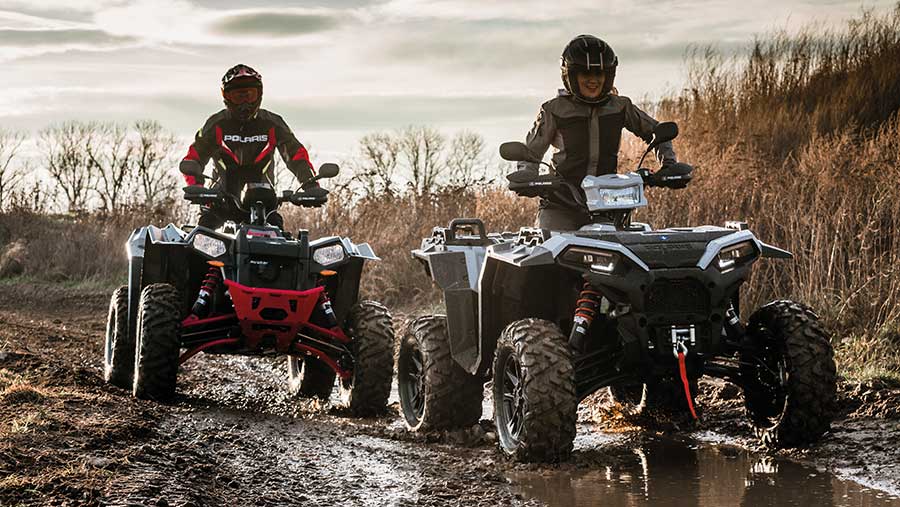 New and improved quad bikes are peppered through this year’s Ultimate Guide to ATVs as manufactures continue to add tech features and visual changes intended to catch the eye.

Honda aims to maintain its market-leading position with its two ranges of mechanically-enhanced quads – the Fourtrax 420 and Foreman 520.

Changes are mainly focused on the different transmissions available in these machines although the engine upgrade that gives the Foreman its 520 moniker is also significant.

The larger engine – up from 475cc to 518cc – with new electronic control mapping is said to deliver stronger low- to mid-range power and torque, resulting in quicker acceleration and hill ascents.

Both quad designs have effectively been given a power shuttle when equipped with the electric shift (ES) and dual-clutch (DCT) transmissions to make forward/reverse transitions easier.

The electric shuttle lever is the only control needed to go from forward to reverse and back again, so should be handy for jobs such as yard scraping or sweeping which involve repeated shuttling. 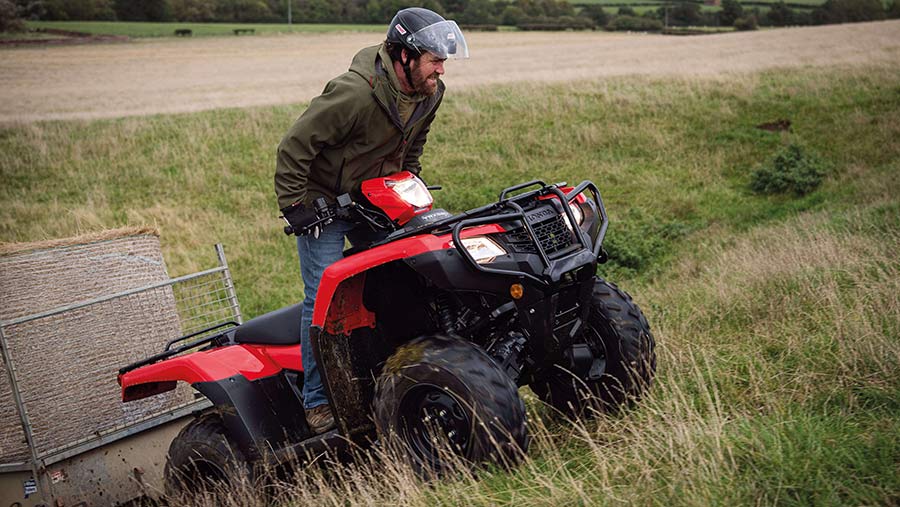 A manual override for the dual-clutch drive – which effectively pre-engages the next gear ready for a very snappy automatic shift – gives the operator greater control over power and speed rather than relying on the computerised control system to handle all the decision-making.

Honda expects riders to use it for up-shifts on descents – where the auto shift would hold back – and for down-shifting into corners for added control; once the override has been used, the transmission reverts to auto operation seconds later.

Elsewhere, there are larger front and rear cargo racks, a 1.9-litre capacity water-resistant storage box up front, and full-length guards on the suspension arms to better protect the driveshafts and outboard CV joints.

Several new variants and models expand the Polaris range. These include the Sportsman 570 EPS Agri Pro with its practical enhancements such as new independent rear suspension with stronger springs, steel racks front and rear, a sealed battery and the addition of carbon fibre foil and metal heat shields underneath the fuel tank.

A variable speed limiter is designed to make it easier for operators to control the machine during low-speed operations such as mowing, towing and spraying.

Rider comfort is emphasised with the Hunter Edition, which comes with hand and thumb warmers, and brush guards front and rear designed to ward off vegetation when delving into woodland. 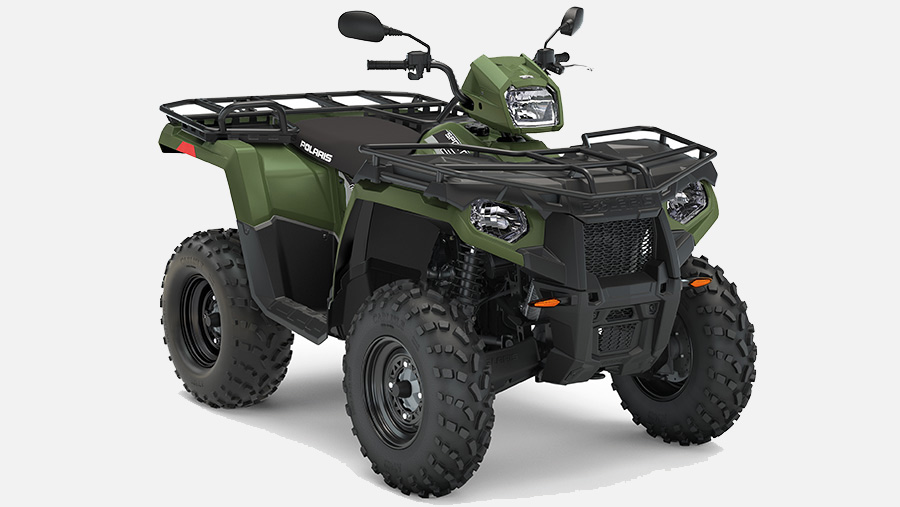 Wheels on the Sportsman XP 1000 S and Scrambler XP 1000 S are set 140cm (55in) apart and are mounted on high-clearance double ‘A’ arms said to provide class-leading ride height.

They are shod with deep-treaded 27in Duro Powergrip tyres for maximum grip. Electric power assistance should make them easier to steer, and they also get engine braking, active descent control and on-demand four-wheel drive.

A stronger chassis is at the core of the machine, supporting front and rear load racks rated to carry a generous 91kg and 136kg, respectively. It also comes with a 1,590kg front winch as standard.

The Devon-based manufacturer’s new models are based on the current two-wheel drive Dominator and four-wheel drive Eliminator 2, and share their respective chain and shaft drivetrains. 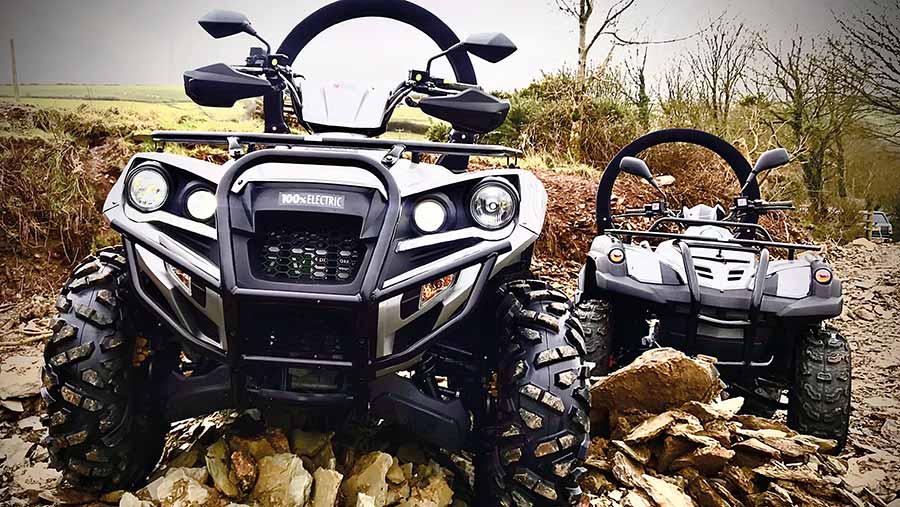 But the two-wheel drive Pure and all-wheel drive Power and Prestige versions are significantly lighter and are said to benefit from greater torque, longer battery life and faster charging.

The Power model, for example, which replaces the Eliminator’s six 12V lead acid batteries with four 72V lithium units, weighs in at 397kg versus 520kg and has a claimed range of 65km versus 40km.

With six lithium batteries, the Prestige tips the scales at 421kg and will run to 110km before needing a recharge.

Elsewhere in this year’s guide, Kymco has added the 39hp MXU 700i to extend its range, and electric power steering has been added to the sporty-looking TGB Target 600 in a range rationalised by dropping the 503cc Blade 550.

The CFMoto line-up from Quadzilla Quads has been pruned by cutting out the Terrain models in favour of a top-to-tail CForce range.