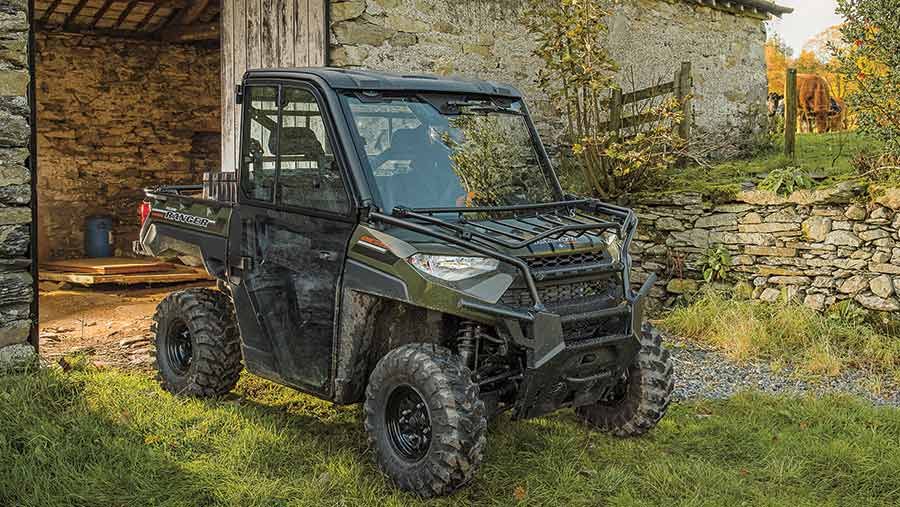 As a new manufacturer enters our 2019 UTV buyers guide, a couple of familiar names have fallen by the wayside.

North American brand Cat has withdrawn from the ATV market in the UK (although this may be temporary), and a new Spanish manufacturer, Corvus, has made its debut this year.

Initially, Corvus is offering a single model called the TerrainDX4. This is being built at a €7.5m (£7m) factory in south-east Spain and is powered by a Yanmar TNM diesel engine. Yanmar is also selling the model into the vast work and recreational market in North America, where it’s being called the Brahma. 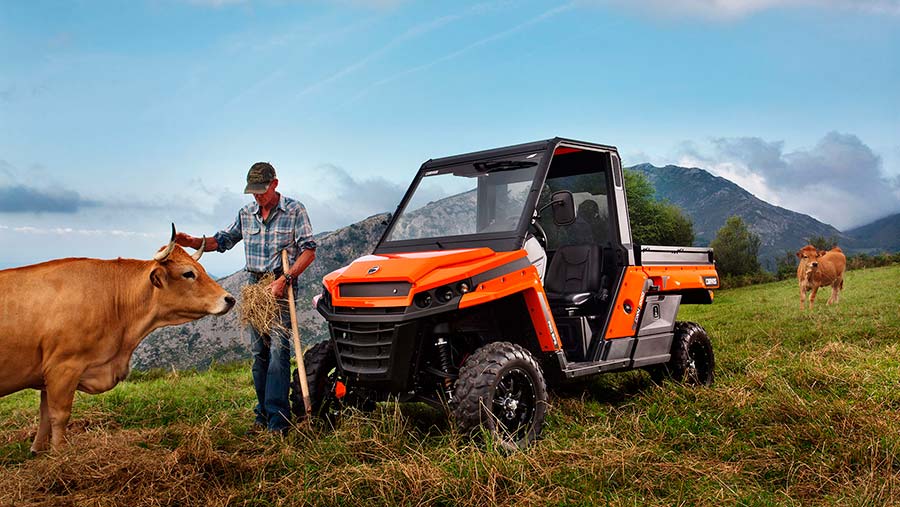 Other features include a fully integrated heater, individual front seats and several storage lockers – three beneath the seats and two at either side ahead of the rear wheels.

The lack of Arctic Cat buggies from the guide may be temporary, depending on how its parent company, Textron, re-organises its off-road business unit in the US – see our 2019 quad guide for an explanation.

While the Honda, John Deere and Kymco ranges continue unchanged, the Can-Am Traxter line-up has gained a more powerful Max model, with two rows of seats accommodating a driver and up to five passengers. 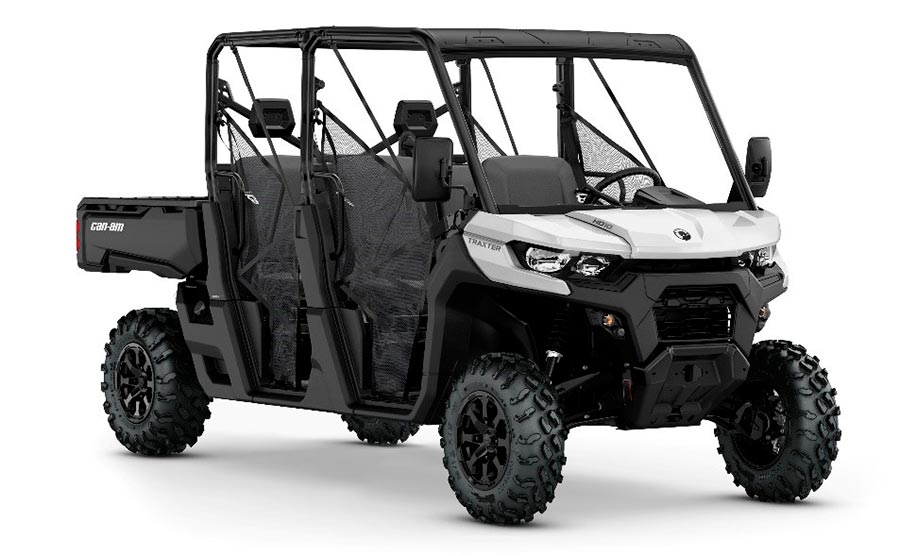 Powered by a retuned version of the 976cc Rotax V-twin petrol engine, the newcomer shares its 82hp output with all other HD10 models in the Traxter range, gaining 10hp and more torque for livelier performance.

The CFMoto range from Quadzilla has gained the sporty ZForce 550 EX to complement the existing Z1000 model. Its 38hp engine should provide peppy performance – albeit not as dramatic as the Z1000’s 80hp. It is not a big load carrier, but certainly has potential as an enjoyable means of transport for checking the sheep. 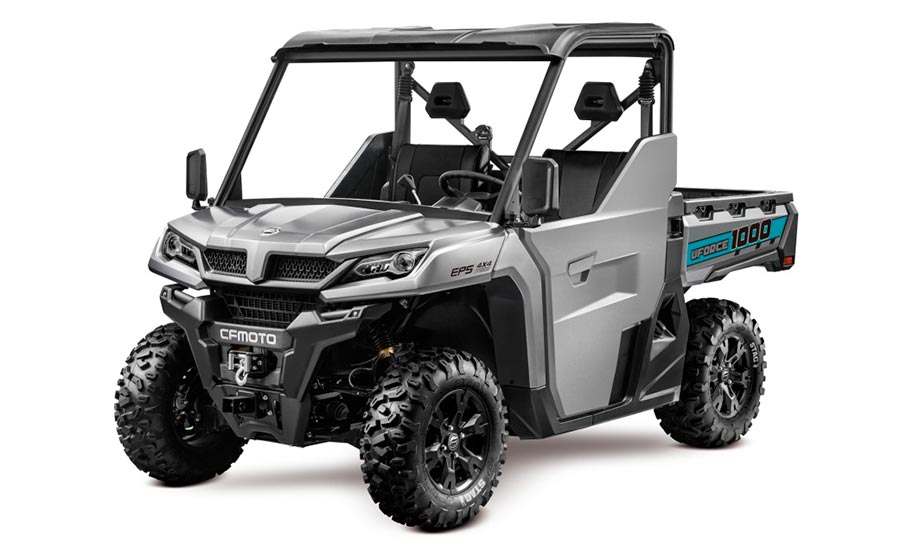 The new UForce 1000 EPS does offer more practicality and performance, thanks to a 1,000cc V-twin petrol engine developing 80hp, a tipping cargo bed rated at 500kg capacity, and bench seating for three with a sizeable storage box beneath.

An electronic throttle, CVTech drivetrain and electronic power steering are also part of the package, together with a choice of Truetimber camouflage, Titanium (silver) and bright blue colour schemes.

The HiSun range, newly introduced last year by EP Barrus, has lost the most powerful of the sector’s petrol-fuelled buggies but retains the 25hp and 30hp versions, along with the Vector E1 battery-powered model.

In the Kawasaki camp, the two-wheel-drive Mule SX has been dropped in favour of the more appealing four-wheel-drive version.

Yamaha has axed the lesser-powered Wolverine sporty side-by-side, while retaining the 847cc two- and four-seat models.

Kubota is no longer selling the 16hp RTV400 Ci from its line-up, but it has added the RTV-X1110 model to its UK range. This is of similar size and scope to the RTV-X900, but uses the more powerful 1,123cc diesel engine from the four-seater convertible RTV-X1140, with 25hp output versus 21hp.

The vehicle features an uprated version of Kubota’s VHT-X hydrostatic drive, height-adjustable independent front and rear suspension, a limited-slip diff at the front and a locking one at the rear. In the cab, 60:40 split front seating is complemented by a tilt-adjustable wheel and hydrostatic power steering.

The 50hp Ranger XP 900 EPS has been dropped from the Polaris lineup, leaving only the 82hp 1000 model from the XP series in place, while the Crew version and Diesel have been replaced by new models.

A 24.8hp Kubota engine now sits in the chassis of the Ranger Diesel, coupled to a slightly lower-geared CVT transmission with active downhill engine braking, engaged by a rocker switch inside the new cab.

Electric power for the tighter-turning steering is part of the package and the two-person bench seat alongside the driver’s chair can be folded up to release more bulk storage space in the footwell.

The Linhai diesel-engined side-by-side ATV, previously distributed by Leicestershire-based Dualways, is now available as the Quadzilla-branded 800 Diesel. Powered by a 3-cylinder 761cc Perkins engine developing 40hp, the vehicle has electronically selected two- and four-wheel drive, a CVT transmission and diff locks front and rear, plus electric power steering with a tilt-adjustable wheel.

Like a number of other buggies, the Quadzilla 800 Diesel is homologated to EU T1a status, meaning it can be registered as an agricultural machine for road use.