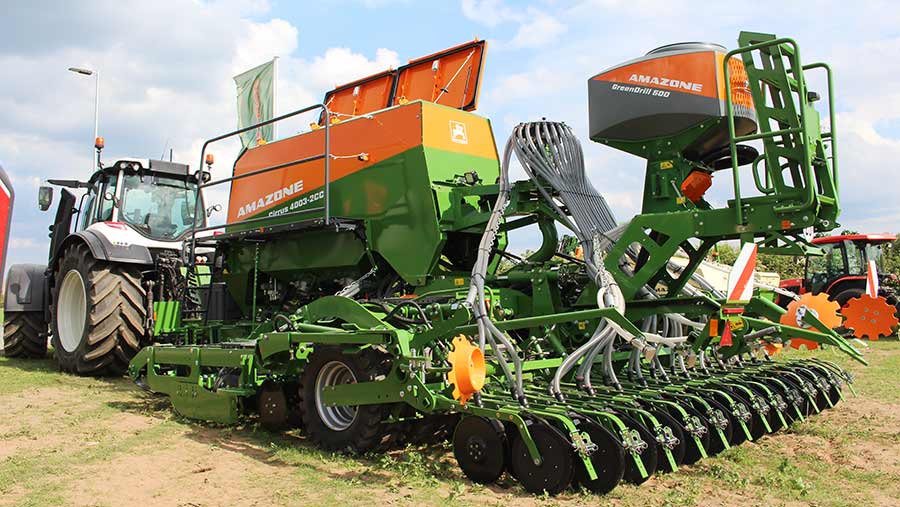 Amazone has released several additions to its machinery line-up ahead of the upcoming Cereals event in Lincolnshire.

Dropping fertiliser alongside seed when drilling is now firmly back in fashion, and Amazone is the latest manufacturer to convert its Cirrus models with this option.

Historically, it offered the arrangement as an option. However, the two products used the same tube, which led to fertiliser occasionally scorching the seed before it had fully established.

Fertiliser is laid between the rows of seed, meaning there are half the number of Fertec coulters on the drill. It also sets the product in deeper – by as much as 300mm – than the following seed.

The two hoppers run from twin metering drives and can be calibrated using a small terminal under the hopper to save jumping in and out of the cab. 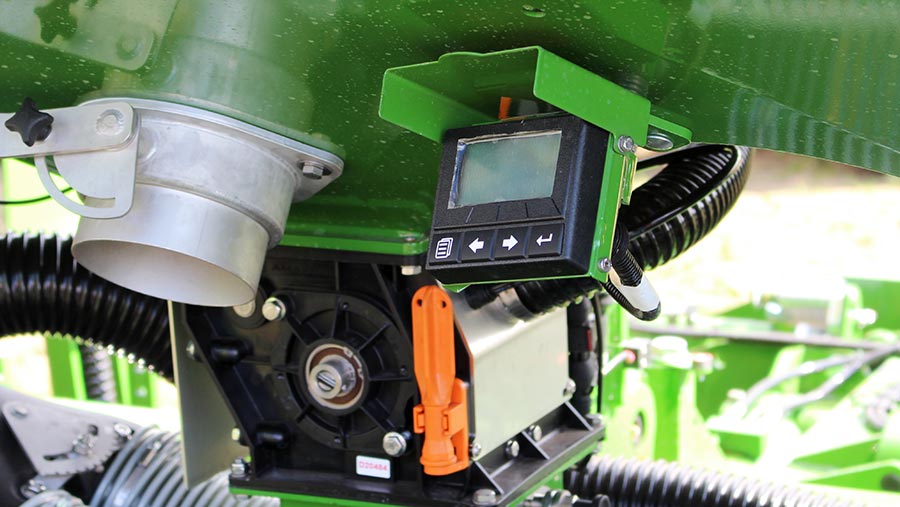 Another clever addition to the Cirrus range is the ability to vary coulter pressure to maintain seed depth regardless of soil type. These work from pre-loaded prescription maps, detailing zones where soil types change across fields.

It requires a paid-for unlock code on a majority of Amazone terminals and the drill also needs to have an electric coulter controller to alter the pressures.

In heavy land, extra force can be applied to keep the depth consistent, while in lighter soils, pressure can be lightened to avoid sowing too deep.

The system will also benefit those working on undulating terrain. Here, coulter downforce can be reduced as the tractor enters a dip (where the drill might be prone to sinking in), or increased as the machine rides over the crest of a hill to reduce the likelihood of the seeding boots lifting out of the soil.