Last month’s Groundswell no-till show in Hertfordshire gave all the major drill makers a chance to show what their machines can do in a standing cover crop of vetch, oats, clover and radish. 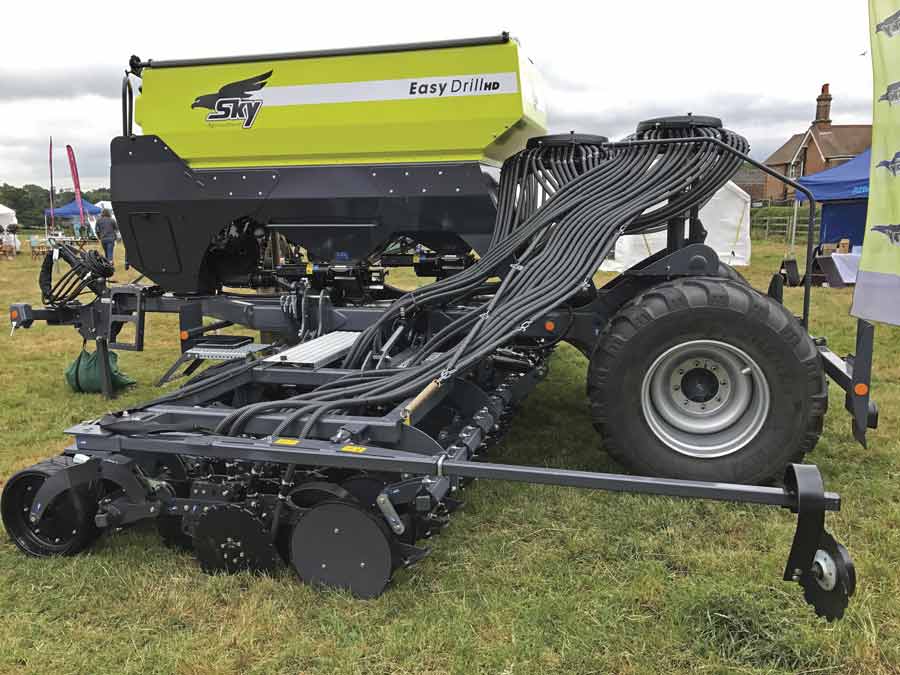 A 6m version of the Easy Drill HD is the biggest no-till planter the French firm makes, but there are plans afoot to increase its offering to 8m and 9m versions.

The 9m idea has received strong interest in the UK, says the company, because it should slot seamlessly into a CTF system using a combine header of similar size.

The 6m drill has a split main hopper for fertiliser and seed while a smaller, optional front hopper is designed for oilseed rape or slug pellets.

It takes 200hp to pull and UK importer Opico sold 10 of the 6m versions last year. 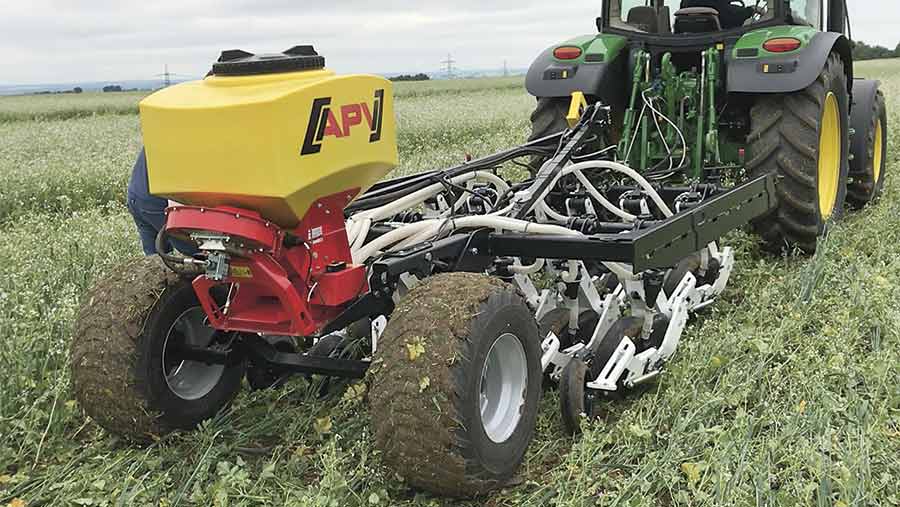 Sly revealed its new Boss earlier this year and it has already found homes on two UK farms.

It features a disc set-up that had been developed and tested in Australia, though the drills are bolted together in France.

They use an angled opening disc which lifts a flap of soil for the seed to sit in, closely followed by a press wheel to lock it in place, leaving minimal soil disturbed and no access for pests.

Seed drops via gravity rather than being blown into the ground and depth control is set on the in-cab control box. The range includes a 12m version that weighs 11t and costs £110,000. 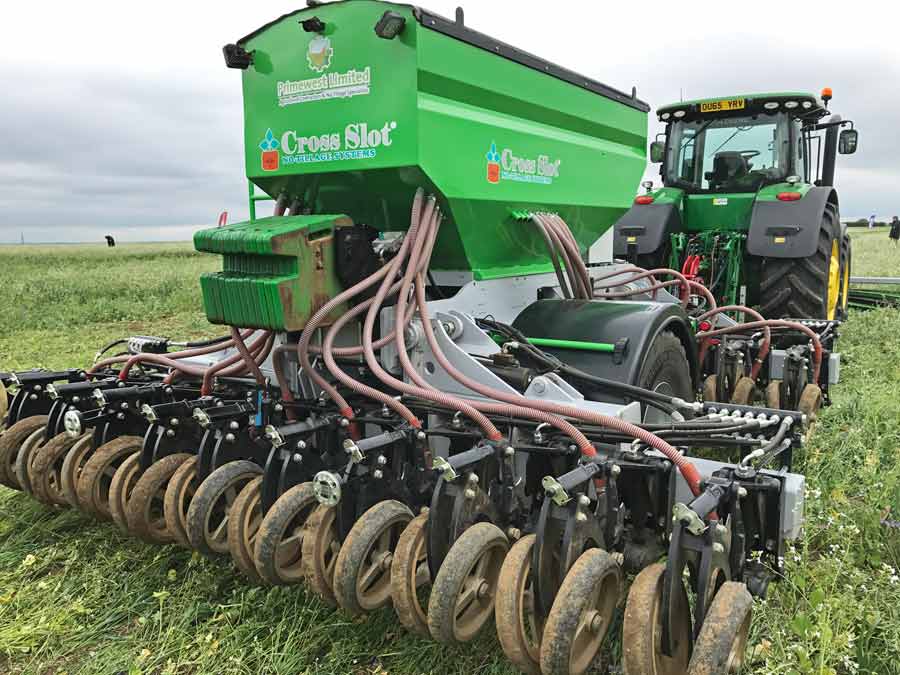 Primewest was showing a £8,000, 4.6m-wide front crimper which attaches to the front linkage of its Cross Slot drill to flatten the crop in front of the tractor, crimping not cutting the stems to prevent the plant from growing.

The company reckons that one man can drill 1,200ha/year with its 4m rig as there is no need to keep switching over to a primary cultivator.

There’s the option of seed and fertiliser drilling at the same time, while each opener has individual depth control and up to 450kg of pressure. 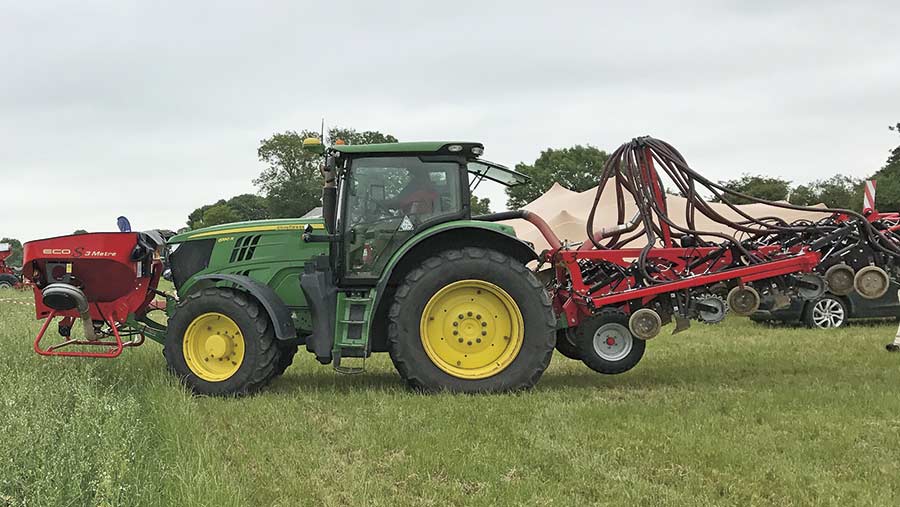 Dale claims to be the only drill offering adjustable row spacing on a 12m machine.

The monster model weighs a shade under 10t empty and requires a minimum of 300hp on the front. It can fit into a conventional system and as well as a solely no-till operation, the company says.