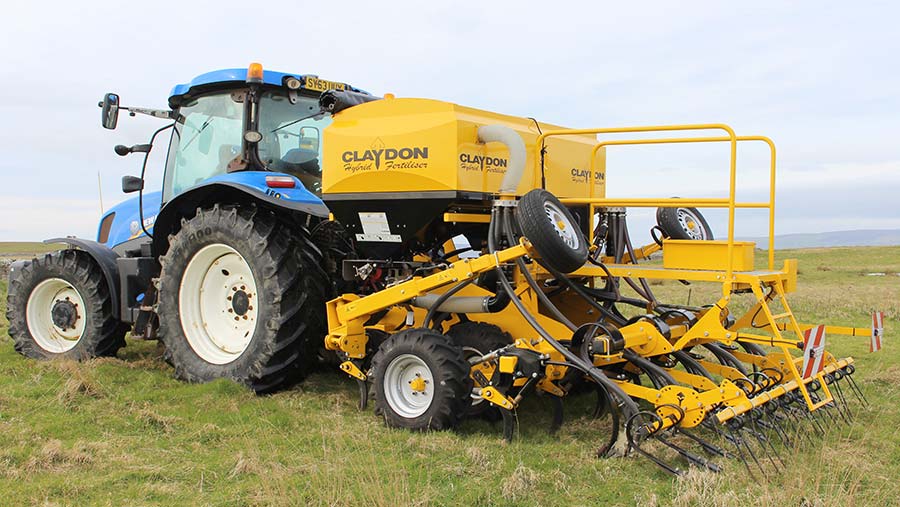 Estate manager Jean-Baptiste Bady and farm manager Callum Orr, who run an arable operation at the world’s most northerly castle on the small central island of Shapinsay, Orkney, have picked out the best and worst bits of their 3m Claydon drill.

It is one of the first farms to adopt a direct drill system on Orkney and the purchase has created plenty of interest in the local area and neighbouring islands, with farmers keen to see if the method can work with such extreme weather variations.

In April 2018, we took delivery of a 3m Claydon Hybrid M Fertiliser drill after plenty of research into the system.

It is a leap of faith as farming on the Orkney Islands very much revolves around a plough-based system due to the limited growing season of our 1m of rainfall every year. 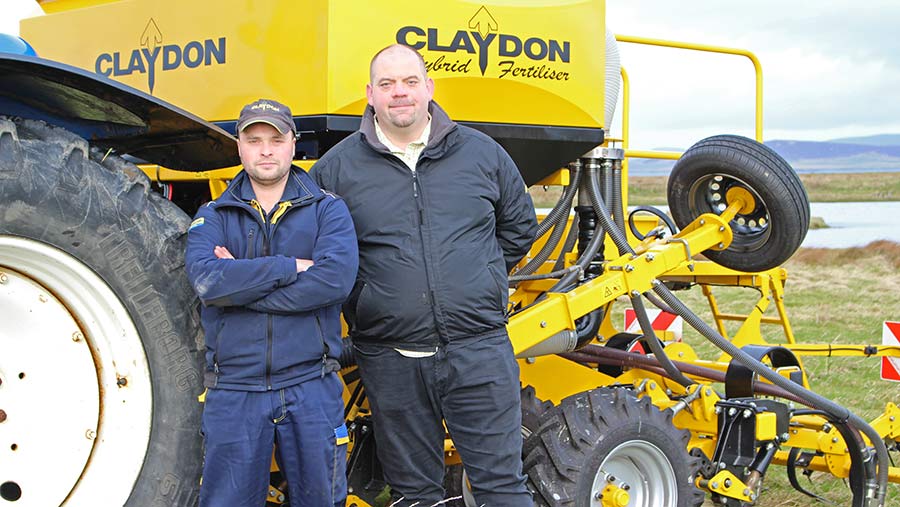 We went to see one being used by a farmer in Aberdeen and that convinced us to buy one and we also visited the factory in Suffolk to meet Jeff Claydon.

We used to get a local contractor in with a one-pass Kverneland drill, which worked fine, but we were still ploughing everything, so that meant we were making three or four passes to get the seed in the ground.

The worm population had almost vanished because of this and the soil wasn’t aerating properly, so the structure was suffering badly.

Drainage is a key issue for us due to the rainfall and turning over slabs of soil wasn’t helping the situation.

The soil is also harsh on plough metal and, although we only have a small acreage, we could only do about three seasons before the metal needed changing.

Our drill is the mounted 3m model and has an extra set of depth wheels that are manually adjustable on a top link. Underneath, it’s identical to any other Claydon model.

The leading tine cuts a grove in the soil at 100mm, but we can alter this on the depth wheels or by moving the tines to one of the five settings.

They hydraulically reset, which is imperative as our stony ground would cause too many broken shear-bolts.

Following this is a winged point that slices through the top profile of the soil and throws material out to either side, with the seed dropped down two tubes at the rear.

There is another pipe that dispenses fertiliser, before the rear paddles and a following harrow push loose soil over the seeds.

So far, we have covered about 100ha with no issues.

The drill’s arrival created a bit of a buzz around the island, and when we drilled the field in the centre of the village, the wall was lined with interested residents and farmers curious about the new path we had taken.

One of the drill’s simplest parts is the calibration.

Once the type of seed is selected on the cab box, it’s still a manual bag holding process and a button on the side of the drill weighs the seed out.

It only needs to be done twice for it to be pretty much spot on, though I do a third just to make sure.

Although our New Holland T6.155 is GPS ready, we don’t use it as our biggest field is 8ha, so there is little point in paying money for the subscription.

We have immovable rocks just below the surface in some of our fields, but the legs kick out of the way swiftly and return to work much quicker than I imagined.

The split hopper is great and saves another pass to spread fertiliser after we have drilled.

There’s also a clever recirculation system from the fertiliser tank into the main grain hopper that means the whole 1,200kg can be used for a single seed from the main tubes.

Last year, we established some wild birdseed areas for the agri-environment scheme.

I chucked the birdseed mix in the fert hopper and some barley in the grain hopper to provide some feed for the birds, which worked really well.

My biggest gripe is the rear view – as the tank sits so close to the tractor, the hopper fills the rear window and doesn’t leave much room for seeing what else is going on. 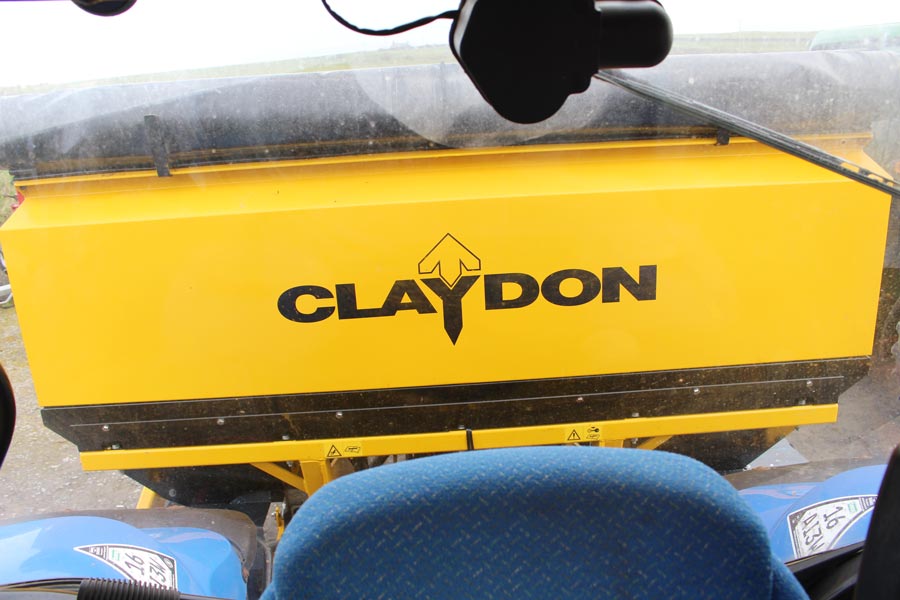 It would be nice to have it further away from the tractor to check for blocked pipes or broken parts, although being a mounted model, it’s not really possible.

Cleaning the hoppers at the end of the day can also be awkward, as the bottom frame is placed close to the outlet of the hopper and restricts access.