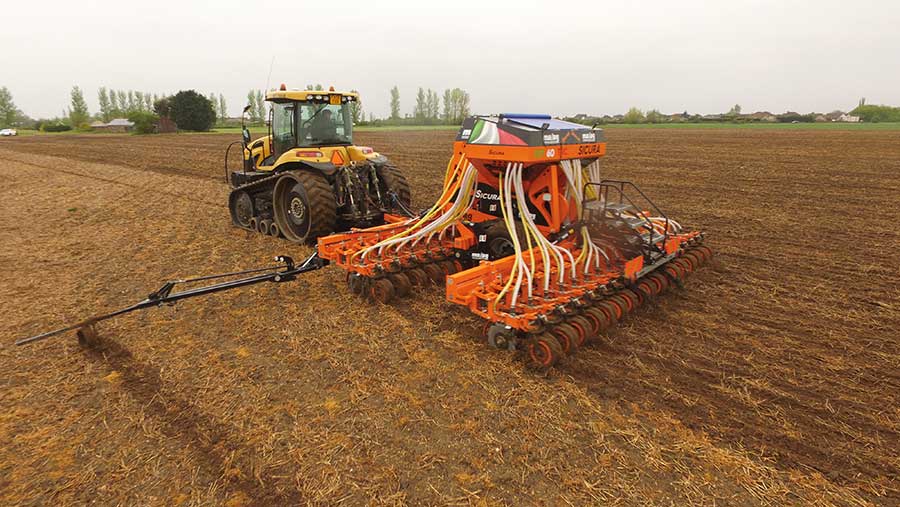 John Mair from March, Cambridgeshire, gives us the low down on his Ma/Ag no-till drill. He reveals the benefits to soil and cost, tells us how it has performed, and what he’d change.

I first saw the Ma/Ag at Cereals and, after researching all the other direct disc drill options, we were the first in the UK to buy one.

A 4m version was delivered in 2013 and we had the latest 6m delivered last spring. It’s pulled by a Challenger MT765B – not for the horsepower requirement, but its lighter footprint on tracks.

The farm used a plough-based system for many years, but it was very expensive in diesel, metal and general wear and tear on the machinery, so we decided to move to minimum tillage in 2009.

Once our soil structure had improved, we gradually moved into a low-disturbance drilling system. We now use a Tilso Rake & Roll after harvest to spread the straw evenly and encourage a weed chit.

This is followed by a low disturbance Tilso subsoiler, before spraying off with glyphosate just ahead of drilling. 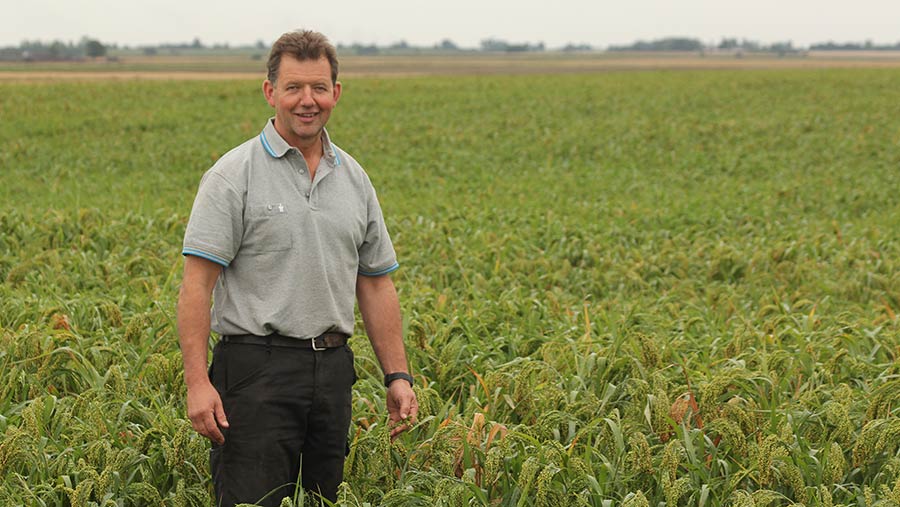 I don’t believe there are many soils that truly self-structure, so the subsoiler lifts any compaction without moving much soil and gives us peace of mind that water will get away over the winter.

In addition to cost savings, there was also an environmental case by improving soil health, and it has helped us get on top of the blackgrass. We have seen soil biology improve, with worm counts going up and residue broken down much faster.

The drill has a vertical 450mm serrated opening disc, which works about 25mm lower than the smaller diameter seeding disc that follows. Seed is placed in the side of the slot by a second angled disc and fertiliser goes in beneath the seed.

There are three pressure settings on the 33 coulters, with up to 250kg available from the springs. Depth control is on individual self-cleaning 150mm-wide rubber press wheels, which close and firm up the slot.

The drill has RDS electronic metering, which has the capability to run variable-rate seeding, but I don’t use that at present. I know where our blackgrass patches are and increase or decrease seed rates manually on the control box when required.

The tank takes about 1t of seed and 0.5t of fertiliser and we’re putting a starter fertiliser mix down the spout with most of the spring crops.

The fact that the leading disc works below where the seed is placed means there is some drainage away from the seed, which is an advantage if wet conditions arrive soon after drilling.

Having 250kg coulter pressure and simple depth control were some of the features that attracted us to the drill. The transport wheels also lift right off the ground to put all the drill’s weight on the coulters.

We have fields that are very heavy at one end and light at the other, so accurate seed placement can be difficult across soil types and the drill places the seed exactly where you want it to be. I can’t stress the importance of getting it at the right depth for even emergence.

It also disturbs very little soil, so you get minimal germination of blackgrass. Combined with later drilling in the autumn and spring, and the fact the 6m machine lets us drill everything quickly and wait for the right moment to go, it’s helping us beat blackgrass. 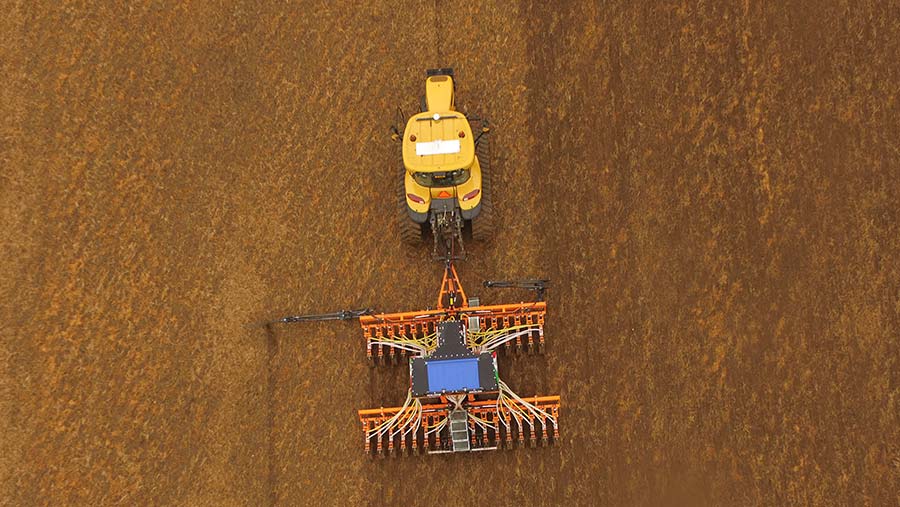 We have worked with Ma/Ag since 2013 when our first drill arrived and, since then, several changes have been made. The initial angle of the hopper was too shallow, so treated seed wouldn’t run out the corners well, but that has now been rectified.

Fertiliser placement was also added and the bout markers have been strengthened.

The only issue I have now is that due to the length of the drill – the two rows of discs being separated either side of the transport wheels to the front and back – is that there’s a noticeable delay on the back row when moving into work out of corners.