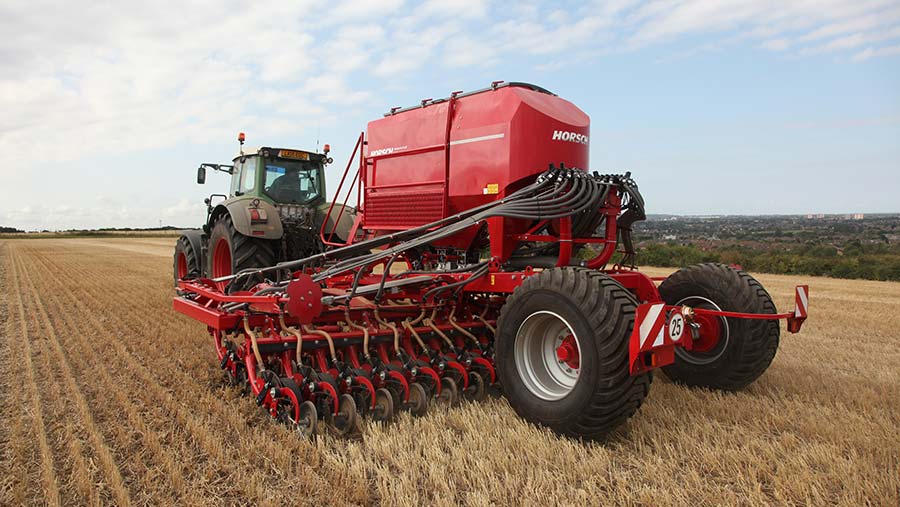 Lionel Shaw runs a Horsch Avatar at Manor Farm, Luton, and explains his why he changed to a no-till drill, how it works and gives us his verdict on the machine.

We have a Horsch Avatar 6.16 SD with additional micro-granular hopper, which can be used for starter fertiliser and slug pellets. We also have a 2005 6m Horsch Sprinter grain and fertiliser tine drill.

We didn’t opt for the additional 1,400kg weight on the Avatar because if the going is hard then we’ll wait for it to soften or use the Sprinter with Dutch openers.

We were putting too much effort into a plough or min-till system and needed to find a way of reducing our cultivations, so I joined a no-till group called Base.

There are so many people there to share experiences and you can take different ideas, understand how they work, and pick what is best for your farm. 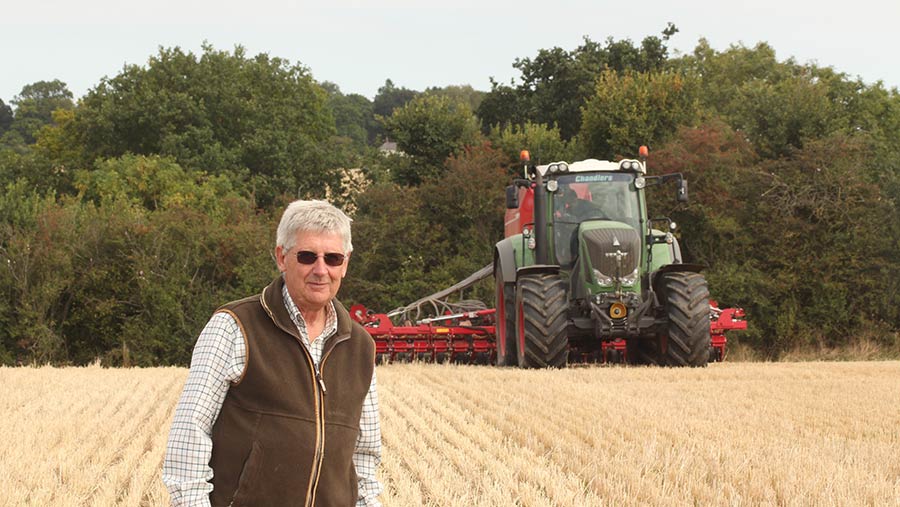 We’ve tried a lot of drills over the years. We had a Dale tine drill, but it was too early in its development and suffered with plugging. We also had a John Deere disc drill, but it struggled for soil penetration – one year it would work well, the next it wouldn’t.

I always liked the Deere and think it’s the best coulter you can get. The only reason we didn’t keep it was because it can’t apply fertiliser with the seed. You can have a liquid system fitted, but it takes a lot of remedial work to get the tank on.

We then moved to a disc/press min-till system with our 6m Horsch Sprinter, but the tines were too big and too much like a blunt instrument for direct drilling.

We didn’t sell it, but bought a 6m Claydon to get back on the direct drilling route and although I’ve got nothing against the Claydon drill, it moved too much soil for us.

My son Edward and I found the Horsch Avatar at the Sima show. It has an opener about as close to the John Deere as possible, but the Horsch also has a very good metering mechanism and the ability to place grain and fertiliser. Last autumn we decided to go for one and got a Leader grant to help fund it.

The Avatar has 36 single-disc coulters spaced at 16.7cm and each 20in disc sits at a 7deg angle to open a slot.

A small seed boot beside the disc drops the seed – and fertiliser if in use – into the slot and a small rubber catching wheel prevents seed bounce. Finally, an angled wheel closes the slot.

Depth is controlled on each individual coulter by a gauge wheel, adjusted on a winding handle held tight by a nut and bolt mechanism.

We drilled all the spring barley with it this year and were really pleased with the results. We put it in with an NPKS compound fertiliser (24-8-8-8) and it paid dividends this spring with the later drilling.

The drill sails through residue without any noticeable hair-pinning. The coulters are the main thing – they don’t move a lot of soil and blackgrass germination is much lower compared with a tine drill.

Seeding depth is also extremely consistent, emergence is uniform and the metering system seems accurate and easy to calibrate.

It helps that we have a 12m Rite-Way straw rake, which I bought after a trip to Canada – everyone has one over there. It came in bits and our farm engineer Philip put it all together.

If we are in a situation where there is too much wet residue, we always have the Sprinter with the Dutch openers to fall back on.

The worst part is emptying the hopper. It’s OK if you have a clean floor space and a small amount of seed or fertiliser left over, as you can let it drop out, but large quantities aren’t easy.

The access between the bottom of the hopper and the coulters below is poor and it’s difficult to get a bag in there. 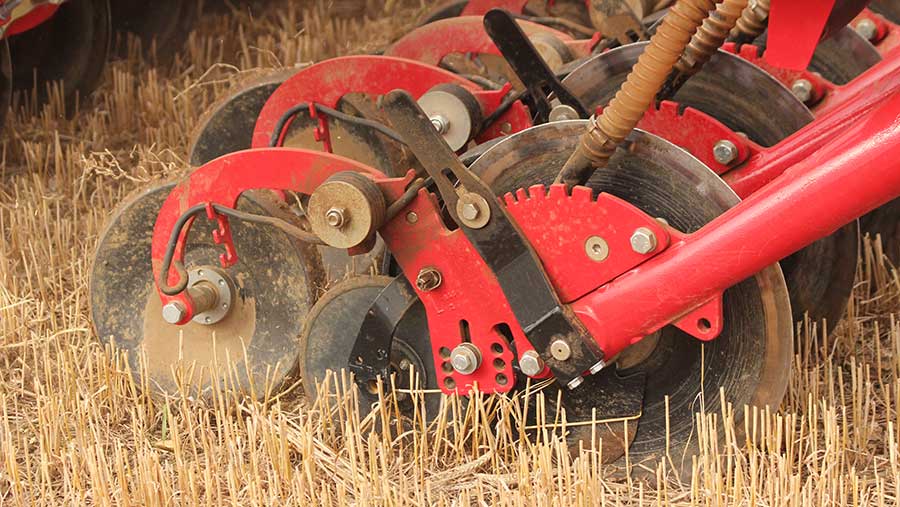 Coulter adjustment on the Horsch can be time consuming © Adam Clarke

Another issue is the individual depth adjustment. A nut and bolt requires slackening on each of the 36 coulters and it’s time consuming, whereas the John Deere is just a pull-and-twist mechanism.

The walkway mesh used on the hopper platform gives good access but has a very aggressive pattern and is painful to kneel on if you need to do any work on it.