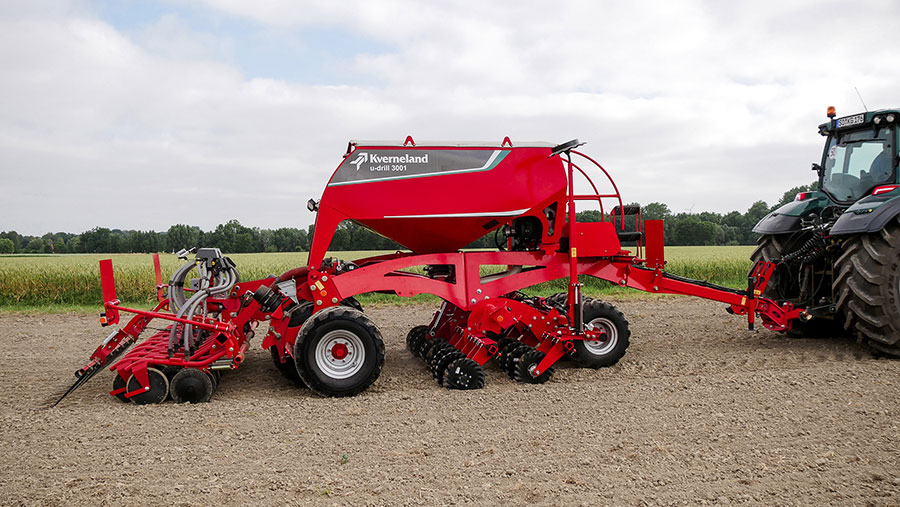 Kverneland has added a low-disturbance disc combination to its U-Drill for growers looking to minimise soil movement.

The MD Disc offers an alternative to the firm’s short disc harrow and was previously used on Great Plains’ drills, where it was marketed as the Turbo Coulter.

The 430mm-diameter straight disc has a fluted profile around its circumference, which assists with removing surface trash to reduce the risk of hair-pinning. The flutes line up with the U-Drill’s CD coulters and lightly prepare soil in a narrow 30-50mm strip, ready for seed placement, typically at a row spacing of 16.67cm.

They ride on an auto-reset rubber mounting system, allowing them to follow ground contours and lift over any in-field obstructions. 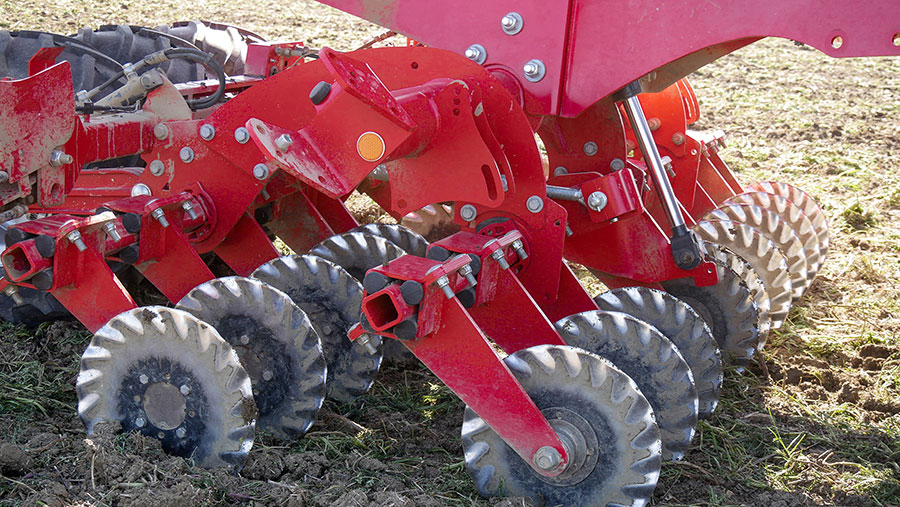 The four-model trailed U-Drill range is available in 3m and 4m rigid formats, or with a folding mechanism on 4m and 6m versions. Hopper capacity is 3,000 litres on all but the biggest, which has a 4,350-litre volume, and they’re designed for relatively high working speeds of 10-18kph.

Prices for a 3m grain-only U-Drill start at £53,922. Details on the cost of the MD Discs will be announced later this year.