Drill maker Monosem claims it has increased possible drilling speeds by developing a new coulter damping system, which it will be showing at this month’s Grassland & Muck event.

It says the Monoshox set-up allows speeds of up to 12kph without any negative effect on drilling consistency.

The new system uses shock absorbers that would typically be seen on a car, instead of the previous metal-bushed coulter protection.

Seed spacing, drilling depth and seed-to-soil contact remain as precise as before, the company claims, with the only difference being increased output from the drilling unit. 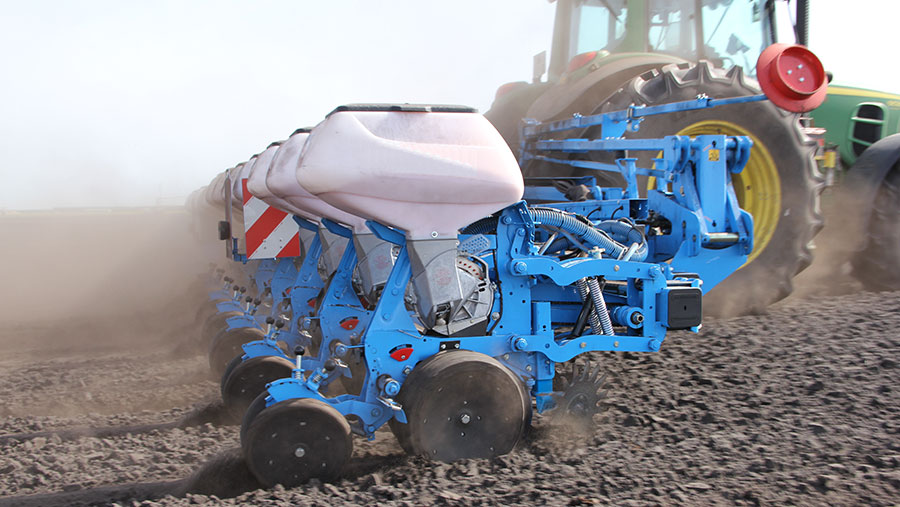 Grassland & Muck 2017 will be bigger and better than ever and will be your chance to see all the latest machines in action.

The 190-acre event covers every aspect of grassland management, helping you make the most of your grass, from varieties and establishment to harvesting, baling, ensiling and feeding.

Go to the Grassland & Muck website for more information