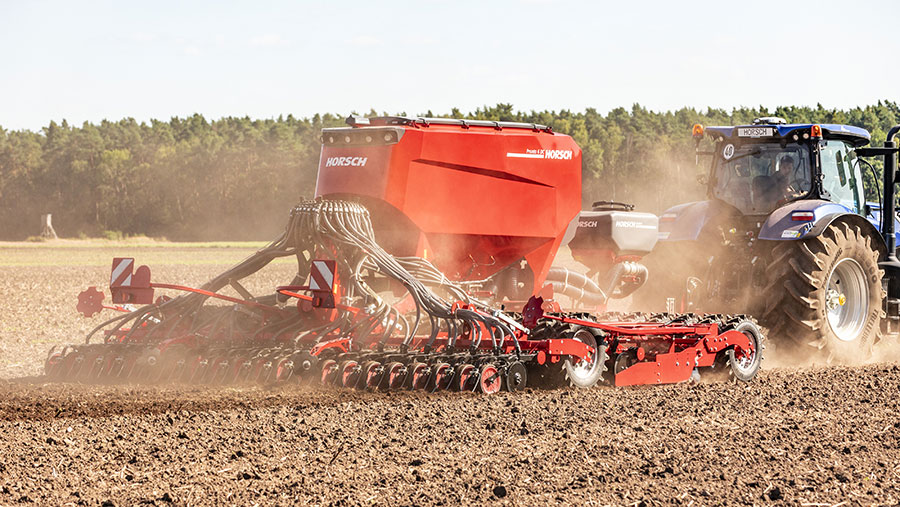 A fresh design, new interface and larger hopper options have been rolled out across several of Horsch’s popular drill ranges.

The 3m, 4m and 6m Pronto models have greater seed carrying capacity, now topping out at 4,000 litres on seed-only versions and 5,000 litres for those with a split tank for seed and fertiliser.

Other stand-out changes include a relocation of the drill’s fan from directly behind the tractor to an integrated casing at the top of the hopper to minimise the amount of dirt and dust entering the metering and distribution system.

The distribution heads have also been taken out of the tank and positioned on the rear to maximise internal space.

A new side walkway should ease loading and extra LED lights have been added, too – including a new integrated cluster on the rear of the hopper to help illuminate the coulter bank.

Users can also add a Minidrill hopper for small seeds or pellets, which directs material to the seed distribution coulters.

New 450mm (18in) diameter wheels are bigger than before – up from 400mm (16in) – to comply with 40kph road travel regulations. Horsch says there is the potential for 7m, 8m and 9m models in the future.

The Avatar range has also been given an upgraded hopper that has a monster 6,500-litre capacity, which should reduce downtime through less frequent refills.

Horsch says the 12m model has been more popular than it first imagined, which it puts down to the Avatar’s relatively modest 240hp tractor requirement.

A new user interface is also part of the package, as is the higher mounted fan to prevent debris ingress.

Widths start at 3m and extend to the colossal 18m unit, and there is the option of a Minidrill hopper, too. 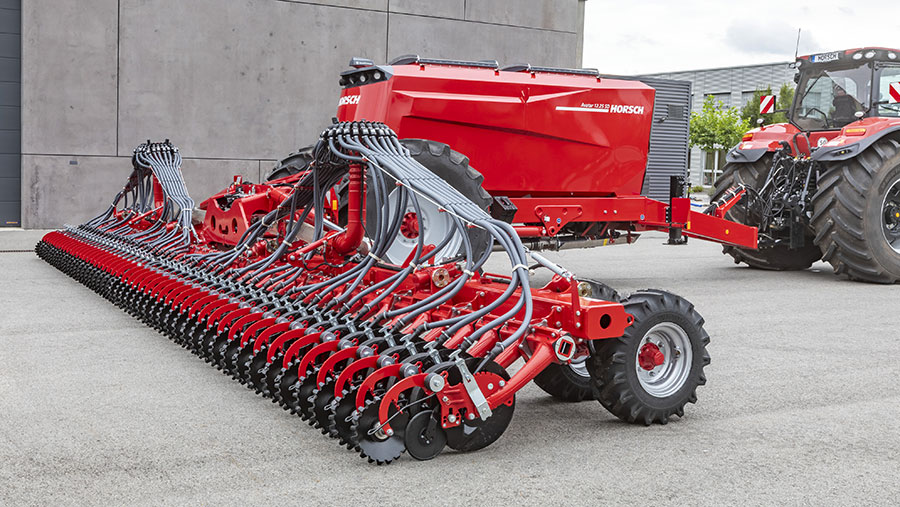 After requests from customers, Horsch has introduced a 3m version of its Strip Till drill – the Focus.

Aimed at medium-sized farms, the 3m Focus comes with a 3,500-litre steel hopper split 60:40 for seed and fertiliser, which is the main distinguishing feature from its bigger 4m and 6m siblings. 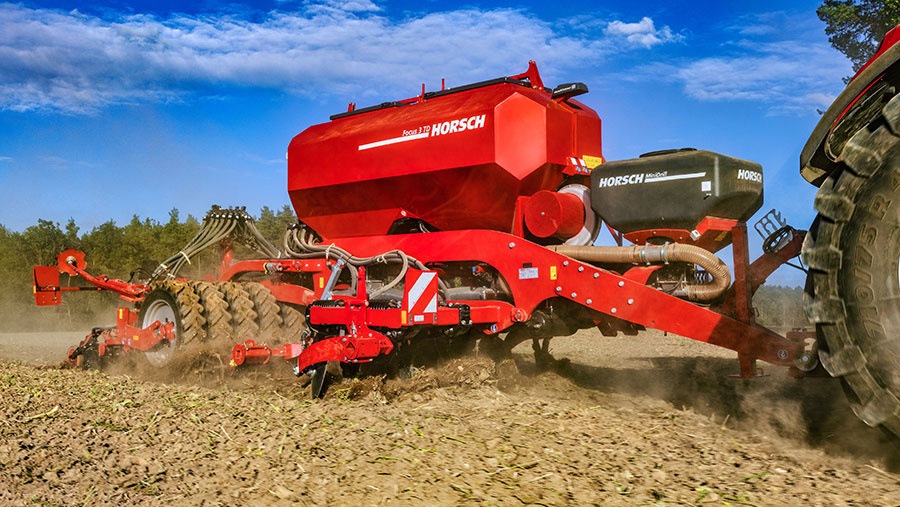