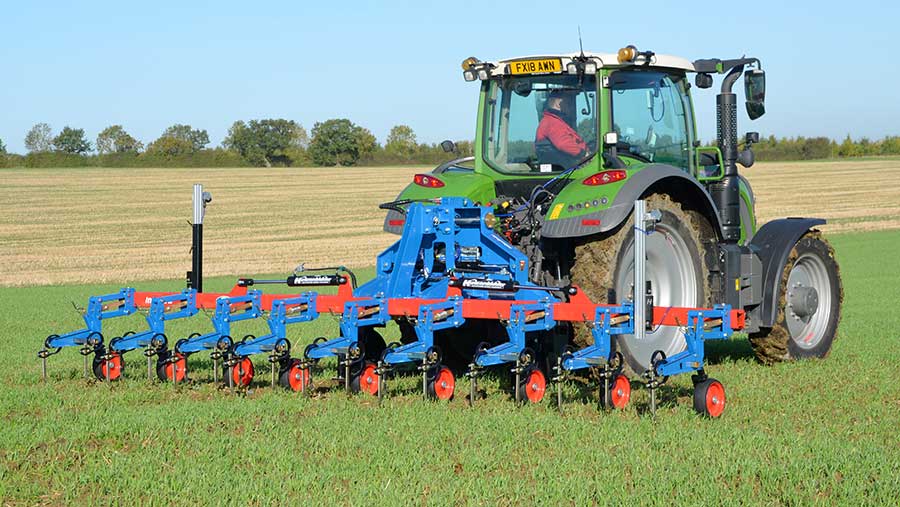 Importer Opico is adding a new range of Hatzenbichler interrow cultivators to its mechanical weeding options in an attempt to cut farmers’ reliance on chemical controls.

Austrian firm Hatzenbichler has been sending comb and grass harrows to these shores via Opico for the last 25 years and the pair will now concentrate on getting interrow cultivators onto UK farms. These machines work by running a tine in between every crop row to shave weeds off just below the surface over a number of passes throughout the growing season.

Opico has seen this as an opportune moment to introduce the new products as pressure increases from consumers to use fewer chemicals in food production. Coupled with the chemicals themselves dropping off the approval list at a steady rate, mechanical weeding options could be a viable alternative in future. 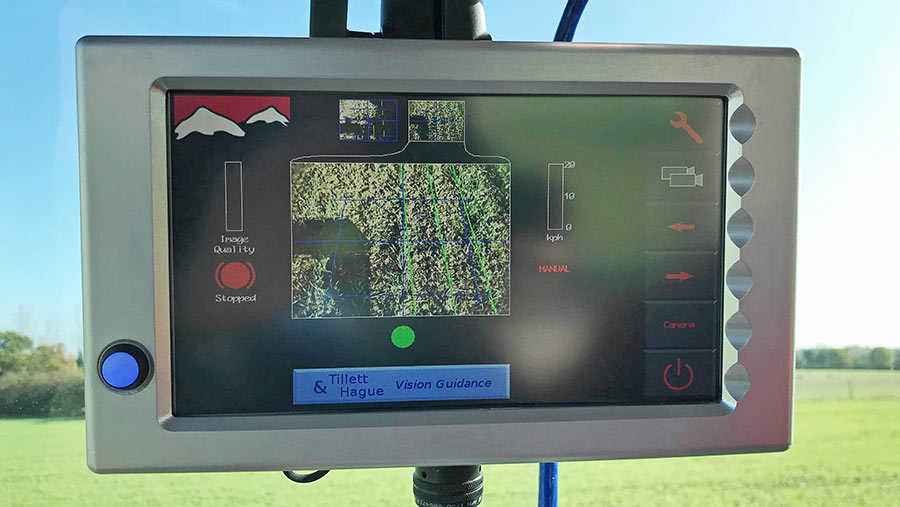 The range will officially be launched at Lamma 2020 and there is a plethora of custom-build options that depends mainly on the row width run by individual farmers. Sharing one of these between farmers is possible, but systems have to be compatible – for example, a 6m cultivator has to follow a 6m drill at the same row spacings.

For combinable crops, which will be one of the key markets for Opico, widths start at diddy 3m machines and run up to 18m, coming in mounted or semi-mounted form in either rigid of folding configurations.

There is the option for front or rear mounting, and Farmers Weekly has been told the latter will form the majority of UK set-ups. Row spacing choices are from 12.5cm to 30cm.

The legs consist of a Vibro spring tine that has a manually adjustable depth to avoid going too deep and disturbing cash crops’ roots. At the base of the tine is a 150mm duck foot share that is secured by roll pins; this slices through the soil to take down weeds just below the surface and limit immediate regrowth.

A hydraulically folding 16-row machine takes up to 180hp to pull, and Opico reckons speeds of around 8-12kph should be achievable, dependent on soil condition. 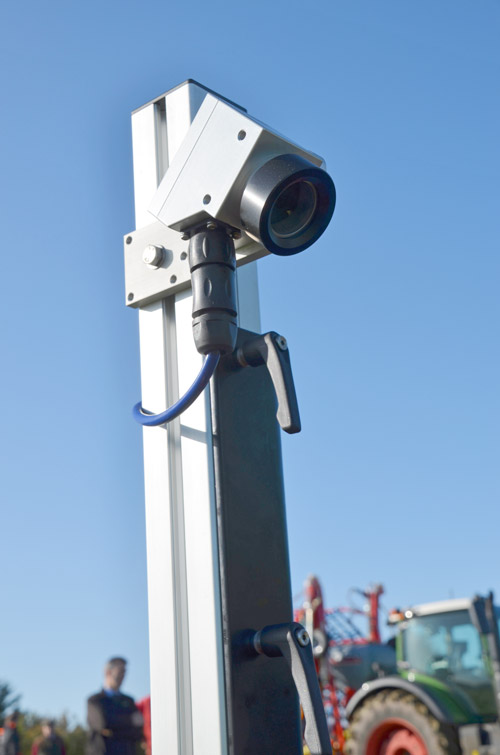 There are two options for guiding the cultivators around the rows of crops; a Hatzenbichler steering headstock or the fancier Tillet and Hague camera system. The machines can’t be guided by GPS as satellite drift by just millimetres could be disastrous.

Hatzenbichler’s headstock uses two wheels anchored in the ground to keep it steady and double acting ram to side shift the cultivator along the rows. There are three sizes of headstock, depending on the cultivator’s width, but the standard 850kg model will fit a 6m unit. The benefit of this is that it can be taken off and used with other machines, such as comb harrows.

The other option uses a camera on each side of the implement to keep the tines away from drilled crops. It is possible to have eight cameras depending on the machine’s width and it works by visual odometry that identifies plants and points rather than via GPS. This makes it the most accurate camera-guided system on the market, the company says.

Where the headland meets the land work, a Muller section control-type system will lift pairs of parallelograms out of work. These operate via hydraulic valves and have 13 separate sections to avoid uprooting headland crops.

Who will buy one?

Unsurprisingly, the bulk of users are organic producers who don’t have the armoury of chemical products on offer to traditional growers. However, Opico is keen to tap into areas such as maize, potato and sugar beet growers, along with conventional arable producers.

Machine demonstrations will likely take place on a test farm due to the bespoke build for specific growing systems. Hatzenbichler claim all manner of crops from strawberries, pumpkins, sugar beet and onions can be mechanically weeded.