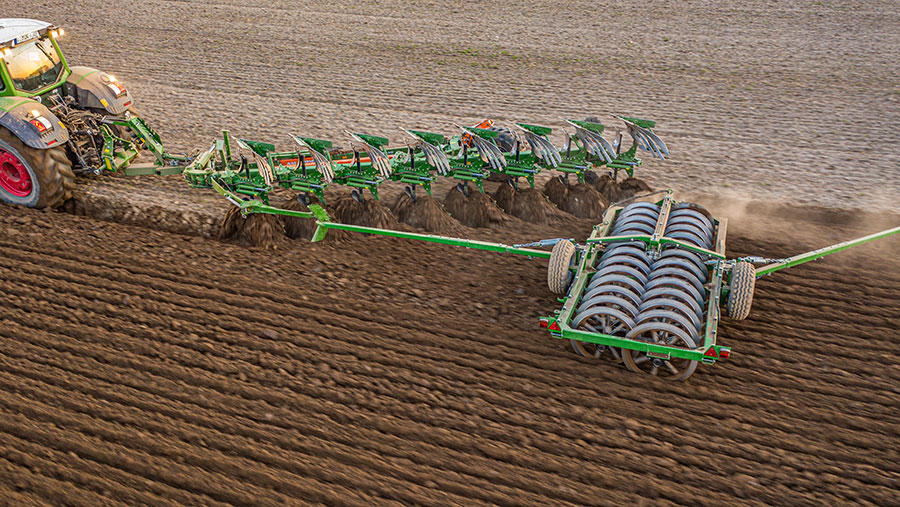 Amazone has unveiled a new series of semi-mounted ploughs that will replace its current range-topping Hektor models.

The Tyrok is available in seven-, eight- and nine-furrow formats with a 200x150x10mm beam and 100cm interbody clearance. There are three models, with the basic eight-furrow Tyrok 400 offering mechanical furrow width adjustment from 35cm to 50cm and underbeam clearance of 80cm or 85cm, plus the option of bolting on a ninth furrow.

The mid-range, seven-furrow Tyrok 400 V (with the option of a bolt-on eighth furrow) includes hydraulic vari-width from 33cm to 55cm, while the fancier Tyrok 400 VS is almost identical, but adds hydraulic stone release.

One of the ploughs’ notable features is the Speedblade body that allows for a faster forward speed. It has an extra-large front shin that should extend the life of the main mouldboard because the wear point gradually shifts back as the working speed increases from 6kph to 10kph.

According to Amazone, this means the front shin takes the brunt of the work, so the cost of replacement metal will be significantly lower than having to replace entire mouldboards.

There is no gap between the point and blade that would otherwise allow soil residue, baler twine or other debris to tangle and block, the bodies have a wide furrow clearance for use with bigger tractor tyres and an open frog should reduce the risk of soil sticking. 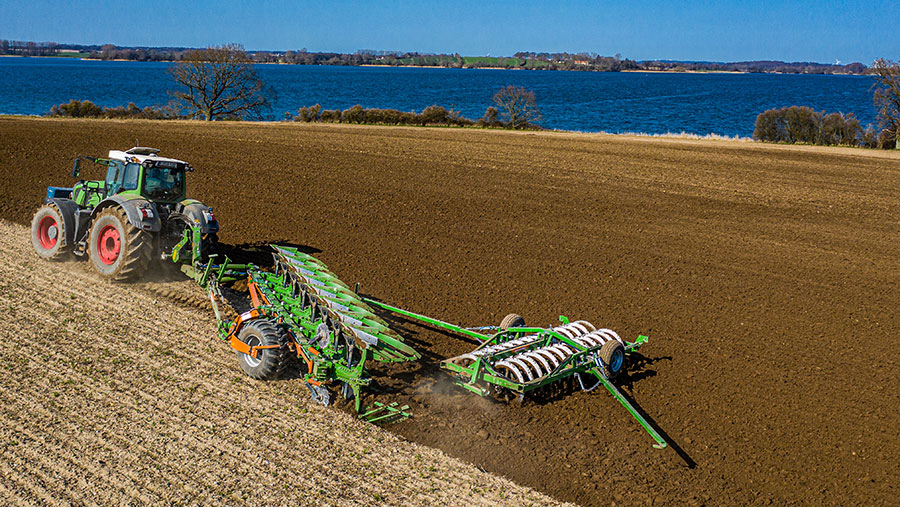 The company has also introduced carbon into the manufacturing process for wearing parts, which apparently makes them harder and smoother to extend service life and reduce fuel consumption. For particularly tough conditions, heavy-duty points are available, as are reversible, interchangeable points for quicker set-up times.

A Smartturn system on the Tyrok flips the plough over in just nine seconds on the headland, but the process is slowed before the end of the cycle to produce a damping effect that puts less stress on the hydraulic cylinders.

The auto-reset system sees hydraulic rams push individual bodies back into the ground should they hit an immovable object. This has a trip rating of up to 2,000kg, but can be adjusted centrally for the whole plough or separately on each body.

A new Autoadapt system automatically tweaks the front furrow when the overall width is altered on vari-width models, which could be handy in changing soil conditions or when working across slopes.

The pull line can be adjusted via the 180deg rotating headstock to keep the plough running straight and there is also the option for traction control, which uses an extra hydraulic ram to transfer weight to the tractor’s rear axle.