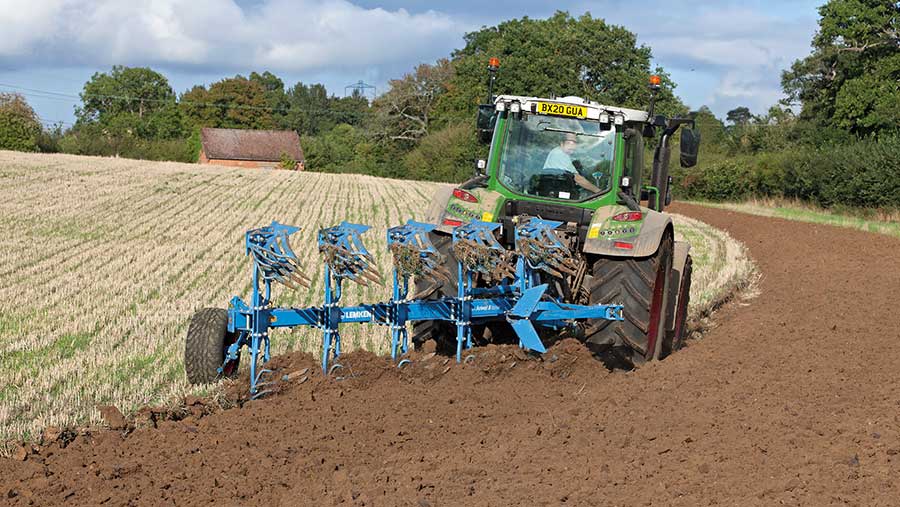 Although the humble plough might have fallen out of fashion in some quarters of farming, there are still those who require a simple, no-nonsense implement to bury the remnants of last year’s harvest.

German maker Lemken provided this year’s tillage tackle for our annual tractor test and reckons that demand has remained steady for ploughs, despite thousands of farmers adopting minimum tillage methods or switching to direct drilling.

Cheeringly for the firm, a few customers have even returned to ploughing after decades away, recognising that turning over soil on a rotational basis is still one of the best ways to reduce the population of persistent weeds such as blackgrass and brome.

To give our four tractors a decent work out, Lemken supplied its popular five-furrow Juwel 8.

The company’s mounted plough offering comes in three ranges and the 15 models offer multiple width options and furrow formats.The mounted Juwel 8 slots in the middle of the Juwel 7 and 10, with the numbers reflecting the level of spec and tech.

All models can work on land or in furrow and most have the option to add an extra set of boards if required. However, Lemken has stopped allowing customers to bolt on more than one unit, as it can inevitably cause undue stress on the metalwork. 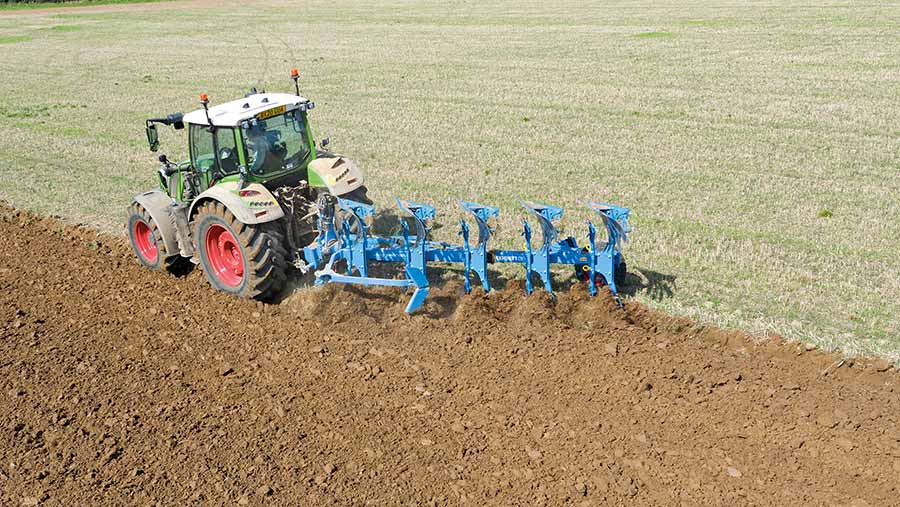 Our five-furrow model was refreshingly simple, with only two hydraulic rams – one for retracting the front furrow and the other for turnover. At this spec, the front furrow isn’t adjustable on the move, with tweaks instead achieved using a threaded stop at the end of the ram. On turnover, it pulls in to provide plenty of ground clearance and then returns to its set position ready to start work.

At the rear, the position of the stocky depth wheel is easy to set via a simple pin adjustment, but we found the hydraulic cylinder, which softens the turnover fall, occasionally got snagged by lumps of mud that prevented it from slotting into place. The skimmers also involve a manual pin and clip alteration.

Simple versions like this one don’t offer vari-width, although it is available on Juwel ‘V’ models.

For the road, there’s a lock to mount the plough in butterfly/transport mode.

The slatted CS50 boards on the plough are from Lemken’s Duramaxx range, which it has offered for 10 years. This method uses clips, rather than bolts, to lock on to the plough’s frame and helps keep the soil-engaging surface free from holes that weaken it over time.

The flush-fitting points mean there is no gap between them and the board, and the smooth surface helps limit wear and keeps the point taking a majority of the impact. Lemken reckons UK demand is fairly evenly split between solid and slatted boards, with the choice driven by soil type.

Even though there is less metal on a slatted board, the extra cost associated in the build can also be a deterrent for potential buyers, although replacing a single slat rather than whole board does reduce the running costs.

The benefits of an extra crumble when folding the soil over during our test left a much neater finish than the host farm’s solid board plough. The D1 skimmers helped to bury the trash and ours had extended tails, which forced the material down into the furrow ahead of the bulk of the soil.