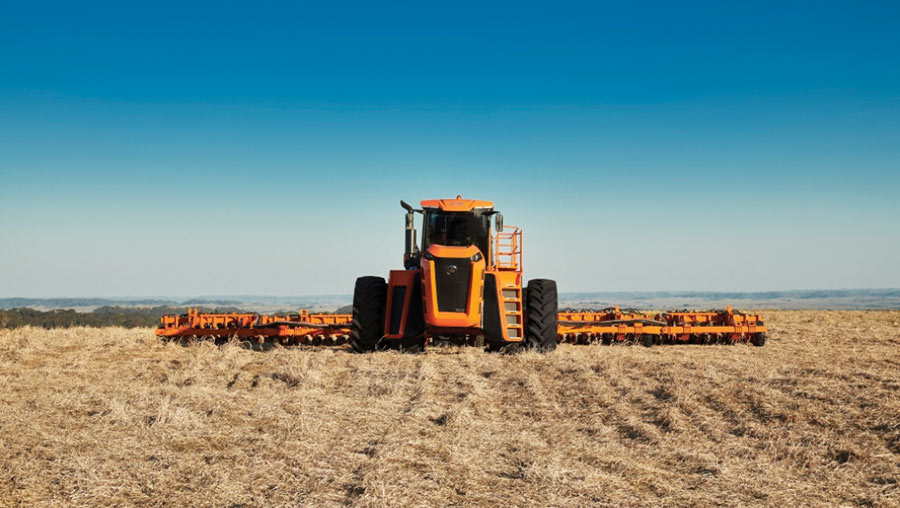 Anyone willing to pay whatever it takes to get their crops sown in double-quick time will be casting an envious eye at Brazilian maker Jacto’s new articulated self-propelled drill.

The whopping Uniporter 500 carries an 8,700-litre tank for seed and fertiliser, which should also save pesky breaks in play to refill.

And its 30m, 61-row wingspan is apparently good for 22ha/hour – provided you can get it through the field gateway.

Propulsion comes from a 470hp diesel engine and electric generator, with a hybrid transmission feeding power to electric motors on each of the four wheels.

A pneumatic singulation system is able to regulate the seed rate to reduce undersowing and oversowing on curves and five-section articulation of the main frame helps keep the disc units biting into the ground.

The Uniporter 500 is available only in very small numbers for the Brazilian market, so Jacto is remaining coy on the price. 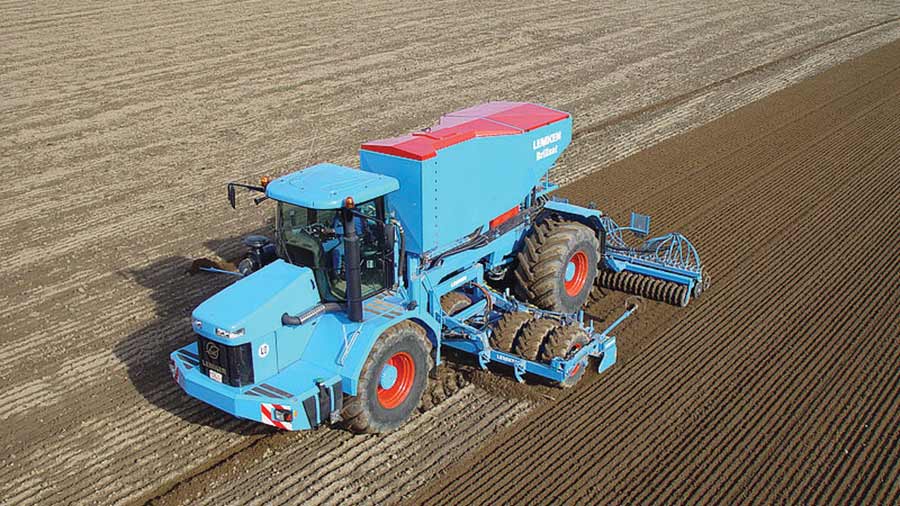 It’s not the first company to have a crack at developing a self-propelled drill. Though several farmers have assembled their own using Vervaet tractor units, the most notable purpose-built version was the 22t Lemken Brilliant (above).

It first appeared at Agritechnica in 2003 and used the German firm’s cultivation and drilling kit mounted on a 325hp Terragator.

Though it came with a 7,100-litre hopper, the big downside was its modest 6m working width – apparently it was impossible to go any wider without compromising transport limits.