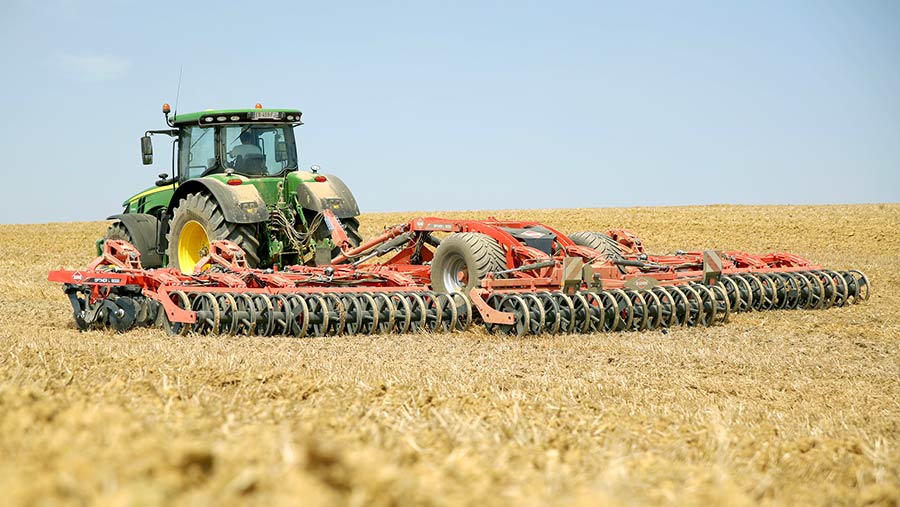 Two new disc cultivators, including a huge 12m version, have been added to Kuhn’s Optimer range.

The 9m and 12m versions will join the 4m, 5m, 6m, and 7.5m machines already offered by the manufacturer.

Large 510mm discs are 6mm thick and their depth is controlled via front hydraulic rams.

An even pressure is maintained across the whole width thanks to front slave wheels and independent chassis sections, says Kuhn, and under-beam clearance of 55cm is claimed to be the largest in the sector. Outputs of up to 18ha/hour are possible with average speeds of about 15kph.

On the road, width is kept below 3m and height below 4m, so they shouldn’t be too tightly restricted by road rules, either. 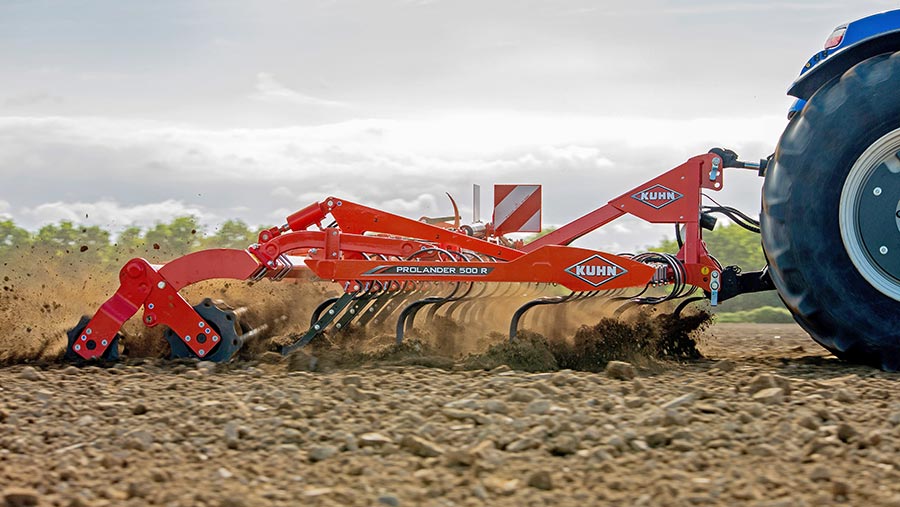 Although the company already offered a trailed 6m model, these new mounted options are aimed at smaller farms with tractor requirements from 100-210hp – roughly 30hp/m should suffice for most jobs.

This is less than the trailed versions because being mounted sees more weight and grip shifted on to the tractor.

Central to the design is a 700x12mm S-shaped vibrating tooth, which is said to give good mixing of top tilth and should be ideal for creating false seedbeds at depths of 3-5cm to encourage germination.

Kuhn also says there is still strong market for power-harrow drill combinations and has launched a new hydraulic 6m folding rig that takes 460hp to pull it.

The front-mounted TF1212 hopper has a 1,500-litre capacity with a 500-litre extension possible. It’s Isobus ready and has steering wheels to help negotiate headlands.

The new Vistaflow head has been added to the BTFR, which offers intelligent tramlining so any row can be shut off on the drill to fit particular tramline arrangements. Half-width shut-off is also possible.

This system is also now available on the Espro and Aurock drills.