Here Farmers Weekly catches up with one of four operators – Steve Legg, Pickett Farm, Beaminster, Dorset – in UK’s prime grassland regions, to see how his machine, a Schuitemaker Rapide 520, has been performing. 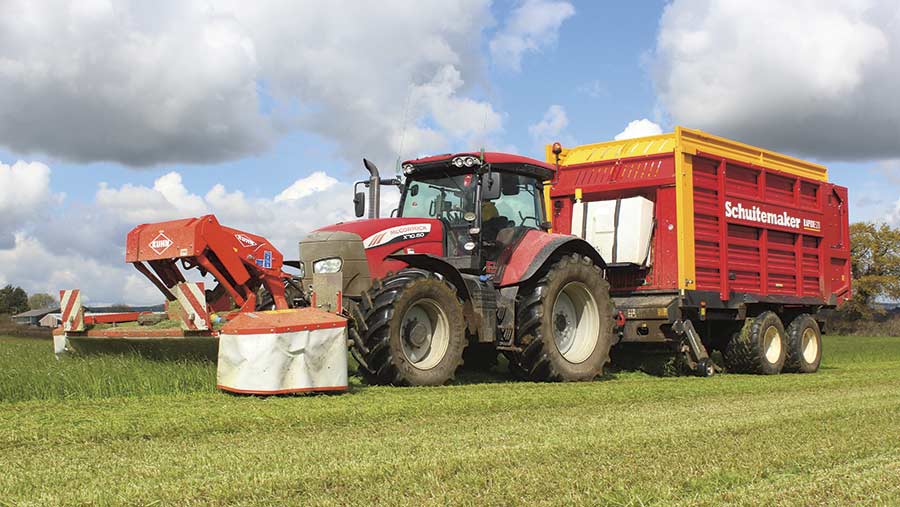 Why a forage wagon?

We first bought a forage wagon back in 2009. Before then, we were relying on a neighbour’s Taarup 10X, but we wanted to take the job in-house to improve forage consistency.

As a medium-sized 150-cow dairy, there was no way we’d be able to run our own forager and a gang of trailers, so we did the maths on a wagon instead – it uses a third of the fuel we’d expect to get through with the old Taarup and three trailers.

In July last year, when the milk price hit what we thought was rock bottom, we switched to a zero-grazing system.

It’s a daily job fetching the grass, but has saved a fortune on bought in concentrates and, as far as we can see, it’s the only way of making an indoor-housed herd pay.

After five years’ work it was due an upgrade, but its replacement in the Claas range – the Cargos – looked quite expensive.

The Schuitemaker caught our eye at the washed-out Grassland 2012 and our local dealer, Buglers at Beaminster, Dorset, offered us a pretty attractive deal. We liked the design of the pickup, which is dragged behind the knife section, rather than conventionally pushed in front.

We run it with a McCormick X70.60 and Kuhn FC313F mower. We toyed with using a plain disc mower before raking-up with a little Fella single-rotor rake, but it was way too much of a faff and dirt often got into the feed when it was wet. 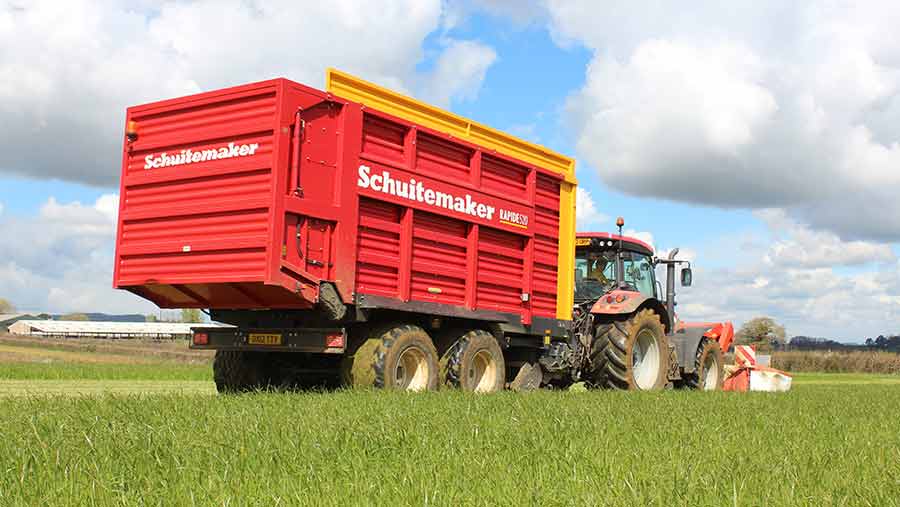 We use it to cut 0.8ha every day, come rain or shine. In total we’ve got 28ha of grass grown for zero-grazing, which we harvest on a 30-day cycle.

That provides 55kg fresh weight/cow, but it’s like rocket fuel so we feed it alongside some wholecrop silage to slow them down.

This year we started collecting the grass on 19 March, which is a bit later than we’d usually expect. We’re now on our second cut and we’ll probably run through until at least mid-October.

We like the drag-style pickup – the thing that attracted us to the Schuitemaker in the first place – because it follows the ground really well. 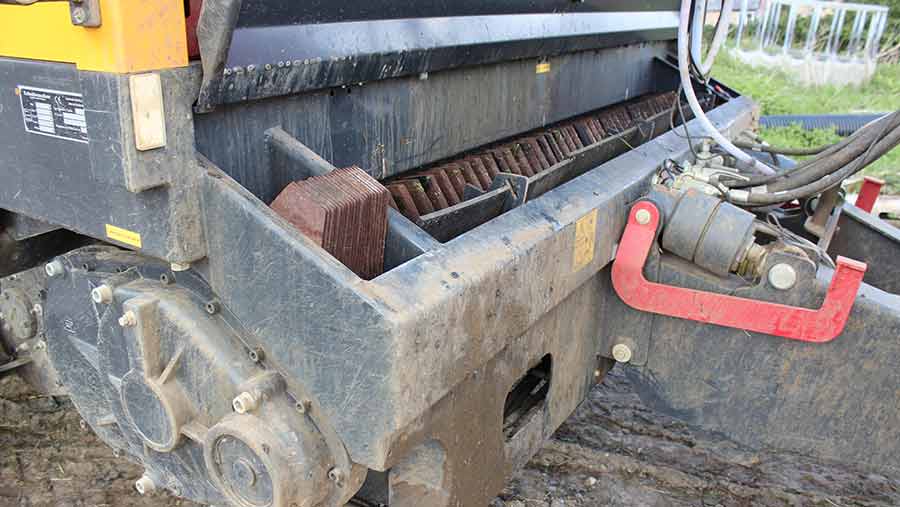 Access to the knives is also really good – they’re positioned above the pto input, so there’s no need to scrabble about underneath.

The other big thing for us on our steep ground is stability. The Schuitemaker is one of the wider boxes on the market, particularly when shod on 710 tyres, and it handles our hills really well.

The only downgrade on our old Quantum is the lack of an auto-load system. However, we wouldn’t use it for the fresh grass anyway, because it’s got to be handled so carefully – you can’t just ram it in the box like you would with silage.

In the field we’ve found it can scuff a bit when cornering, but that’s probably true of any wagon on wide tyres. It could also make a better job of picking up the last bit of grass in a run, which always refuses to feed in.

We’ve looked at buying a dedicated zero grazer instead, but you end up with a lower quality mower and I like being able to shoot off during the summer to do a bit of silage contracting, which helps pay the bills.

Feed quality needs to be better than ever to squeeze an extra few litres from each cow at little extra cost, but we’ve got no complaints about the quality of the crop coming out of the wagon.

We are producing silage with 12ME, 16.3g crude protein and with a 74.9 D-value, and it’s really helped reduce our reliance on concentrates.

Since switching to a zero-grazing system we’ve also managed to bump up yields from forage – two years ago it was responsible for 1,052-litres a cow, and we’re now up at almost 3,136-litres.

Similarly, feed costs a litre on bought-in concentrates have dropped from 9.9p/litre to 6.25p/litre. During the summer when there’s loads of grass it can drop to 3p/litre.

Yes, we’re completely sold on the forage wagon idea, and we’re pleased with how the Schuitemaker has performed.

It’s not due for replacement for a few more years, but next time around we’ll go for 26.5in tyres and air brakes.