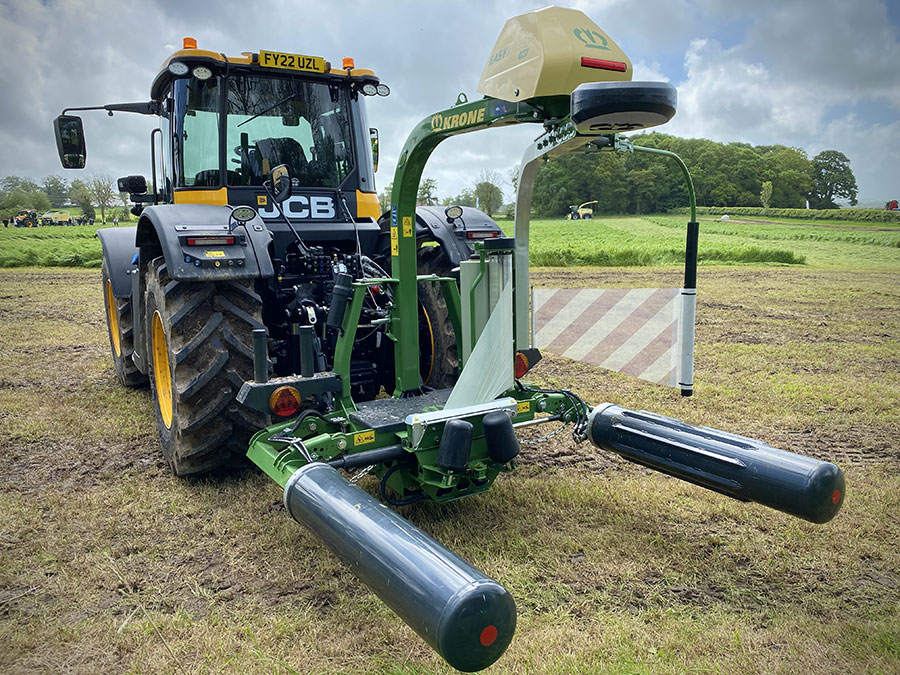 Krone’s dense range of grassland machinery only recently gained a standalone wrapper, despite already offering the facility on its combi baler.

The Easywrap 150 is designed for mounting on tractors and telehandlers, and should appeal to farmers in hilly areas who have to be pickier about where they wrap their bales.

Rounds of between 1m and 1.5m diameter, and up to 1.6t, are lifted by the main rollers, ready for the single wrapping arm to work its magic.

It whizzes around at 36rpm, making it one of the quickest on the market, and there is the option of a small cast-steel counterweight to help it run smoothly.

In total, the outfit weighs 740kg, but the load-sensing hydraulics require an oil flow of just 22 litres/min.

Extras include a turner to dump the bales on their ends once wrapped, external controls, and a weight-bearing roller for smaller tractors.

Krone also offers a 165T trailed version, which uses much of the same hardware – albeit mounted on a transport chassis.