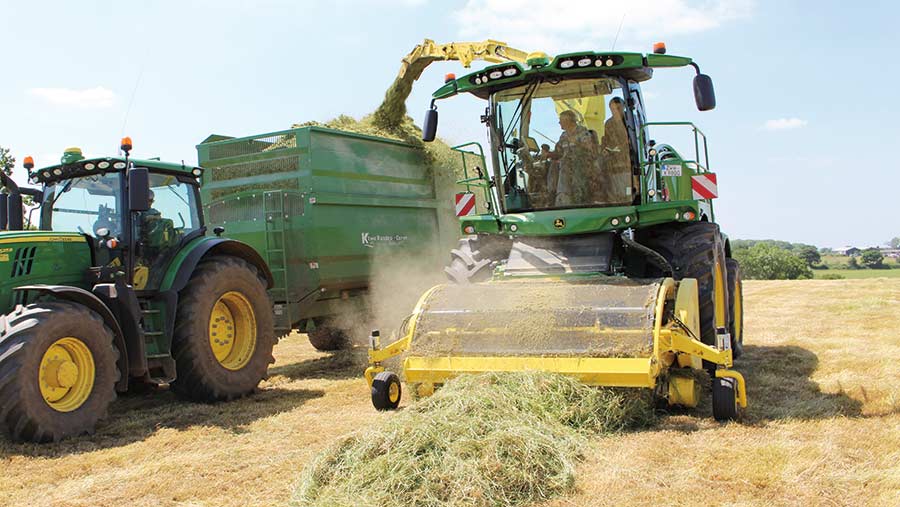 John Deere has launched a range of high-output choppers powered by a hefty Liebherr V12 engine, which it hopes will provide stiff competition for the likes of Krone and Claas in the saturated self-propelled forager market.

The new four-model line-up supersedes the three larger models in the 8000-series, which ran the 13.5-litre Cummins engine, with the new flagship 9900 becoming the most powerful chopper JD has ever built at its factory in Zweibrucken, Germany.

Deere started using Cummins units when it introduced the 812hp 7950 in 2009 and has been faithful to the American engine maker ever since. However, the 13.5-litre block is now at its limit in terms of both power and compliance with emission laws.

In designing the 9000-series, Deere dabbled with ideas that included running two of its own engines, a 9-litre and a 13.5-litre, side-by-side, but this was scrapped as the engines wouldn’t be sat in-line and the process of marrying two different-sized blocks was pretty tricky.

Step forward construction giant Liebherr, which has a growing presence in agriculture after its telehandler and loading shovel tie-up with German maker Claas, and now supplies Deere’s forager engines, too. 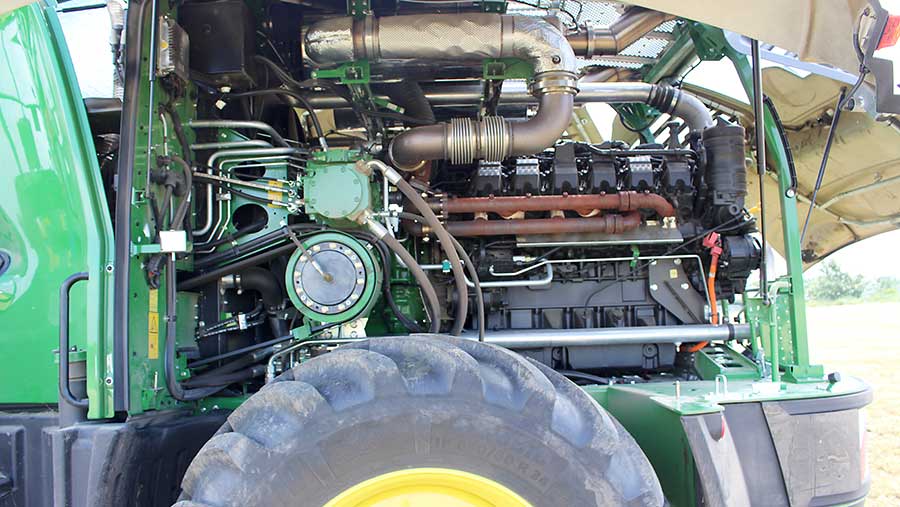 The engine in question is Liebherr’s V12 24-litre unit, which is mounted in-line and can develop 970hp. There’s little denying that the sight of twin exhaust stacks chucking out a puff of black smoke on start-up will please nostalgic machinery boffs.

Launched in 2010, the 12-pot engine powers some of Liebherr’s dredging cranes and, says the company, is designed to deliver a constant band of power.

Handily, the new engine is already Stage 5 emissions-ready, so no changes will be required when the larger engine legislation hits in 2019. There’s no DPF but, like the 8000 models, they require a drop of AdBlue.

The added grunt has also meant the fuel tank has increased to 1,500 litres, plus 90 litres of AdBlue capacity. 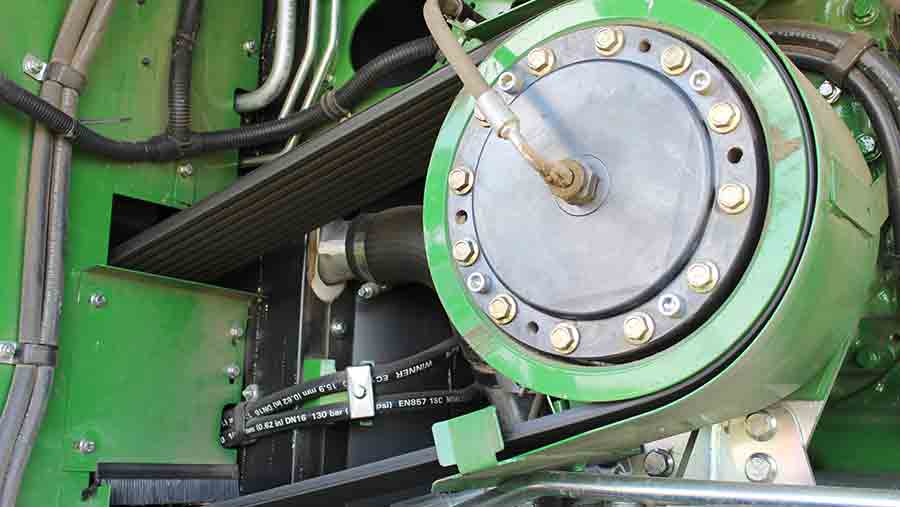 One key selling point of running a bigger-than-necessary block is that maximum torque is now available at just 1,350rpm, with the ideal working level sitting just above this at 1,400rpm.

Deere says that a flatter torque curve compared with the Cummins block means if a bigger lump of grass is swallowed, the low-end torque reserves will be waiting to soak up any power drop.

Although it may take some experienced forager operators a while to be confident of running these beasts so low down the rev range, it should help reduce fuel use and cab noise.

The 9000-series driveline has been beefed up to cope with the increased power, most notably with larger bearings and a tougher nine-section drive belt.

The new styling isn’t just there to look pretty and has been designed to direct the warm air produced by the engine away from the machine, says Deere, while revs are lowered on headland turns to help lower the diesel bill.

One tap of the Protouch joystick button folds the spout and header wheels away ready for road transport, leaving the wide-body machines to sit at 3.25m with 800mm tyres on the front. 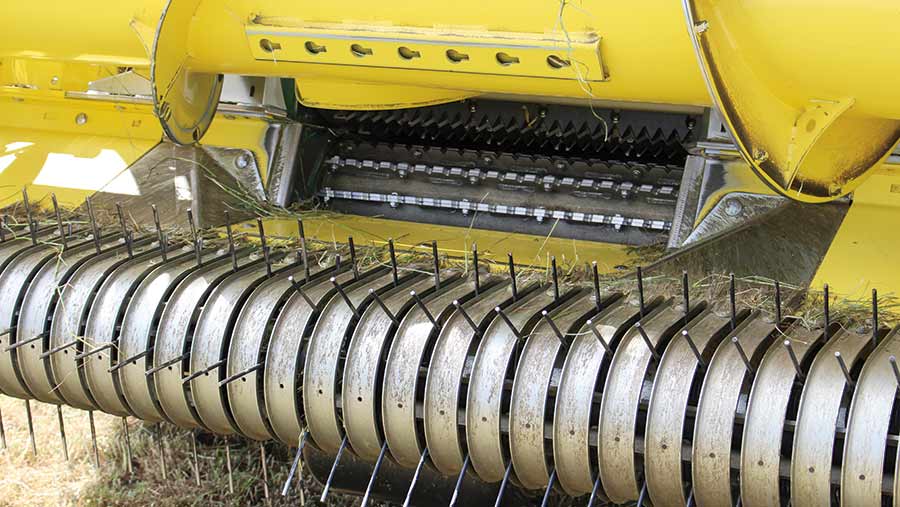