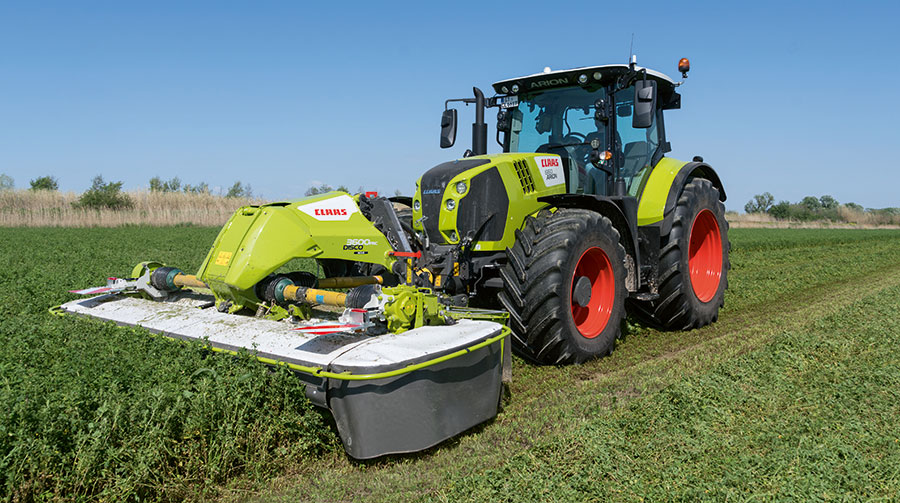 German giant Claas has expanded its popular Disco mower range with two front models available with or without conditioners.

Central to the Disco Move range is a redesigned headstock, which offers an extra 600mm of upwards travel and 400mm in the opposite direction, independent from the tractor front linkage to help deal with hilly areas.

Along with the extra 1000mm of movement, a centre pivot point has a 30deg side to side angle, while the tractor’s front linkage stays in a fixed position.

Further improvements include the integrated hydraulic pipes handling the lifting and dropping of the mower on headland turns.

There are plenty of options for the 3m wide Disco Move, including the optional conditioner, attachment via front linkage or A-frame, while driveshafts and universal joints only requiring a squirt of grease every 250 hours.

Handily, there is no need for a park support as a latch locks the headstock in place so it can stand on its own, while the foldable lights and double wide-angle mirrors help with road work.

For buyers of Claas’ large triple mowers, Disco Move can be specced as an option, however, there is no word on price.