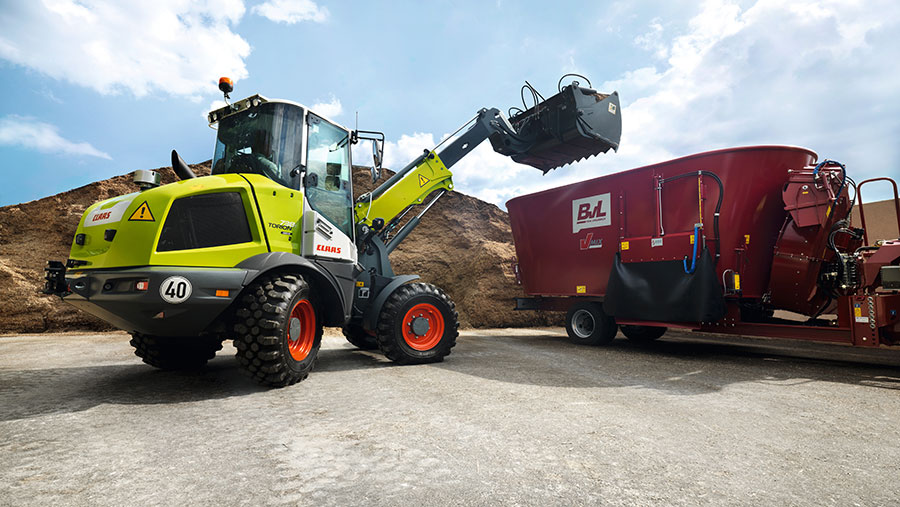 A brace of Disco mower ranges, folding 12-row maize header and a first telescopic Torion loader have all been added to German firm Claas’ product offering.

A new telescopic Torion 738 Sinus has been added to Claas’ Liebherr-sourced handler range, which now includes 10 models from 5t up to 21t.

The 738 is based on the Torion 644 Sinus, and the new model’s key feature is the centrally positioned telescopic boom offering a lift height of 4.8m and a maximum payload of 2,300kg with pallet forks. The 644 only has a fixed-position loading arm.

A combination of rear axle and articulated steering means a tight turning radius of 4.22m (measured to the bucket edge) is possible, and the tipping load at full articulation is 3,800kg.

Powering the loader is a 73hp Yanmar four-pot engine that meets Stage 5 regulations without needing AdBlue. There is a two-range automatic transmission, and the firm’s Smart Shifting feature smooths gear changes by combining the auto box with hydrostatic drive.

In the centrally mounted cab, operators can have a new 9in touchscreen terminal that reads out bucket angle and boom position, along with fuel and engine statistics. The majority of buttons are grouped down the side of the armrest next to the joystick.

The German firm has introduced two new Disco mower ranges, with working widths from 2.2m up to 3.4m.

The side-mounted Disco 10 and 100 models feature a centre-of-gravity hitching system, which allows the mowers to act like a unit with a central pivot and, in doing so, keeps even pressure across the width. This has been achieved by fixing the suspension spring in the middle of the machine’s frame. 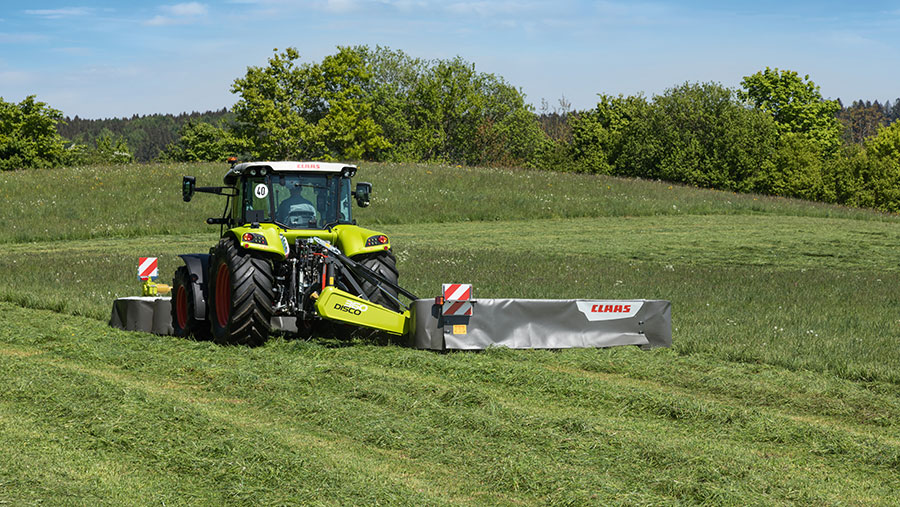 There are three models of Disco 10 mowers – 24, 28 and 32 – with widths from 2.2m to 3m. The Max Cut mower bed is built from two pieces of pressed-steel plate to reduce welding stresses and the units can work on angles up to 45deg.

In the bigger Disco 100 range there are two models, a 320 and 360, offer cutting widths of 3m and 3.4m, respectively. These replace the outgoing 3150 and 3450 models, with the new 100-series getting a double gearbox and transport angle of 105deg to help maintain a clear rear view through the tractor’s mirrors.

Along with these models, two new mower conditioner units will also be introduced. The Disco 280C and 320C have widths of 2.6m and 3m and come with a full-width steel tine conditioner.

To help move between jobs without an escort, Claas has designed its new 12-row Orbis maize header to fold to 3m for road transport.

The five-part Orbis 900 can slip into its transport system in just 30secs without the operator leaving the cab. All guarding and warning barriers are stored on the header and, although it is a similar weight to the old model, it features a transport system to reduce the load on the front axle. 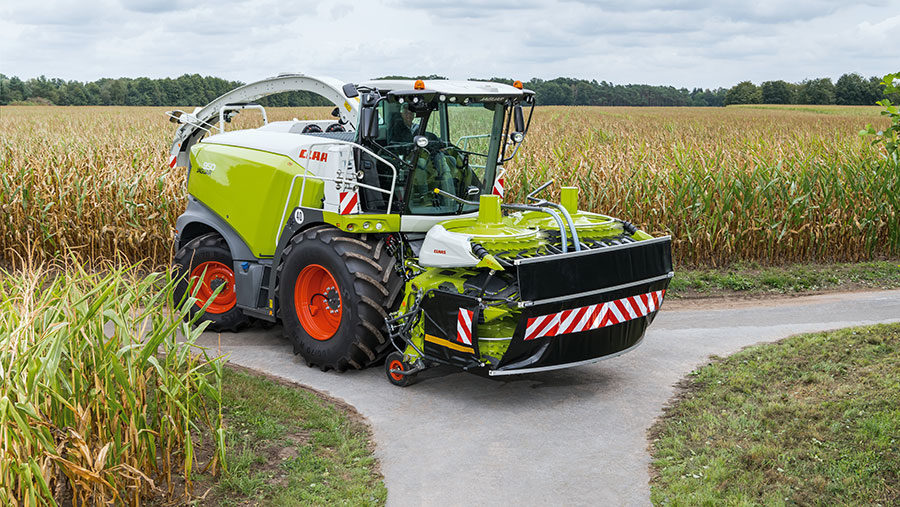 Claas’ Axion 900 range now meets Stage 5 emissions legislation thanks to a larger SCR filter but, handily, the designers haven’t needed to increase the size of the exhaust stack. 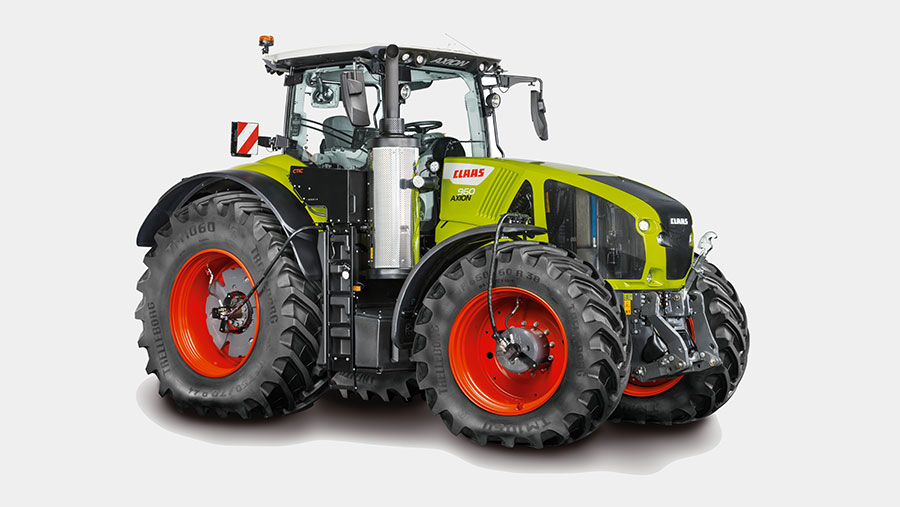 There’s also a revised version of the central tyre inflation system that has an additional compressor plonked at the top of the offside steps. It offers 2,800 litres of air for both tyres and implements, but does obscure access to the windows for cleaning.

Along with the option of a new 7in touchscreen Cemis terminal, capacity of the 8400 Cargos transport and forage wagon can be upped to 38cu m by adding side extensions – a 2.5cu m increase on the standard model.