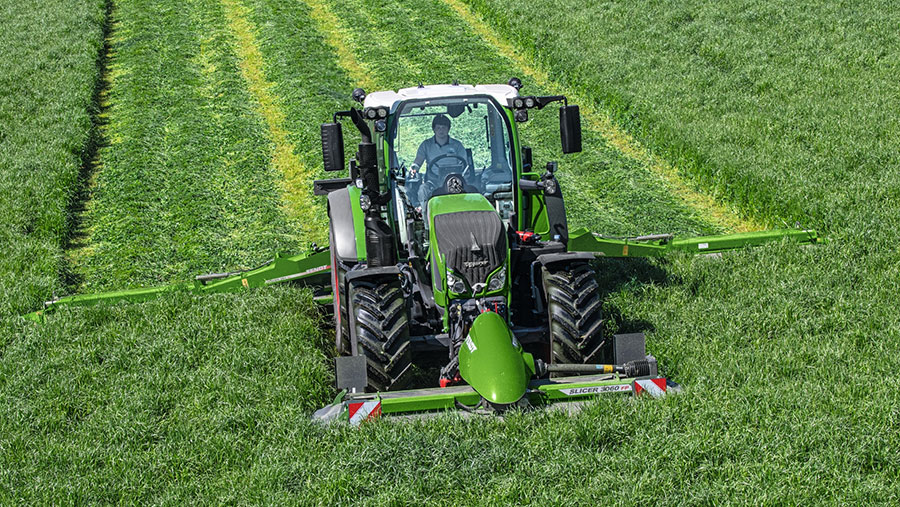 A new generation of Fendt Slicer mowers includes a front-mounted version and rear butterfly unit, both of which have been given a fresh paint job.

The front 310 F has a 3.1m working width and is available with a tine or roller conditioner. The standard mower weighs 60kg less than its predecessor and, in combination with the new rear butterfly, the outfit is 350kg lighter, says Fendt. 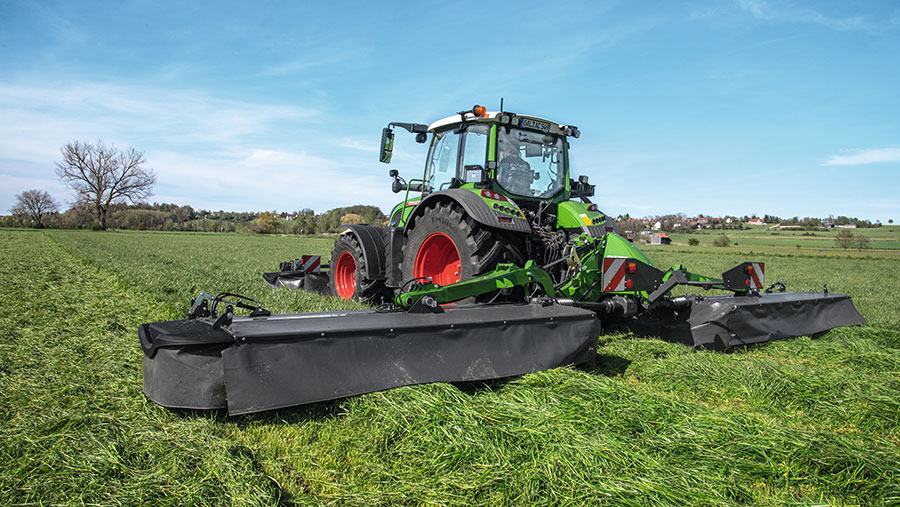 A new swing hitch offers 15deg of movement for sloping ground, and hydraulic load relief is an option on the conditioning units to regulate ground pressure and minimise soil contamination.

At the rear, the position of the Slicer 860 (8.6m) and 960 (9.6m) can be altered by two bolts to achieve the correct overlap with 3m or 3.5m front units. Both front and rear mowers have a blade box for spare knives and a reduced working speed of 850rpm to trim fuel use. A grey colour scheme has also been introduced.

Elsewhere, there are a brace of new Tigo VR forage wagons – a 65 VR with 38cu m capacity and the 44cu m 75 VR – that slot between the existing XR and PR models. These have a 2m swinging pick-up featuring seven rows of tines. 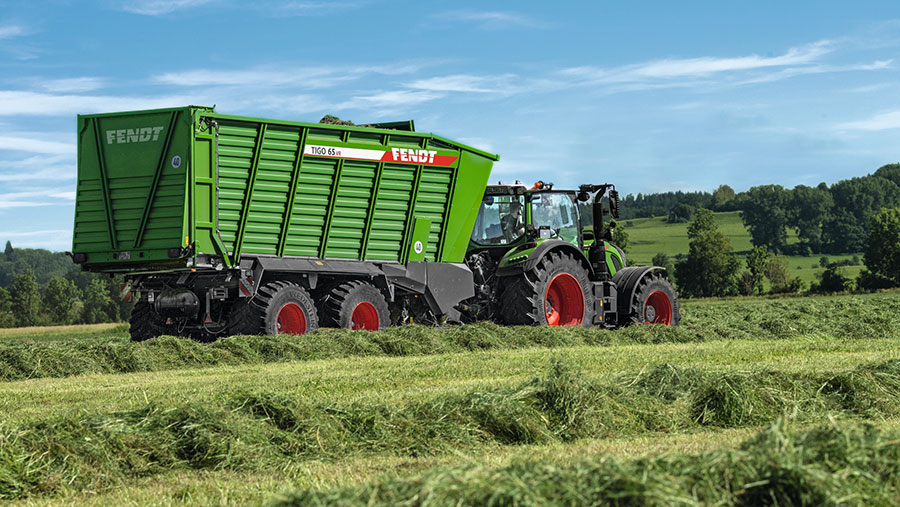 The fixed-chamber Rotana 130 F combi baler now has the option of film-on-film application to simplify the purchasing and recycling of plastic and potentially increase bale compression.

And Fendt says the European introduction of its Momentum direct drill is “only a matter of time”, though it is staying tight-lipped on exact dates. The drill has a strong foothold in Brazil and the US but, so far, Ukraine is the only country this side of the pond to have any units working.

Finally, Agco has struck a distribution agreement with Deutz, which includes the supply of updated versions of the 6.1-litre and 4.1-litre engines used in Fendt tractors.