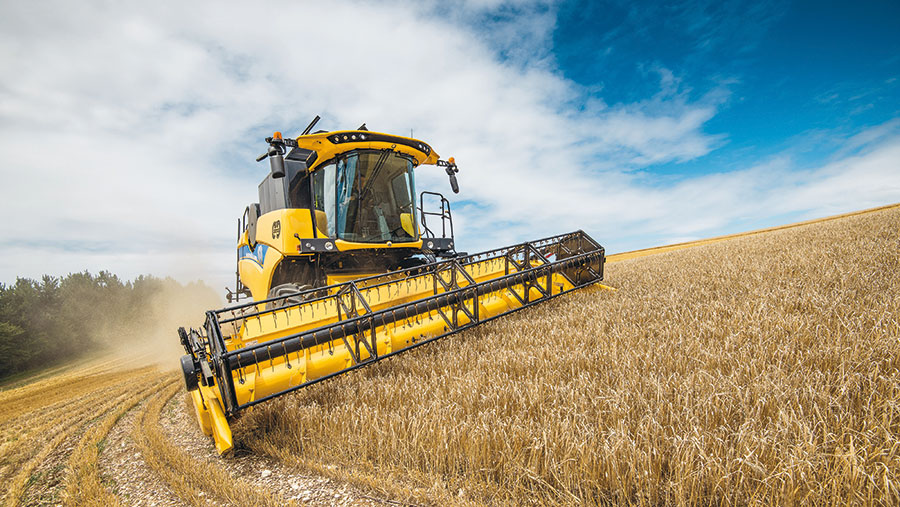 New Holland has unveiled a new single-model combine range that offers its twin-rotor threshing system in a smaller package.

Dubbed the CH7.70 (an acronym for Crossover Harvesting, apparently), it sidles in below the firm’s flagship rotary models and the company hopes it will replicate the success of the TF range – with which it shares broad similarities in design and size – through the 1980s and 90s.

It’s the first time New Holland has offered a twin-rotor threshing arrangement outside of the big CRs, which run from the 415hp CR7.80 to the 700hp CR10.90.

In terms of size and, to a lesser extent, price, the CH7.70 will compete with the CX7 and CX8 ranges. However, the company claims it has the potential to deliver 25% greater throughput than an equivalent straw walker machine and 35% fewer broken grains, thanks to a kinder, more efficient multi-unit threshing system.

This runs through a three-speed transmission with a 30kph top speed. Four-wheel drive and diff-lock are optional for those working in less-favourable conditions. 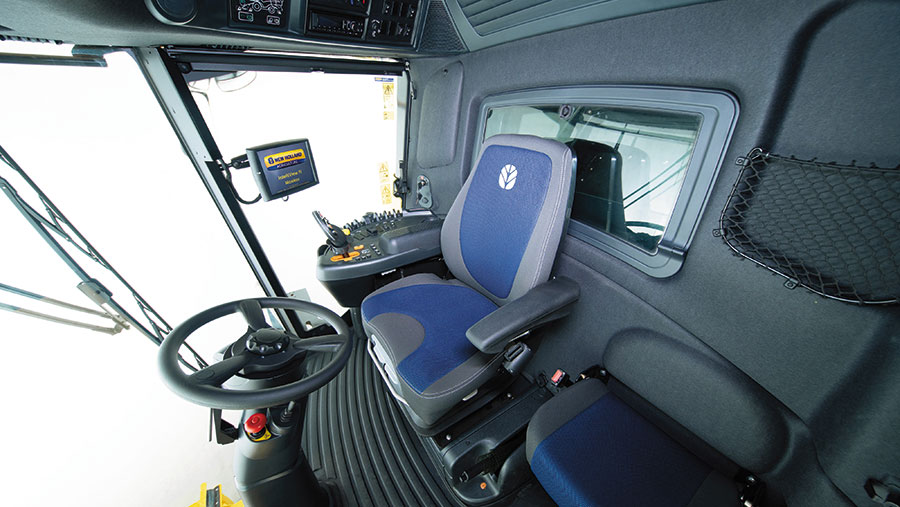 From the feeder house, the crop is pulled through a 1.56m-wide, 607mm-diameter, eight-bar threshing drum, the speed of which is controlled by a new hydraulic variator.

This rubs the crop against a 14-bar sectional concave that provides a wrap angle of 85deg (open) to 121deg (closed). It’s also possible to move the hinged top section away from the drum to reduce aggressivity and improve straw quality.

The second element is a four-paddle, 395mm-diameter beater paired with a second small concave, which encourages further grain separation before delivering the crop to the brace of rotors. 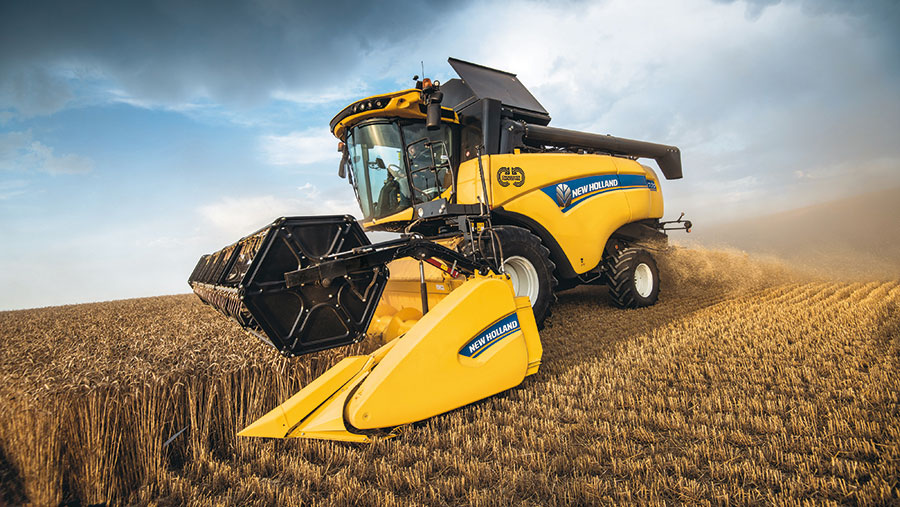 The 3.45m-long, 542mm-diameter rotor units provide what New Holland claims is the largest separation area in the segment, at 2.9sq m.

A set of 10 rotor concaves provide a 93deg wrap angle and process the material to the firm’s grain-cleaning system, which is a replica of the version fitted on the six-walker harvester range. This includes up to 25% side-slope compensation on the pre- and top sieve.

Wind is provided by a six-blade Opti-Fan setup, which allows for electrical speed adjustment to quickly take account of pitch/incline variations.

A 4.75m-long unloading auger is standard, but buyers sticking to specific wheelings in a controlled traffic system can spec versions up to 6.4m.

Unloading speed is 100 litres/sec, meaning the 9,300 litre hopper can be emptied in 93 seconds.

Surprisingly, there is little in the way of high-tech driver aids – something that will help to keep the yet-to-be-revealed price down. Yield and moisture sensors are optional, as are guidance systems, three viewing cameras, the fancier LED work light package and auto climate control for the cab.

However, New Holland’s pre-loaded crop settings are available through the monitor and should offer a sound base from which to make alterations on the move.

As for headers, the CH7.70 can be equipped with various Varifeed models up to 9.15m (30ft). There’s also a new 8.53m (28ft) version that has been developed specifically for the CH range.

There’s a hill-sider variant, too – the Laterale – that offers 18deg angle correction when working on sloping ground. The extra gubbins required to keep it level means it weighs 1.3t more than the standard model.