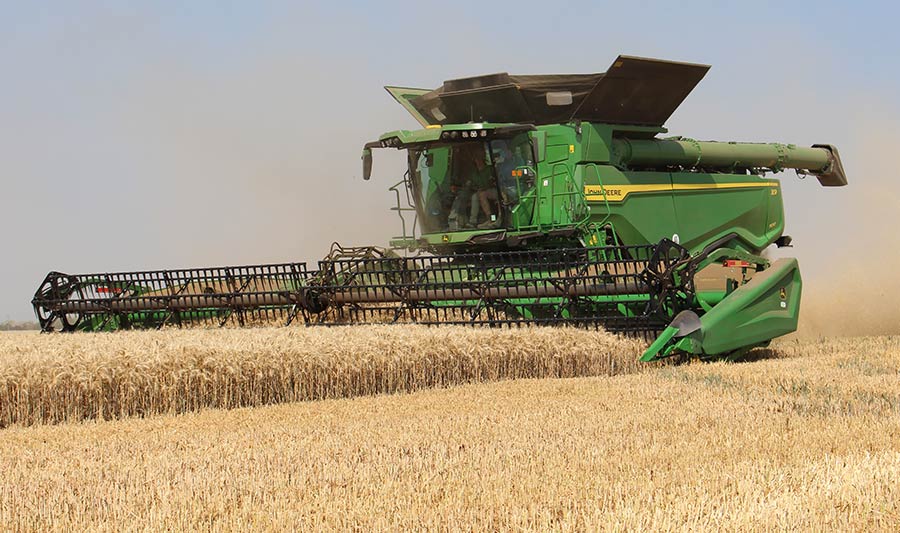 The combine alone is listed at £725,908 and the HDX header adds another £124,420. Although there will be huge on-farm discounts from this price, it easily becomes the most expensive production combine available in the UK.

The new-from-the-ground-up model has been in the design phase since 2015 and was revealed to the public at Agritechnica 2019, with the first models landing in the UK this harvest. It is the highest output combine Deere has ever built, with a move back to twin-rotors and a 4.00 m² threshing area.

Elsewhere in JD’s harvester line-up, it has confirmed that the smaller W-series models have been withdrawn from the UK, leaving the T, S and new X combines.

As you’d expect on a machine with such a lofty price tag, the cab is suitably plush with plenty of leather and a seat that can heat, cool and massage.

One quirky addition is an electronically latching door, which means there is no burly slam needed to guarantee a seal – just a gentle pull to get a latch and the door will electronically lock in tight. However, it can take a bit of getting used to. The Greenstar receiver is also integrated into the cab roof. 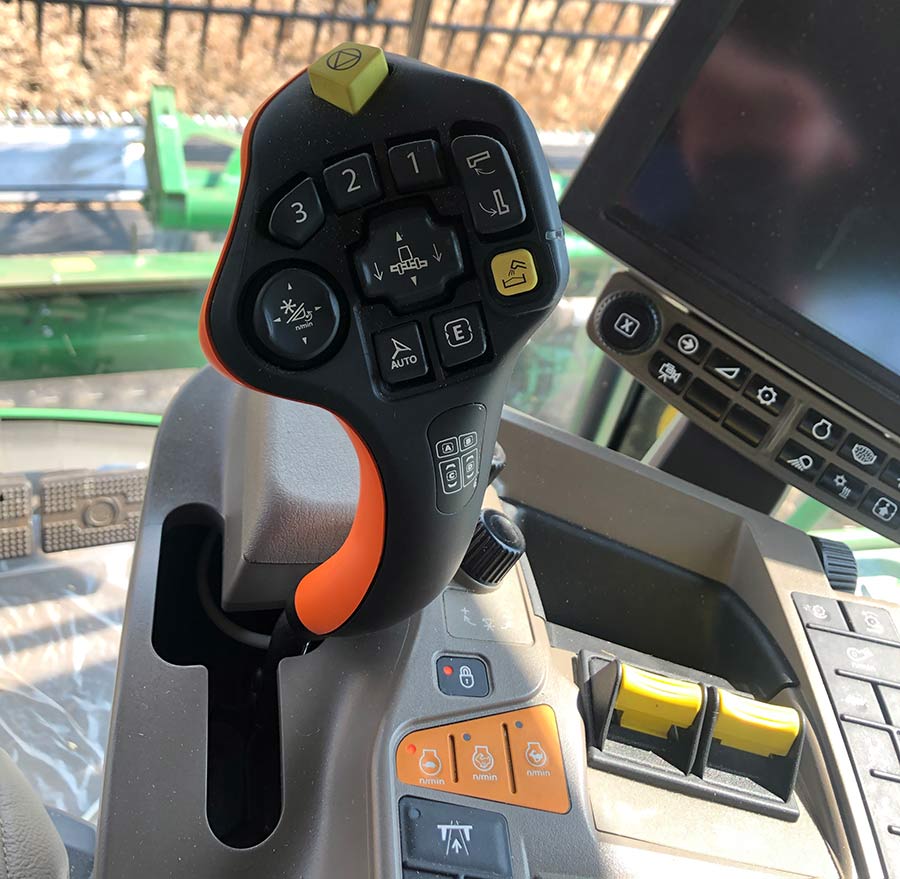 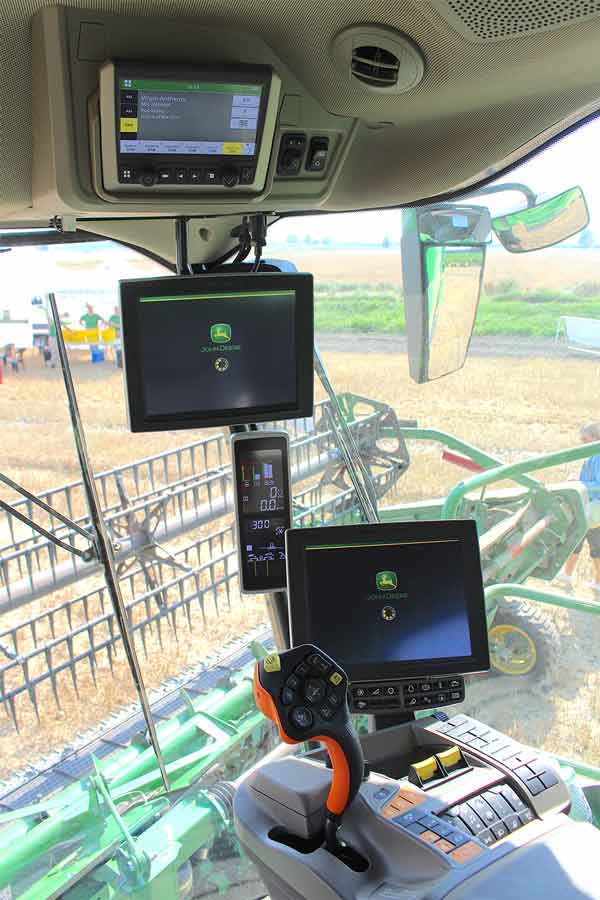 Deere has stuck with its well-known 4600 armrest mounted screen and has the option of a second screen in the X9.

The main monitor has hot keys for quick access to settings, while the higher mounted display can be set up to show machine settings or guidance information, along with the various cameras located on the combine.

The top screen is the new infotainment system that Deere has added onto its restyled tractors ranges recently. This DAB unit houses all music and phone settings and can also double up as a camera screen.

The 12.1m HDX table on show has a 4in double-cut knife allowing the combine to travel at faster speeds. The ribbed Draper belts on either wing catch any small seeds that shell on impact and ferry them to the central belt feeding the 1,720mm-wide feeder house.

Behind the belts is a 432mm cross auger that has fingers throughout its length to haul bushy crops onto the belts. The header sits on four wheels on the rear of the table, which use pressure sensors to manage cut height.

The HDX wings are independent and a parallelogram linkage on the front helps it flex to follow contours both front to back and side to side. 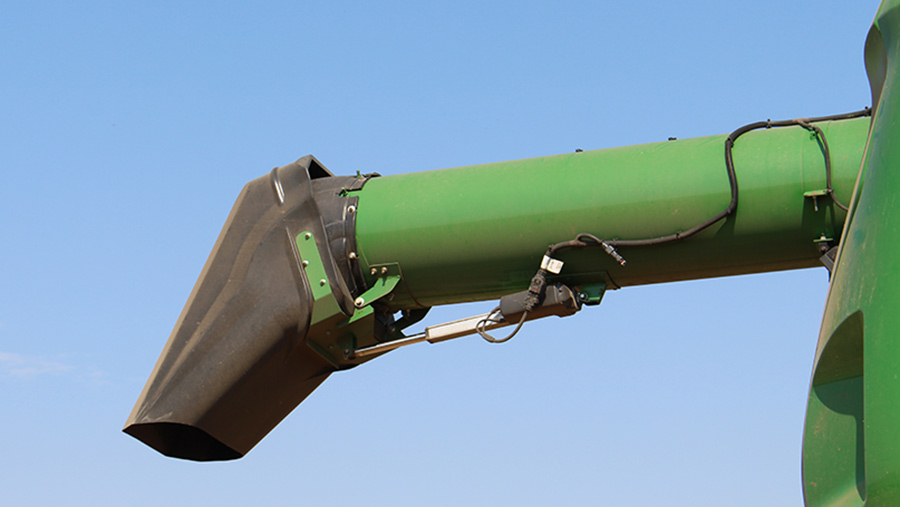 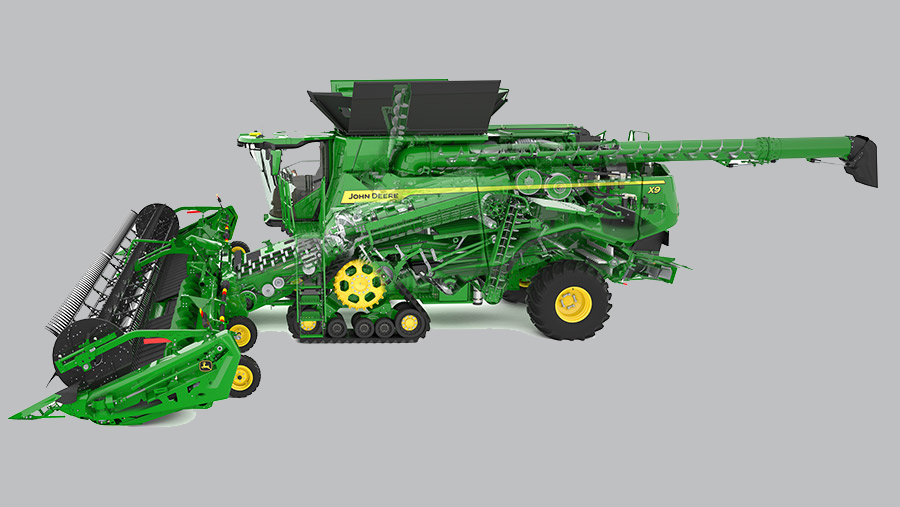 The 13.6-litre Deere Powertech engine runs a twin turbo setup on the 1100, and a single turbo on the smaller 1000 model. It kicks out 700hp on the biggest version and can help owners achieve a 20% fuel saving compared with previous generation combines, while significantly upping output.

There is also a clever reversing fan that kicks in every 20 minutes to keep the radiator clear. The Prodrive XL transmission apparently offers 30% more torque than the S-series. 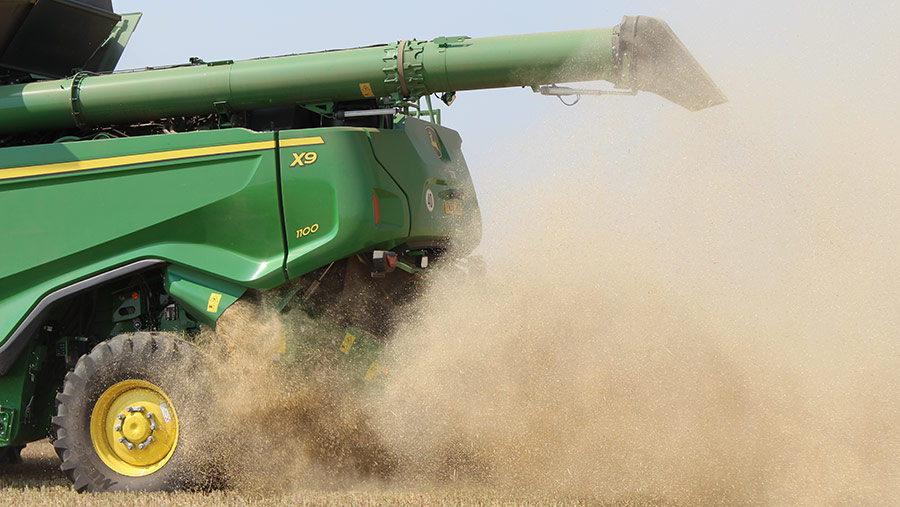 Dealing with the huge back pressure created by the hungry combine was a key consideration for the designers, so the spreader system is split to discharge air from the top of the unit and chopped straw from the bottom section.

The chopper blade assembly is now dimpled, similar to a golf ball, to improve the airflow and reduce power demands, we’re told. 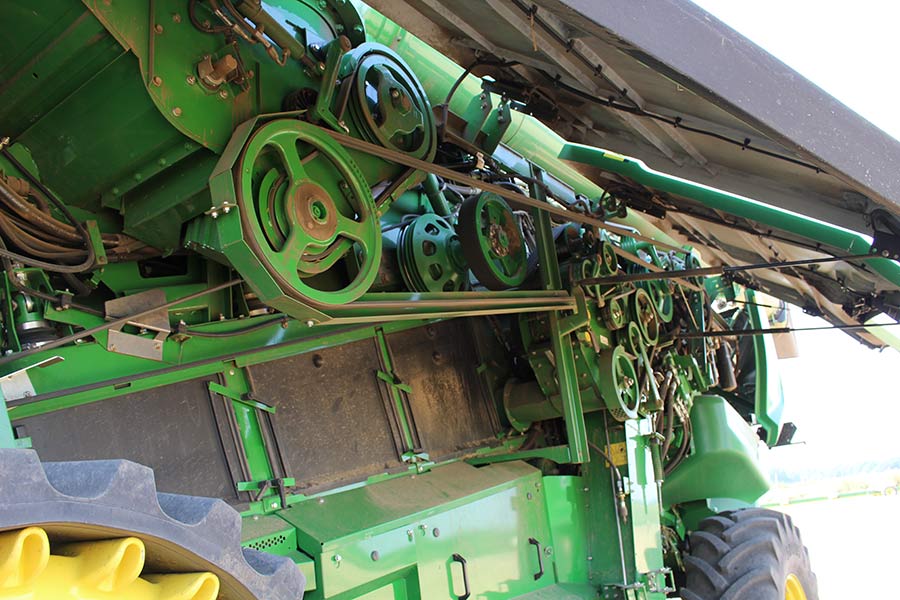 Only four components now transmit power to the machine, which is down from seven on the S-series. There are two less chains on the combine, with belts being preferred for better power transfer. The X9 has a 23% wider body than an S-series to cope with the extra throughput.

The sieve area is 7m2 while the 1,720mm feeder house width is never reduced throughout the whole machine, meaning the crop doesn’t get pinched at any point.

Operators can reverse the machine at full chat and crop has 270deg angle of feeding as it enters the twin 3,510mm rotors for seven revolutions.

Elsewhere, there is active concave isolation, which in heavy crops maintains the clearance from front to back along the concaves for even threshing. Deere claims the combine will sit comfortably at 100t/hour with 1% grain loss. 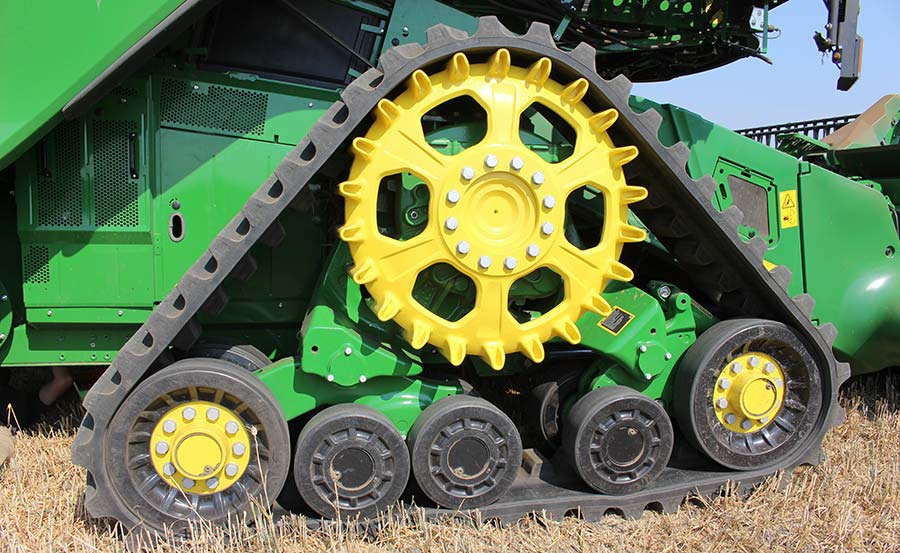 The track units are the same as used on Deere’s S-series machines, and were one of the few parts carried over from these models. 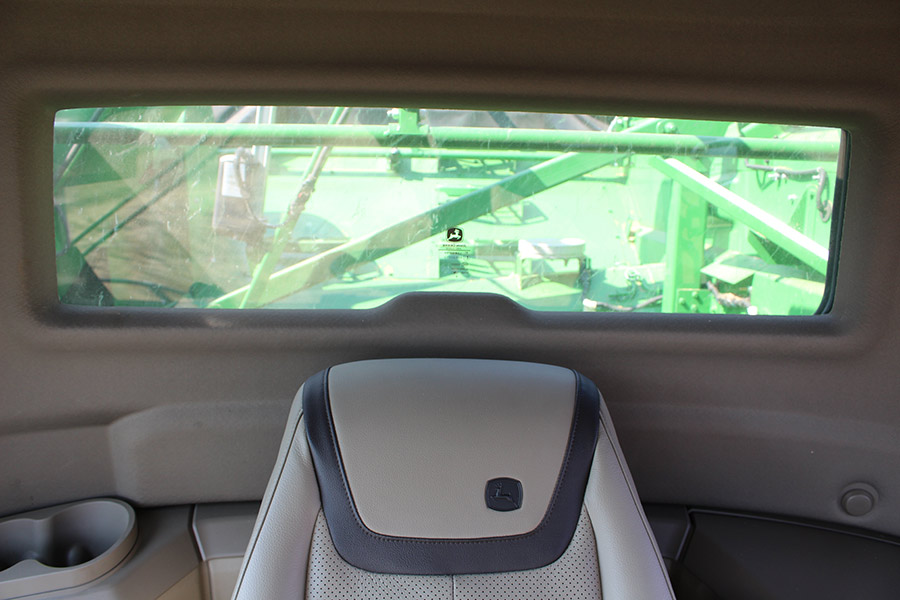 JD has added a super-wide grain window in the cab, so operators can get a decent view of the sample coming into the tank.