Kverneland is a leading supplier of innovative agricultural machinery and services.

At the heart of the Kverneland offering is a strong and extensive product range including soil & cultivation equipment, seed drills, spreaders, feeding & bedding machines and precision farming technology.

While min-till remains a key focus for the 1,800-acre Upton Suffolk Farms at Red Lodge, near Newmarket, the plough still has a key role to play – not just for rotational grass weed control, but also for maize and sugar beet seedbeds. 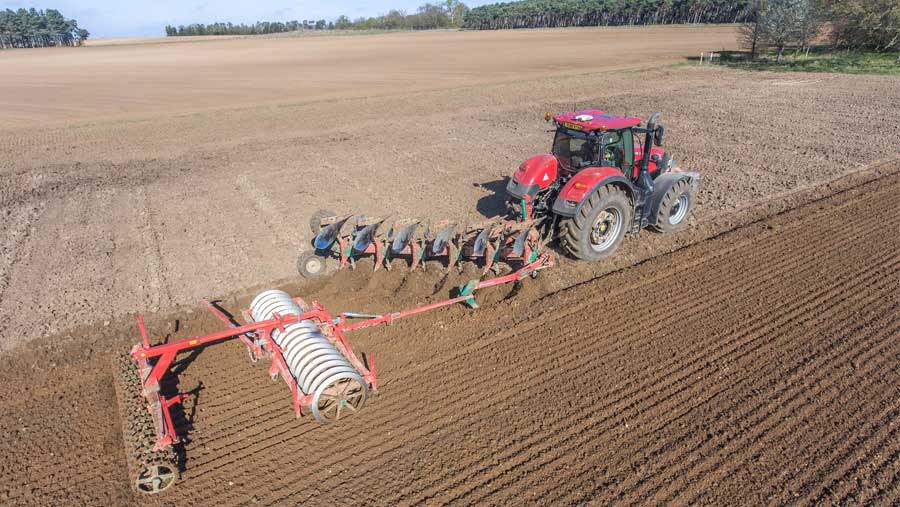 Six-furrow Kverneland LO85 vari-width plough is used in combination with a ring press and crumbler roller.

But with light sandy loam over chalk, consolidation is key. And the Velcourt-managed farm chooses to run a press alongside its six-furrow Kverneland LO85 vari-width plough for the establishment of sugar beet seedbeds.

“We had been using a conventional ringed press, but the switch to this turn-around packer system has been a revelation,” says farm manager Nick Sheppard. “We’re now in a position to save a pass, because the combination of ring press and crumbler roller does such a great job in providing additional consolidation.”

“And that means we can now drill straight in behind the plough and press, to get our sugar beet and maize, off to a great start.”

Supplied by local dealer TNS, the outfit is handled by a Case-IH Optum 300, operating on-land with GPS steering guidance. 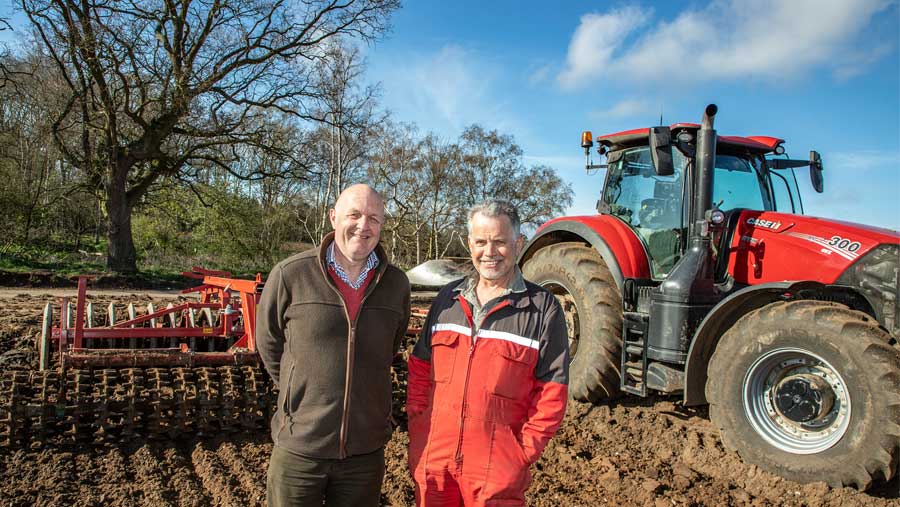 Operator Terry Allen had resisted the move to GPS-guidance, but identifies its role for on-land ploughing.

Mr Allen runs the plough at its full width of 20in furrows, to make the most of the turn-around packer’s width.

“I’m really pleased with the improvements we’ve made to ploughing and pressing,” says Terry. “The outfit is also easy enough to move – the packer linkage folds away, and the unit can be transported on the three-point linkage to save using a trailer. It’s a convenient and effective system.”

Norfolk farming firm JW Coe & Company has recently upped the ante with ploughing and pressing. During its move from in-furrow to on-land ploughing, the farm has added more power and taken the opportunity to add more furrows along with a new Kverneland double packer.

The 4,500-acre business, based at Church Farm, Fring, is a keen advocate of ploughing, particularly with land that has been recently taken over.

“We’re addressing historical compaction and pan issues by deep ploughing and pressing, so we can hit the reset button,” explains operator Kevin Williamson. “And with our recent change of plough and press, the output and quality of finish has improved considerably.” 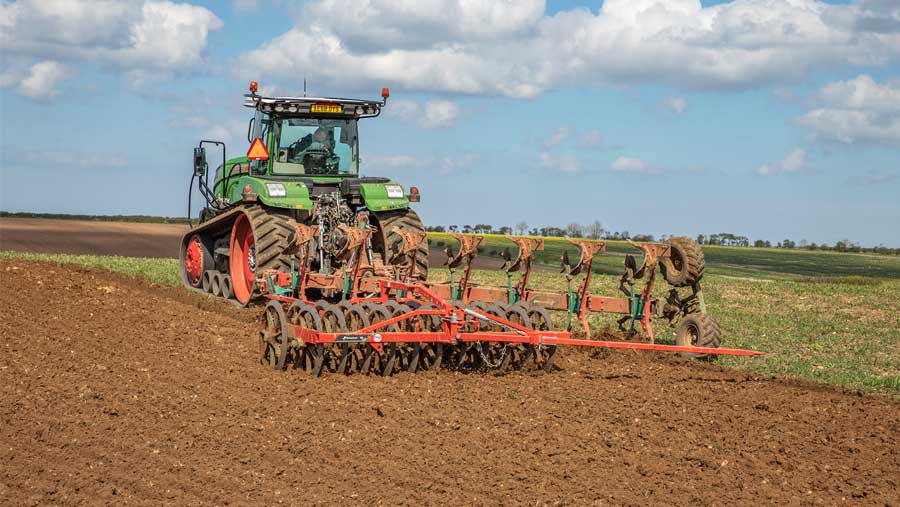 “With the plough set at 18in furrow widths to match the double press, and working from 9-12in deep, the MT943 runs easily at 9kph – it’s quite a fuel-efficient cultivations system,” he says.

With around 1,200-acres ploughed annually, the business is focused on spreading its operating costs and working more efficiently, while seeking yield improvement.

While the lion’s share of soil across the farm is a sandy silt that can blow and also pack tightly, there are pockets of heavy land, where the increase in tractor power comes in handy. 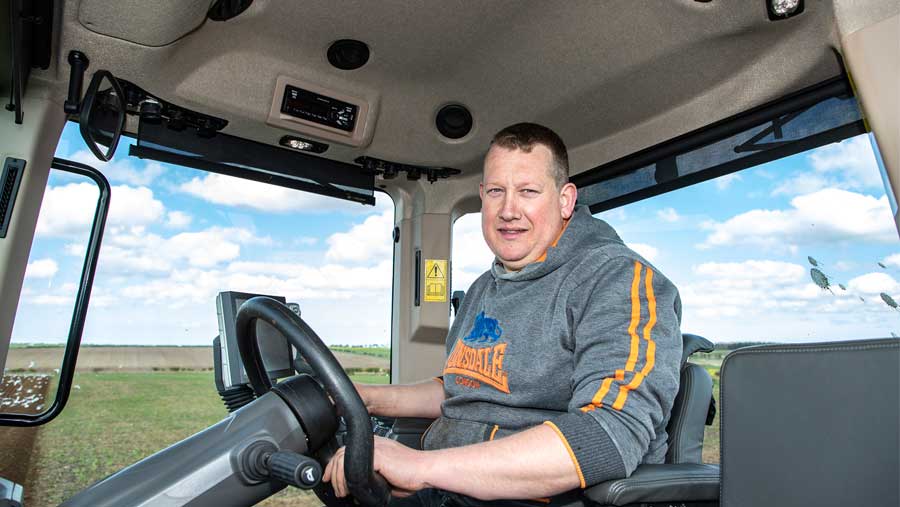 “Output is around 45-50 acres/day with the seven-furrow LO plough and double press, and we’ve found the extra tractor power to be a welcome boost on the steeper parts of the farm,” says Mr Williamson.

“We’re now getting a really clean, firm finish, that lets us go straight in with the drill on our lighter soils,” he says. “Only the heaviest of land might sometimes need a pass with a cultivator.”