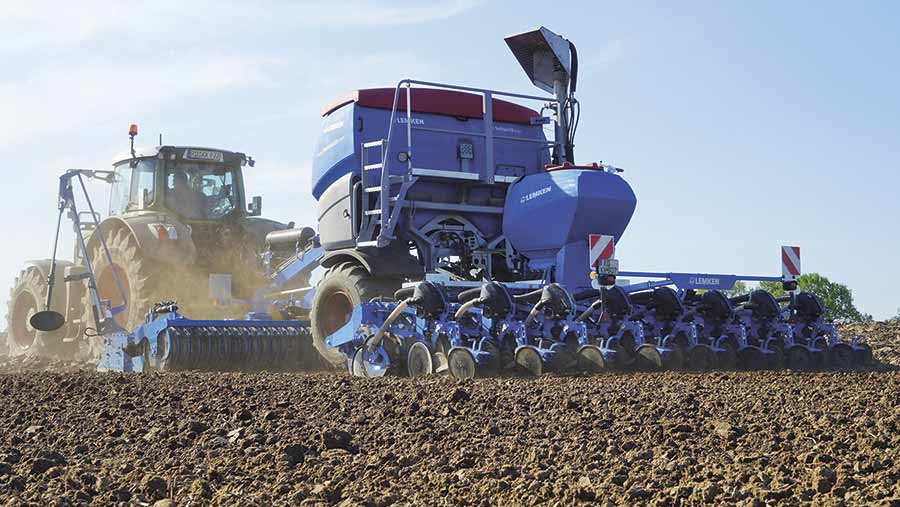 A precision seed drill with an unusual “staggered row” planting pattern will be shown on the Lemken stand at lamma 2018.

The Azurit 9 is the first precision seeder from Lemken.

It is unconventional in selecting seed on two electrically driven metering discs per row, then transporting the seed rapidly by air to the coulters, where two sub-rows 12.5cm apart are sown with 75cm between each staggered row.

There are four-, six- and eight-row sizes now in production, mounted in combination with a front hopper or as a trailed implement together with the Solitair 25 KA or Compact-Solitair 9 drill units supplying the 600-litre central planter hopper.