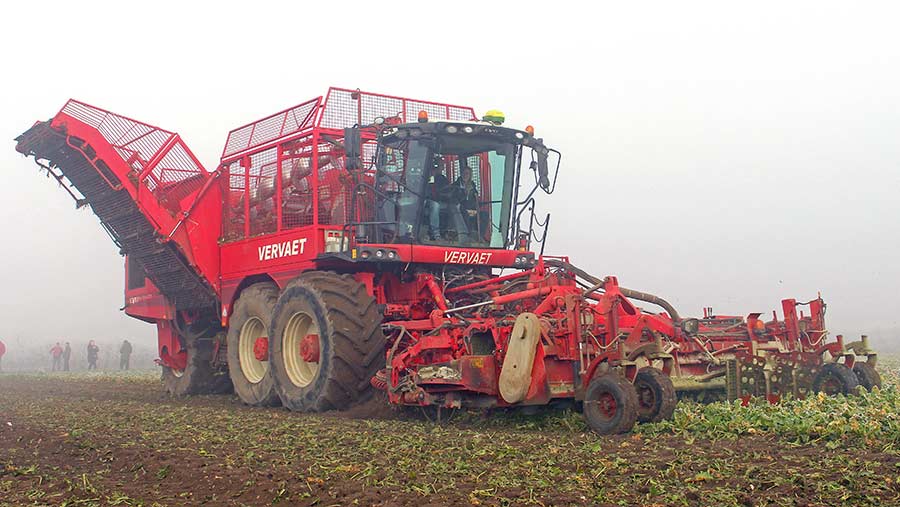 With sugar prices making beet an appealing break crop, Vervaet has reintroduced its contractor-spec nine-row harvester after a decade off the menu.

The Beet Eater 925 Evo has taken over from the 625 as the flagship machine in the three-pronged harvester line-up from the Dutch maker.

Adding an extra three rows isn’t uncharted territory for Vervaet, though – it actually introduced the first nine-rower to the UK back in 2001.

However, during its absence, the 625 has become a firm favourite and Vervaet says it will still command the lion’s share of the company’s sales.

It was only refreshed last year but, along with the smaller 616 Evo, was seen with a fresh new paint job at importer J Riley’s recent open day in Norfolk.

See the Vervaet Beet Eater 925 Evo being put through its paces.

Power comes from an MTU 15.6-litre engine churning out 623hp. This is different to the smaller machines that run DAF units, but identical to one of its main competitors – Holmer’s Terra Dos T4 – and needs AdBlue to keep it clean.

Vervaet has stuck with its turbine cleaning system, with three at the front and a new, larger central 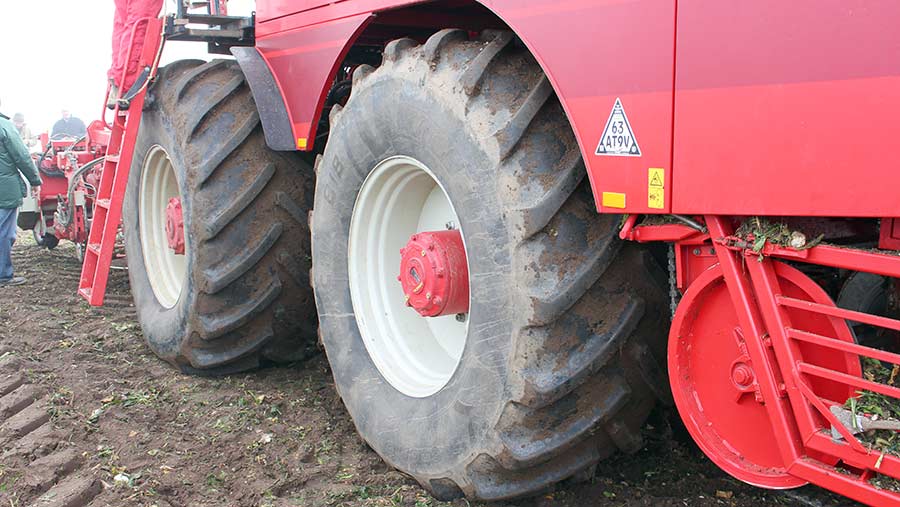 one to cope with the extra beet. Depth control is via a bank of steel wheels integrated into the lifting setup for smoother operation, we’re told.

Cleverly, the lifters are now configured in three sections across three rows and can work as one fixed bank in nine- or 18-row drilled crops, or as three separate units to accommodate crops sown by six- or 12-row drills, which hasn’t always been possible.

This is ideal for contractors when changing between different farms and crops, as the operator can switch setups from the cab.

Elsewhere in the lifting gear, there are longer share legs for improved clearance. The rotating, walking shares flick and lift the beet out of the ground rather than vibrating shares, which agitate the crop a bit more.

Vervaet says it is the first manufacturer to design a beet harvester where every wheel runs on untouched ground, therefore spreading the weight of the huge machine and reducing compaction, as trailed wheels don’t follow preceding ones.

To achieve this, the front axle is hydraulically extended to both sides so the wider 900/60 R32 boots cover the full cutting width without needing to adopt the common crab-steer option.

One drawback with some larger nine-row machines is the lifting unit is well over the 3m maximum UK road width, so the front setup has to be dropped off every time road work is required.

However, Vervaet has designed the lifting unit to fold via two hydraulic rams.

The topper is an adapted Combi 2 from a six-row machine, which can either mulch or spread tops, and the scalpers are adjustable from the cab.

To reach the full nine-row width, Vervaet has added an extra three rows’ width onto one side of the topper, with a folding ram to bring this vertical for road transport. There is a separate sliding ram to centre the whole unit in line with the harvester.

There is also now the option to yield map fields through John Deere’s Greenstar 6000 receiver.

The onboard Greentronics weighing system, located in the ring trace, feeds information into the Greenstar box, which maps the fields as it goes. Steering is controlled through the front guides as normal. 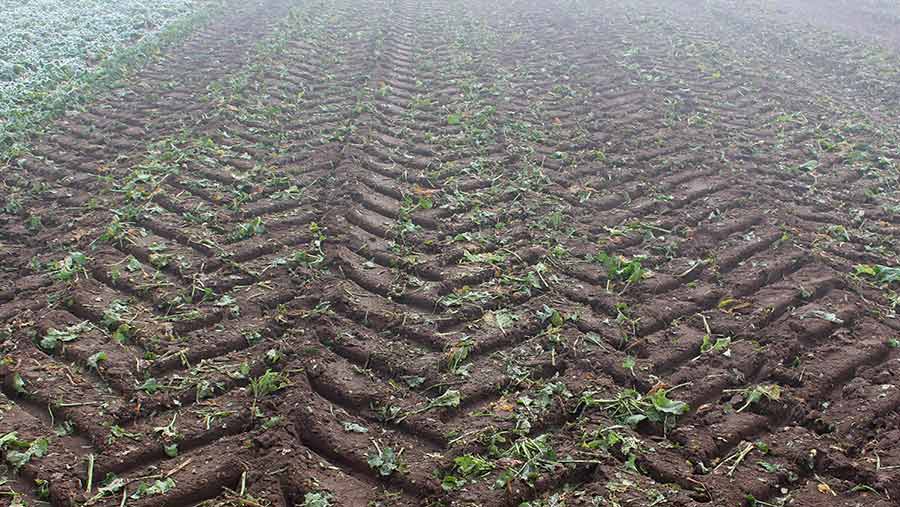 Edward Plowright of JP Plowright and Sons based in Barnston, Nottinghamshire, has taken the first Beet Eater 925 and it has been working this harvest alongside a smaller 625 lifting the firm’s 3,000ha of crop a year.

He says the new 925 has the power to cope with the extra three rows, but is more impressed with its ability to sip rather than gulp fuel.

Our short stint in the cab saw it average about 21 litres/ha while covering 2.6ha/hour. However, he says there is plenty more in reserve and it is capable of romping along at 8.5kph in good soils, adjusting its revs automatically as it goes.

The extending axle is also a plus point for not driving on already compacted ground.