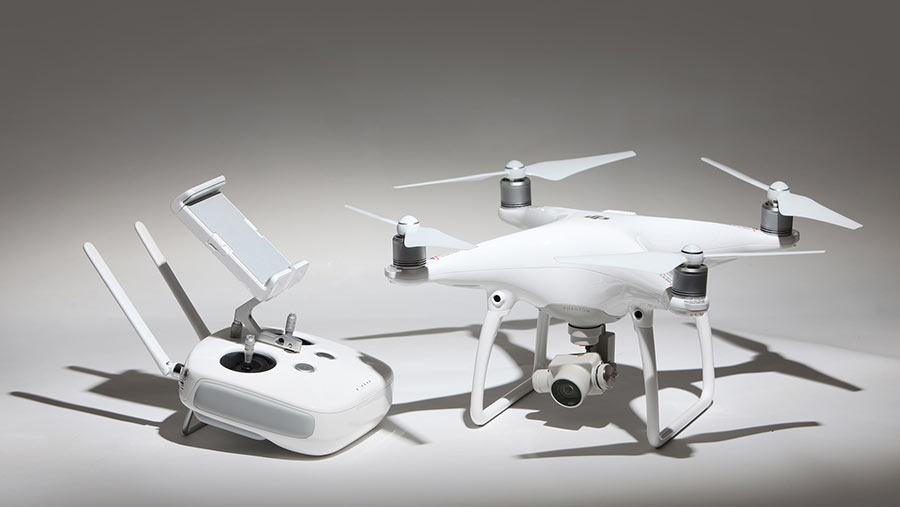 Farmers concerned about damaging their expensive drone kit in flight could find a solution in the DJI Phantom 4, said to be the first mainstream quad copter to incorporate obstacle avoidance and object tracking.

Stereo cameras and proximity sensors work to detect obstacles so that if anything gets in the Phantom’s way – such as an ill-placed tractor or inconvenient barn – it will either stop or find a route around it.

The Phantom 4 also claims to have 25% more battery life than the Phantom 3, thanks to better streamlining and a more efficient battery. In fact, it now has 28 minutes’ worth of flight time.

Flight management modes include a Follow Me option for aerial tracking, a course lock for a strict movement pattern, waypoints to set a course for your drone, a home lock to keep movements tied to a base location and a point-of-interest feature which sets the drone circling a specific area to get a perfect shot.

See also: How to stay legal when flying drones over arable crops

Other tricks include ActiveTrack, which makes it easy to fly while keeping the Phantom 4’s camera steady, even when pointed at a moving subject, and TapFly, which allows you to tap your mobile device’s screen to move in a specified direction and keep flying by tapping in other locations on the screen. 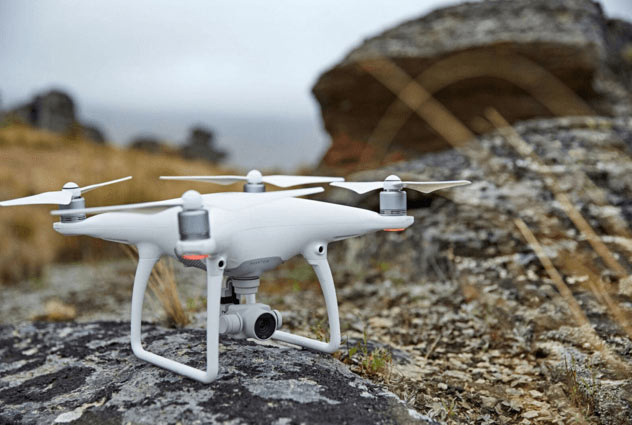 TapFly also has a return-home feature to bring your drone safely back and there are three modes accessible from the controller – position, attitude and sport.

The Phantom 4 can fly at up to 45mph and its raised motors are said to accurately control the aircraft’s movement to make flight at high speeds safer.