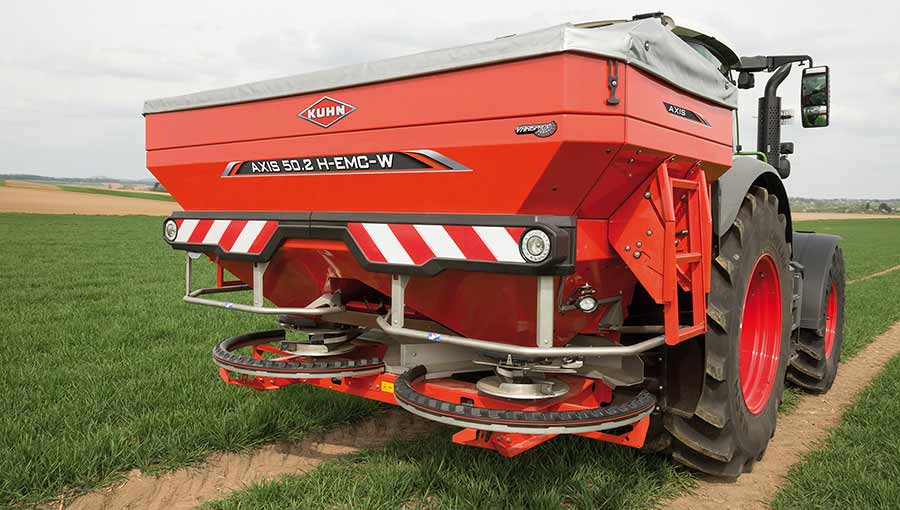 The Axmat Plus concept was first launched at Agritechnica in 2013 and has only now made it to the UK.

It has 54 radar sensors – 27 on each disc – which are arranged in a horseshoe shape underneath the spinning discs, with the radars scanning the spreading pattern as it exits the discs to analyse and change the pattern in real time.

If the pattern deviates from the standard configuration, the system will activate SpeedServo actuators to adjust the fertiliser drop point on the left and right of the discs every four seconds.

This should help alleviate any spread worries when the wind gets up at the end of a load or if the fertiliser quality is low, working alongside watercourses is safer and it is also possible to spread a wider range of fertilisers across the whole width, we’re told.