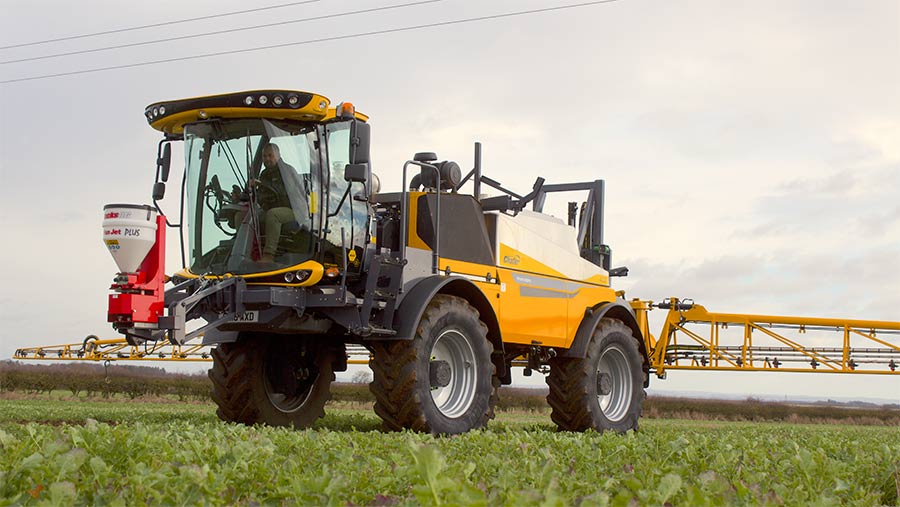 This time we’re focusing on British-built machines from Sands, Househam, Chafer, Landquip and Bateman, all with tank sizes of between 4,000 and 5,000 litres. Below Matt Maclachlan tells us about his Chafer Interceptor F-4000. 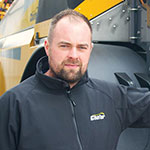 We have Chafer’s 4,000-litre Interceptor with 24m booms, which was delivered last summer.

It replaced a 3,000-litre Househam AirRide that had been on the farm for 10 years and was a pretty extreme upgrade for us – we went from a basic-grade self-propelled to having all the guidance, section control and cab comfort we could need.

Before buying, we had a good look at machines from Bateman and Sands. It was a close-run thing between Sands and Chafer, so it came down to pretty trivial details such as the way the steps folded and quietness/spec of the cab.

The designer of the Interceptor was heavily involved in practical spraying and that is reflected in the layout  – the visibility, controls and comfort levels are all perfect for the job.

Some of my friends who run Agrifac and Horsch self-propelleds have also been impressed with the Chafer setup since I’ve shown them ours.

Though a few people are making the switch back to trailed setups for the extra capacity, we value the ground clearance for working in oilseed rape crops before harvest – it’s stands at about 1.1m – and don’t want to tie up a tractor to run the sprayer for large chunks of the year. 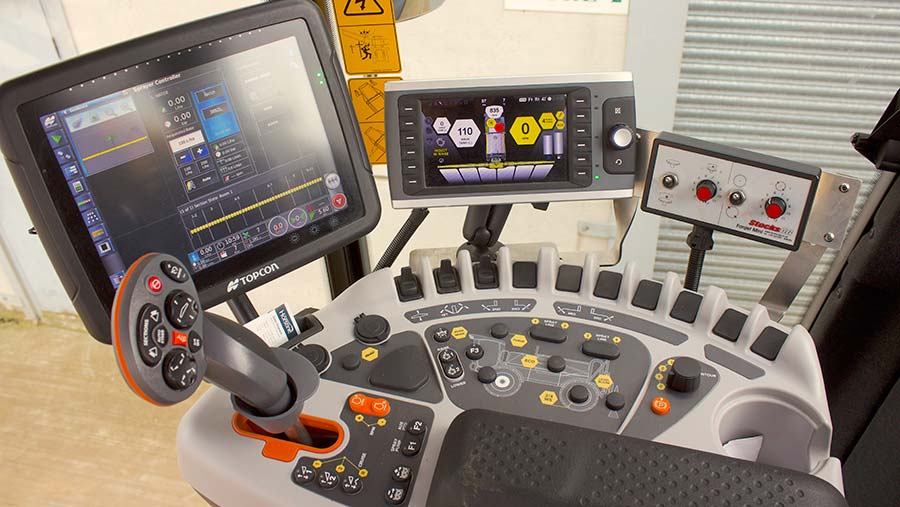 There’s nothing to fault in its performance so far, though we’ve only clocked 500 hours.

The stand-out feature is the cab, which comes off the New Holland forager. The controls took very little getting used to, visibility is unbeatable and it’s quiet too. I can hardly hear the engine ticking away behind the seat and a gantry between it and the cab means access to the service parts is good as well.

It took a bit longer to get comfortable with the plumbing system, though that’s not to fault its design – more the fact that we switched from a basic, mechanical setup.

We went for the fancier ePlumbing system with a screen to control all the valves, which is definitely worth getting – in particular, auto-fill control avoids overflowing and leaves me plenty of time to sort out the containers, and there are all sorts of preset cleaning cycles, too.

We also have the hydraulic drop-down hopper, which lifts well out of the way in work and is much better than the old Househam that used to get caked in dirt.

We noticed a fair drop in chemical use across the sugar beet crop thanks to the 10-stage auto-shut-off. It’s incremental, so the first stage at the tip is just two nozzles, followed by four and then three sets of six nozzles.

Boom levelling is neat as well. It uses laser sensors on the tips and Chafer’s Contour system automatically lifts the ends of the boom on headland turns to save them hitting the ground.

Our top-spec kit also includes the Nordic boom light pack. It only uses two lights, but they’d be powerful enough to illuminate a 36m boom and turned out to be really handy for evening sprays targeting flea beetle in the OSR crops. 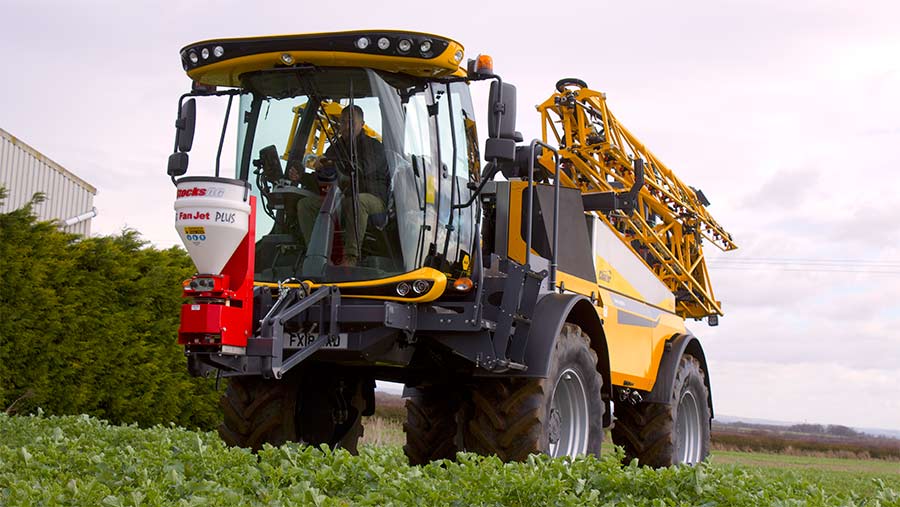 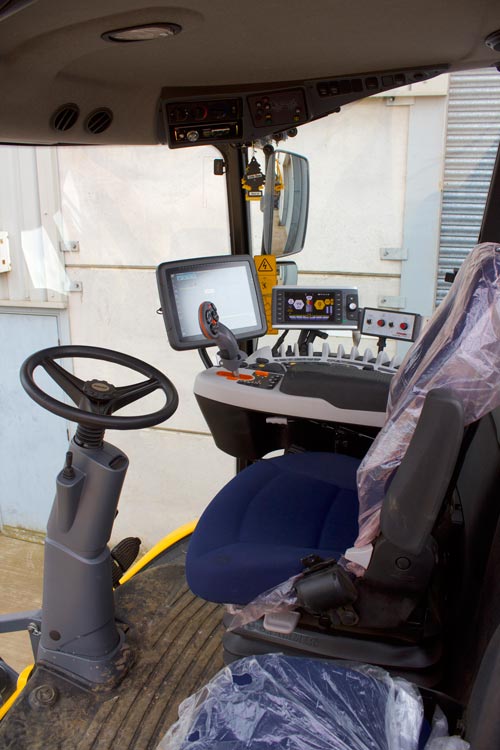 Whenever Chafer thinks of a way to improve the machine, their engineers come out and upgrade ours. Most recently, it was a new damper system for the boom.

We also had a Stocks 65 PR 65 Fan Jet slug pelleter retrofitted to the front so we can get the job done while spraying the oilseed rape.

It mounts on a hydraulically powered frame attached to the chassis and means I can lower it to ground level for filling.

However, it runs out before the sprayer empties, so I have to top it up in the field – in an ideal world we’d have a bigger hopper.

We also have the option of making the switch to liquid fertiliser in the next few years. We specced the sprayer with the extra fert line and it would give us the option of going out to 36m booms – currently we’re limited by the throw of the granular spreader.

Nothing yet – we’re hoping it’ll have the same innings as our old Househam (10 years). If we move to liquid fert then it will help push it a bit harder.