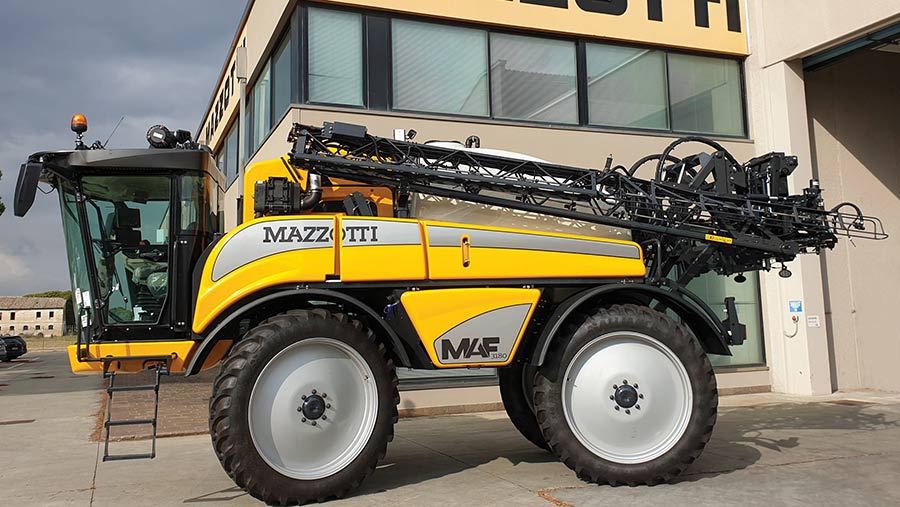 All four are powered by a 175hp four-cylinder John Deere engine, with the smallest two models running a 40kph hydrostatic transmission.

However, this can be upgraded to the more sophisticated 50kph setup on the pair of bigger machines.

There are also Mc versions that have a stepless hydro-mechanical transmission and conventional mechanical axles that help transmit more power to the ground to improve traction and hill climbing.

The sprayers come with John Deere’s dual-circuit M-Spray system, which has a dedicated 600 litres/min filling pump that will brim the biggest MAF 4080 model in less than seven minutes.

It includes an Active Pause feature that allows operators to load chemical at a leisurely pace without racing against the water fill rate.

Spraying is carried out by a dedicated 750-litre/min spraying pump and there’s electronic control of tank agitation and rinsing, either from inside the cab or using the keypad and display on the side of the sprayer.