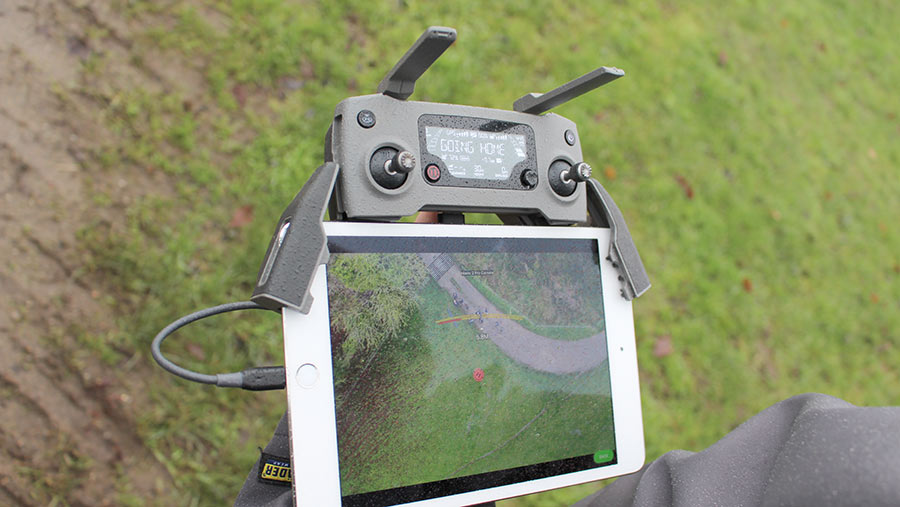 Ag tech firm Drone Ag is to launch the second version of its Skippy Scout app at this year’s Lamma show, which promises to bring accessible crop-scouting technology to large and small farms.

Skippy Scout is aimed at growers in the sub-100ha bracket that might not be aware that employing drones to help manage crops could have big benefits when identifying disease and only spraying areas that require it.

As time becomes increasingly scarce and weather windows ever tighter, the need to cover the ground quicker and make informed decisions on pesticide application has become more critical than ever.

What is Skippy Scout?

Version one of the app has been around for 18 months and is an automated way for users to send a drone to various points in a field to scout the crop or soil. The firm is clear than this isn’t a mapping service, as it works well from already mapped fields.

The pins are dropped on the satellite field image via a tablet, and then it’s just a case of pressing go to send the drone on its autonomous path across the field.

Before snapping away, the drone lowers itself to 2m above the crop or soil by using pressure sensors to gauge how far away from the crop/soil it is.

This means that any variance in crop height is taken into account and the distance of photo will always be the same. Images are then sent back to the user’s phone as they are taken.

After starting out by training farmers to use drones, the company then developed Skippy Scout with the aim to help farmers become more profitable by using drones in an affordable way to help decision-making.

Current users have been key in influencing the new features on version two, of which the biggest addition looks to be the introduction of AI image analysis.

This will help whittle down the images into ones with little or no problems and those with crop health issues.

The AI analysis can show green area index for different parts of the field, percentage of weeds in one photo, plant counts and whether there is any unhealthy leaf on the cash crop.

Skippy users will be able to share data seamlessly between parties – for instance, when a farmer flies the drone and snaps a lot of photos, the farm’s agronomist can instantly see all of these pictures.

Previously the only way for this to happen was sending every image manually. 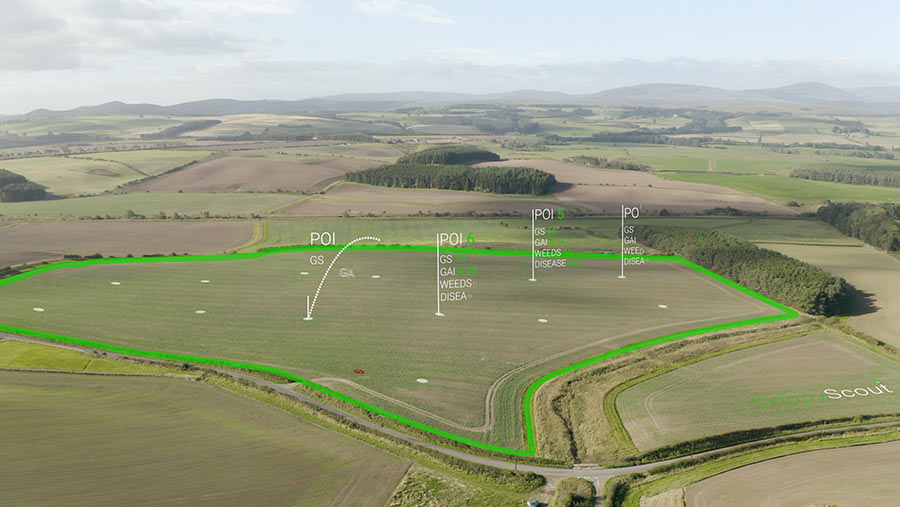 A bugbear for some users of the old app was the inability to save previous routes, meaning it was a bit of a guessing game to select the exact area the drone captured last time to see if any remedial work has had the desired effect.

Now routes can be saved for repeatable missions.

Cost for a single user with a 50-field limit is £30/month, while £60/month will get a single user unlimited fields – ideal for larger-scale farmers or consultants.

A top-level enterprise option offers unlimited users and fields, but here the price is bespoke, as is the package.

DroneAg is also teaming up with HeliGuy to offer a hardware package with servicing and regular upgrades for the drone.

There are also plans to sync with farm management software such as Gatekeeper, Muddy Boots and SOYL, so when marking areas of concern in one of these, it will automatically sync with the Skippy Scout. 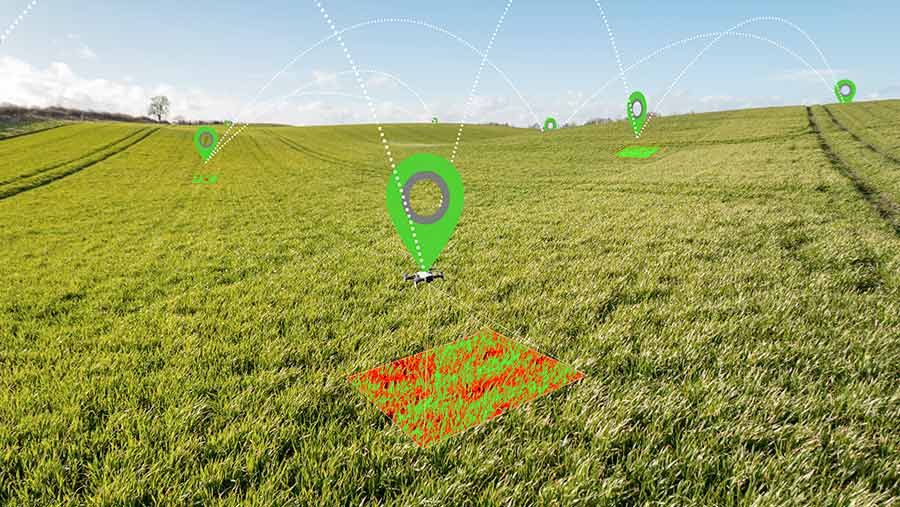 Version two has been on trial since September 2018, with 400 users worldwide. The UK trails have covered some 250,000ha, with a mix of farmers and agronomists.

Robert Ord is an agronomist with McCreath Simpson and Prentice and reckons the app has boosted his daily crop-walking output by about 40%.

“My spring workload is very demanding, so being able to send the drone up in fields adjacent to where I’m already walking has helped me get over the ground quicker than before”, says Mr Ord.

“The pictures are clear enough to make confident management decisions and I’m able to identify weeds at the cotyledon stage. It’s also particularly handy when the crops are too thick and difficult to walk through”.

Other benefits for Mr Ord have included traceability of decisions, as the images are time, date and GPS stamped, so it’s easy to trace where the original issue began.