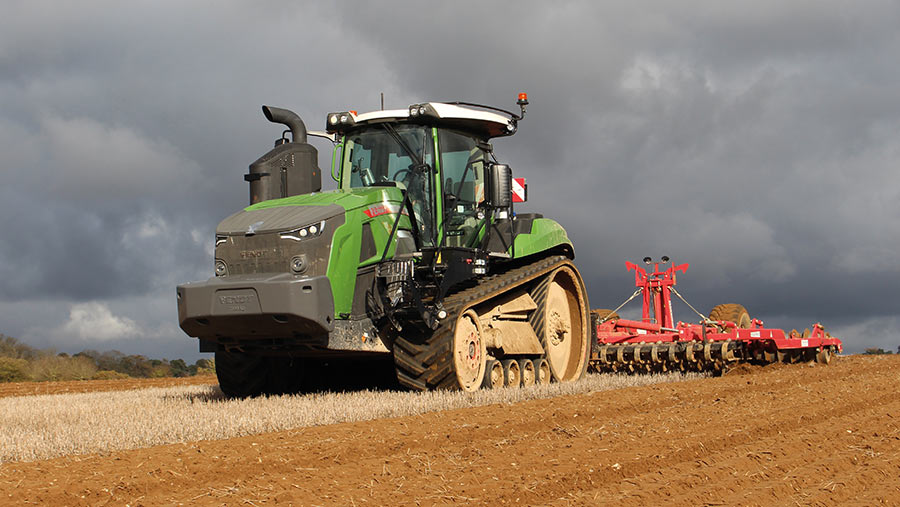 When Fendt announced it would be inheriting Challenger’s product range in Europe, questions centred on how the tracklayers and their crude powershift gearboxes – so obviously at odds with the firm’s Vario-only policy – would be incorporated.

Fast-forward three years and the answers have arrived in the form of the 1100 Vario MT range.

Confident of healthy European appetite and growing North American interest, the company has spent considerable time making sure its CVT is capable of handling the monstrous 600hp-plus output of the biggest twin-trackers.

This has culminated in the most powerful range ever to run a version of its ubiquitous Vario gearbox.

It actually uses the same transmission as the 1000-series wheeled tractors, paired with a brace of MAN engines and a cab developed for the smaller crawlers.

This recycling project will have helped to keep a lid on a potentially high costs in what is a very niche market.

Fendt expects to sell roughly five of the big US-built machines annually in the UK. If sales of the smaller 900 MT are anything to go by then the effort may well be justified – it has shifted more than 90 of them in the three years since their launch.

This suggests that the changes have gone some way to repairing the damage caused by the troublesome E-series machines and the added bit of Fendt polish has been welcomed by Challenger customers.

So, what’s it like? To get an idea, we spent an afternoon with an early version of the 1162 MT. Watch the video and read the report below.

The biggest change from the Challenger models has occurred in the engine department.

Both blocks use the complete package of emissions paraphernalia (DOC, DPF and SCR sitting inside the monstrous exhaust stack, plus exhaust gas recirculation) and service intervals have been extended to 500 hours.

The TA 400T transmission used in the 1100 MTs has the same internals as the wheeled 900- and 1000-series tractors and tracked 900 MT models – the only difference being in the fitment of heavier-duty final drives. 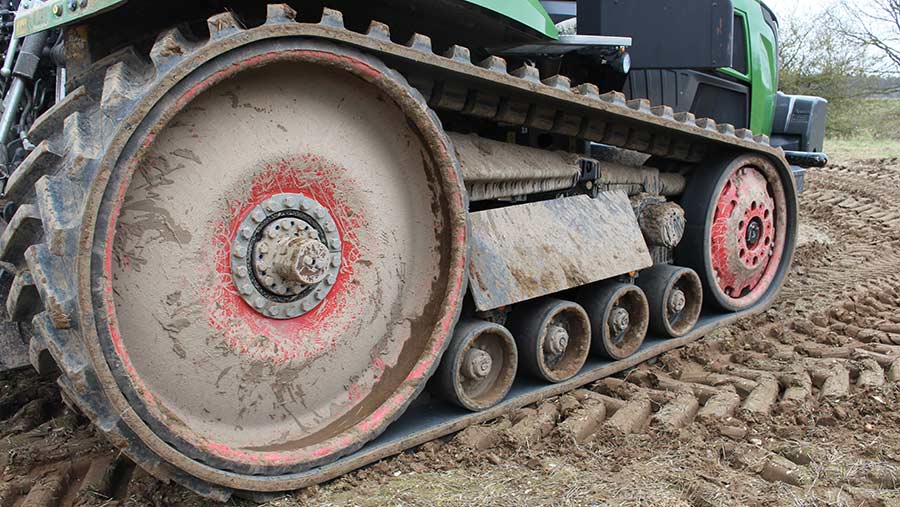 Like its siblings, it features a single-range setup with a hydraulic pump and two motors.

However, instead of having a motor supplying each axle – as is the case with the wheeled tractors – twin-track machines get both motors on the rear.

In practice, heavy fieldwork sees the two engaged but, as speed increases, one gradually moves to neutral before being decoupled to reduce drag above 20kph.

At 40kph, the second motor switches to neutral and the machine’s driveline is fully mechanical.

The engine and transmission changes have allowed Fendt’s engineers to squeeze out considerably more torque and it is available lower down the rev range, too.

The equivalent outgoing model came with 2,600Nm, but operators had to wait for 1,500rpm to realise the full hit and it lasted until a noisy 2,100rpm.

Running at a lower rpm brings noticeable fuel savings – we were lugging a 5m Keeble cultivator up and down some Suffolk slopes on fairly light land, averaging about 80 litres/hour at 10kph and 1,400rpm.

Elsewhere, a minor change to the track units involves an additional 380mm-diameter polyurethane mid-wheel to form two pairs of oscillating units on each side.

Fendt has also increased the diesel tank from 1,000 to 1,320 litres and positioned the drawbar attachment 80cm closer the tractor’s centre for better weight balance.

Fendt offers three linkage options to reduce the stresses on the tractor and implement when turning, too.

Standard is a free-swinging drawbar allowing for 28deg of lateral movement; there is a hydraulic unit controlled through the screen that allows for implement shifting; and a three-point linkage that pivots the back end by a minimum of 12deg, with the free-swinging drawbar offering a further 11.5deg.

As mentioned, the cab was first designed for the 900 MT models a couple of years ago.

There is little to dislike, but it looks dated – emphasised by the new ‘One’ version for the wheeled tractors.

It will take time for this to filter down to the tracklayers and self-propelled kit because of their substantially different software requirements.

The 10.5in touchscreen needs little introduction and Fendt offers its biggest joystick as an option, having chosen not to do so on the smaller tracklayers. 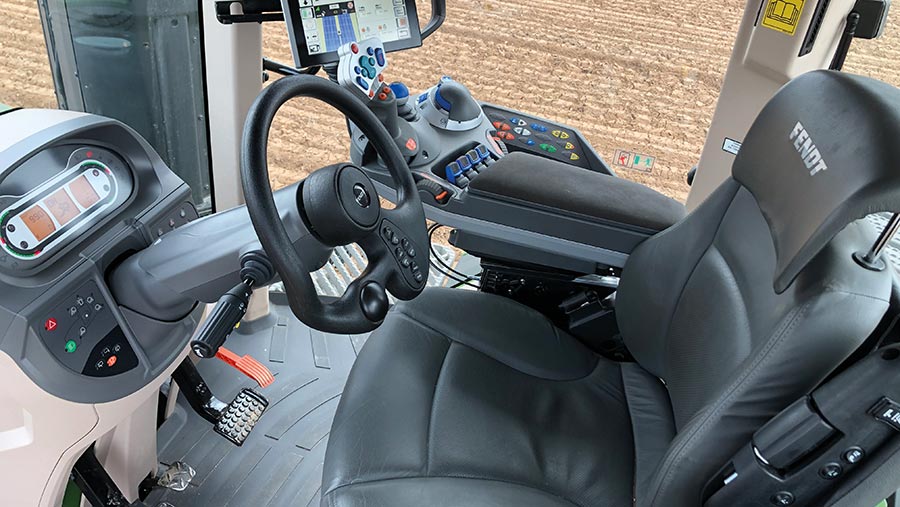 As a consequence, early 900 MT models with a simpler stubby stick and limited potential for customisation have considerably less appeal.

The other cab-related change involves the bank of buttons previously over the driver’s right shoulder now in the form of blister buttons on the armrest for linkage and guidance settings.

One of the sore points for Challenger drivers – both literally and metaphorically – was the unforgiving road ride.

Fendt’s remedy is a Smartride system, fitted as standard, that sees a pair of hard-bar mounted springs and dampers in place of the standard four rubber blocks to provide 96mm of cushioning.

There is a two-point cab suspension option, too, while Smartride+ can hydraulically level up the machine independent to the tracks.

Views outwards are good and the neatly angled design of the enormous exhaust stack minimises its intrusion. 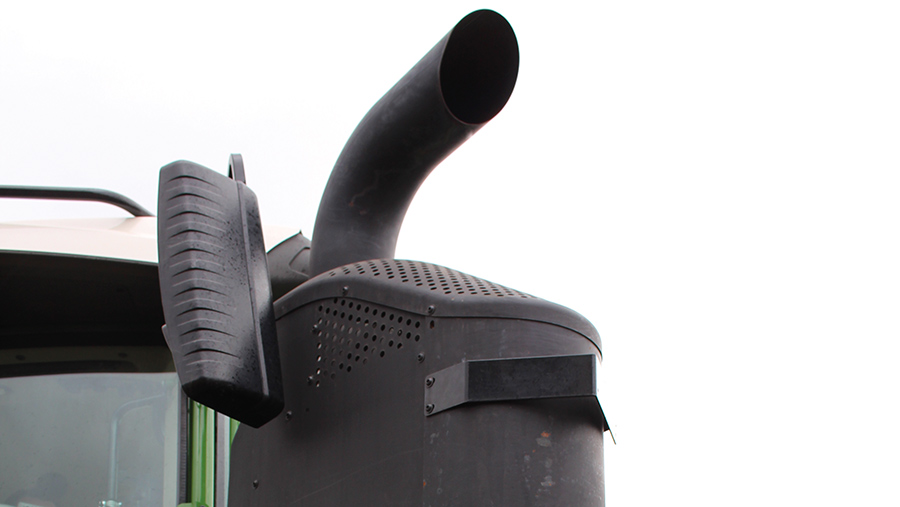 The girthy bonnet still makes country lanes feel like driving on a tightrope, though.

It can also pick the best path across a field, meaning the tractor is able to complete most headland turns and fieldwork autonomously.

There’s little doubt the long-in-the-tooth Challenger machines needed some surgery and operators will be pleased to see ride quality improved, working rpm reduced and a better cab to boot.

A Vario box is the icing on the cake and Fendt is confident that healthy fuel savings will detract from the slight loss in mechanical power.

However, these are niche machines and more versatile and powerful wheeled tractors will provide stiff opposition in the long term.

Only a select few of the biggest farms can justify having a £500,000 tilling and drilling specialist parked up for most of the year.