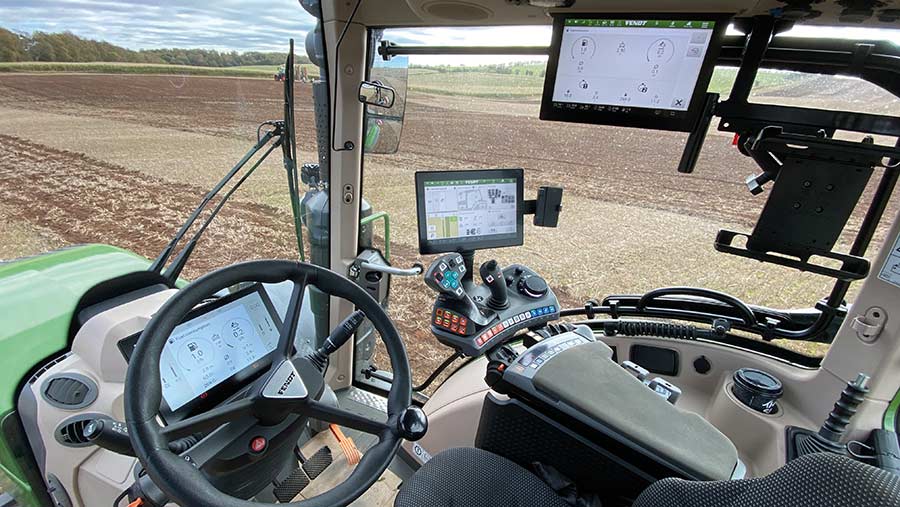 Fendt is rolling out new-look cab controls that it reckons will finally put to bed the myth that its tractors are hard to drive.

Comfort, quietness and a raft of once cutting-edge technology have been hallmarks of the Marktoberdorf-built tractors for a long time, but the old layout has been looking increasingly stale since John Deere unveiled its swish Command Pro almost four years ago.

And with Valtra and Massey Ferguson also now offering high-tech office spaces, Fendt has finally decided it’s time to refresh the furnishings that have filled its tractor cabs for the best part of a decade.

The new setup sits within the same four-post cab frame, but the tall, upright joystick has been retired, the armrest monitor upgraded to a far more navigable 12in format and there’s a new party piece – a 10in tablet that replaces the conventional dash.

These account for 45% of all models rolling off the production line, but the rest of the fleet will get the same treatment over the next 18 months. Updated tracked machines might be a longer wait as they run slightly different software.

Fendt’s old 10in monitor may once have been the pinnacle of tractor cab technology, but the burden of running guidance, variable rate, section control and task management software has put it at the limit of its processing power.

The new version is apparently geared up to cope with far more information and will allow for plenty of updates in the future. Some will be free – such as putting guidance maps on the dash monitor – but other unlocks will cost money.

There is also a new screen layout that, based on first impressions, has vastly simplified the ease of finding and altering settings. 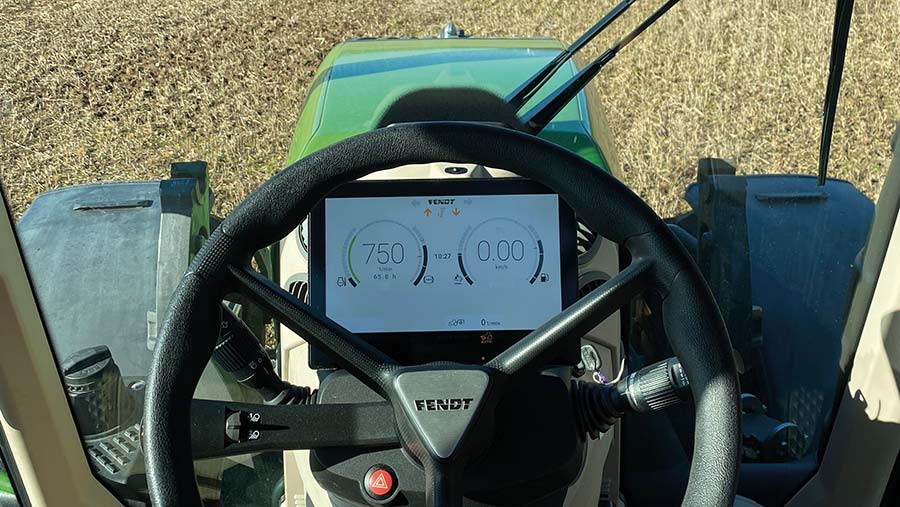 It’s now on a par, or better, than the user-friendly Command Center in John Deere tractors, Valtra’s Smarttouch and the Tellus used by Kubota.

Operators can create and swipe through their own run screens by selecting up to six different tiles of information – work monitors, spool settings, linkage depth and the like.

Most of the icons are the same as before, so seasoned Fendt operators should be able to find their way around fairly quickly.

The orthodox dash has also been ditched in favour of a second 10in monitor, which can show most of the same details. It’s a view-only arrangement on all but 300-series Power-spec models, which aren’t fitted with the big armrest screen.

And if that isn’t enough, £2,731 adds a third monitor that drops from the roof. It’s unlikely to be a big seller, but may be useful for sprayer operators wanting to keep tabs on both guidance and section control, or customers running several external cameras. 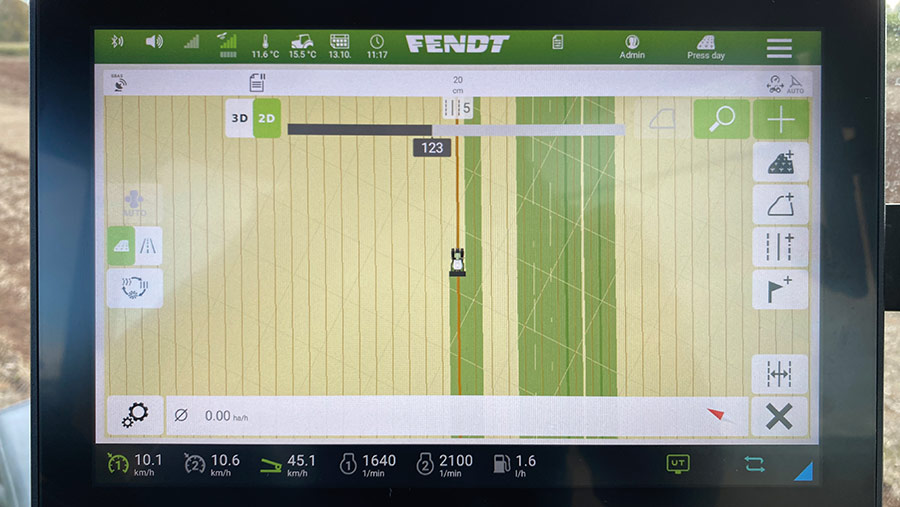 The joystick has a shorter, stockier new look. Rather than the rangy affair of old, it’s shaped much like the Deere and Valtra equivalents and puts most things within striking distance of the operator’s thumb.

It still works the same – knock it right to engage cruise, left to alter direction – but now carries proportional scrollers for two spools and another wheel for quick adjustment of the cruise speed. Both represent major improvements.

There’s also a new 3L joystick that, once given the planned software update, will allow control of up to 27 functions.

It’s an upgrade from the standard cross-gate setup and will probably be money well spent for anyone running a loader – particularly as it also carries a forward/reverse shuttle.

The rows of blister buttons banked up the side of the old armrest have been redistributed further forward, keeping them under the nose of the driver and within the reach of an outstretched finger.

Clutter has also been reduced by stuffing lesser-used controls such as pto speed and suspension settings into the screen.

This has created space for more freely assignable buttons, including four on the joystick.

But to save operators having to memorise which button controls what, each switch is flanked by LEDs that change colour to indicate the active spool or function. 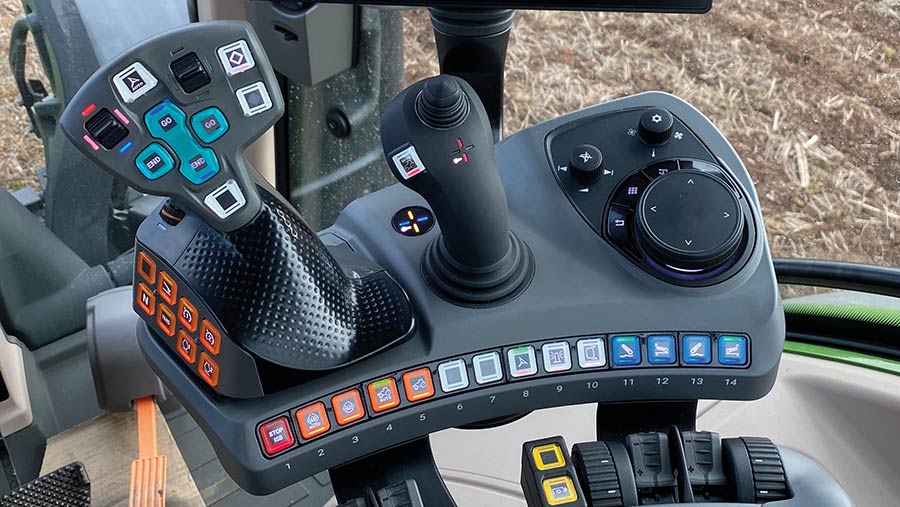 Regular spool paddles remain, too – four in the case of higher-spec 700s – but the old linkage depth wheel has been consigned to the Fendt museum. Its replacement works predominantly through the screen, with two virtual depth memories avoiding reliance on manual wheel detents.

Fendt has also developed a web-based platform that allows managers to track work progress and fuel use, and share guidance lines, field boundaries and implement data with operators.

It’s relatively cheap – costs extend to a £100/year server licence and £10/year data SIM – and can be used to form pdf reports at the end of a job.