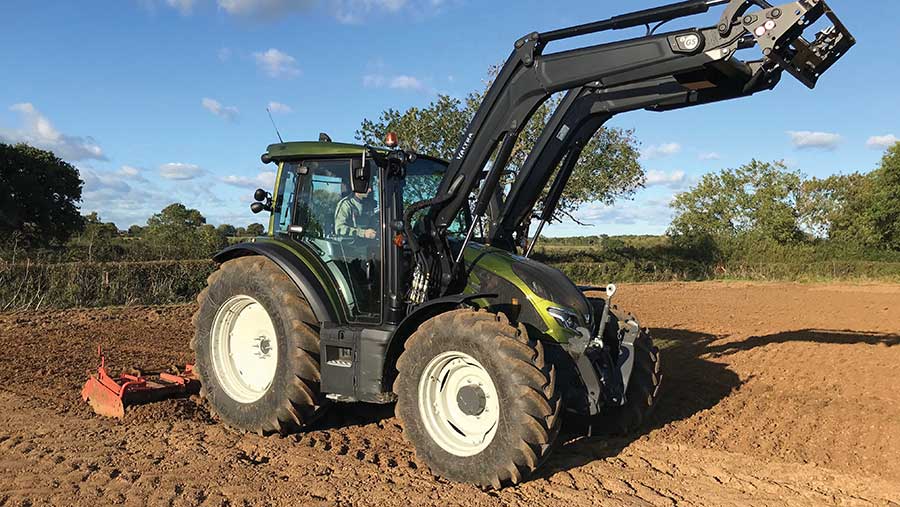 Valtra recently unveiled a completely new 105-135hp tractor range, but its choice of components marks something of a departure from traditional Finnish form.

Rather than using home-built gearboxes, the new G-series tractors employ a six-step powershifter built by Agco sister-company Gima, which is paired with a Chinese-made variant of the ever-popular 4.4-litre Sisu engine.

On the face of it, the introduction of yet another range of four-cylinder tractors appears peculiar, given potential purchasers already having two choices around the 120hp mark – the A- and N-series.

But the launch of the 105-135hp G-series coincides with a reshuffle of the whole pack, so the line-up won’t be as bloated as it first appears.

And at the other end of the scale, the Gs offer a whole lot more sophistication than the bog-basic A-series – the top two 120hp and 130hp models of which are only available with a 12-speed mechanical box and unsuspended cab.

At the bell-housing, the powerplant is bolted directly to the same Gima trans-axle that is used in Massey 5700 tractors and Claas’ 400-series Arions. However, all Valtra Gs will have the four-range, six-step powershift, while MF and Claas also offer the 16-speed Dyna4 and equivalent Quadrishift.

The Beauvais-built backend uses shared oil for the transmission and hydraulics, which hasn’t traditionally been the Valtra way.

Because of this – and because there is no option for proper front axle brakes – the company has opted to only offer the G-series as a 40kph tractor, with “Eco” variants having the facility to throttle back to 1,640rpm at top speed. 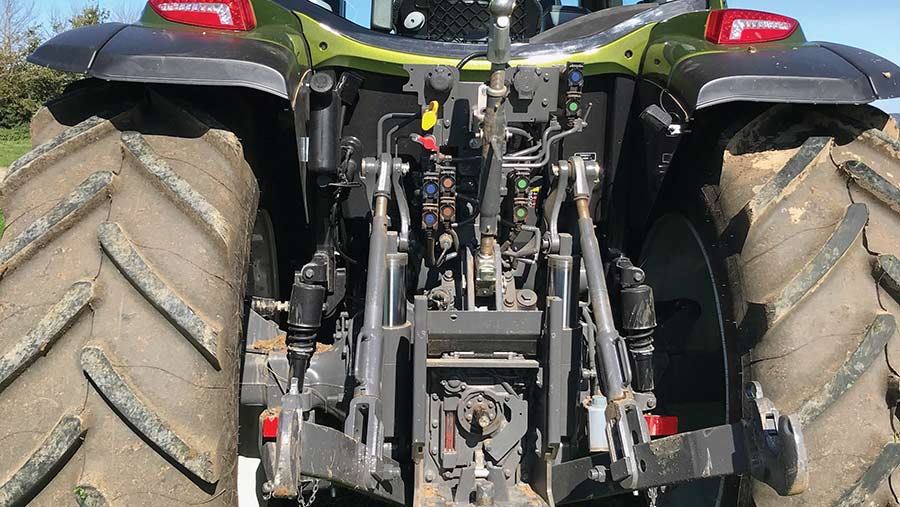 Operator-friendly gearbox features extend to a hill-hold function that saves standing on the brakes at every junction and brake-to-neutral, which means the gearbox will declutch when the anchors are applied.

The nice thing about this is that the speed with which it re-engages can be tweaked according to the work being done.

This is accessed by the dash-mounted info screen, which is much clearer than what went before and isn’t too much of a faff to navigate. A whole host of other settings, including powershift aggressiveness and the gearbox auto settings, can also be found lurking here.

It’s the latter feature that we’re not entirely convinced about. Valtra offers drivers the choice of two auto modes, with Auto 1 activated simply by knocking the stubby armrest “thumb” to the right. The computer then takes over and decides when to initiate up and downshifts off its own back.

Although brilliantly simple, we found it never quite married up with where we would choose to shift, so we switched to the customisable Auto 2 mode.

This allows drivers to set the upper and lower shift points in the little screen. 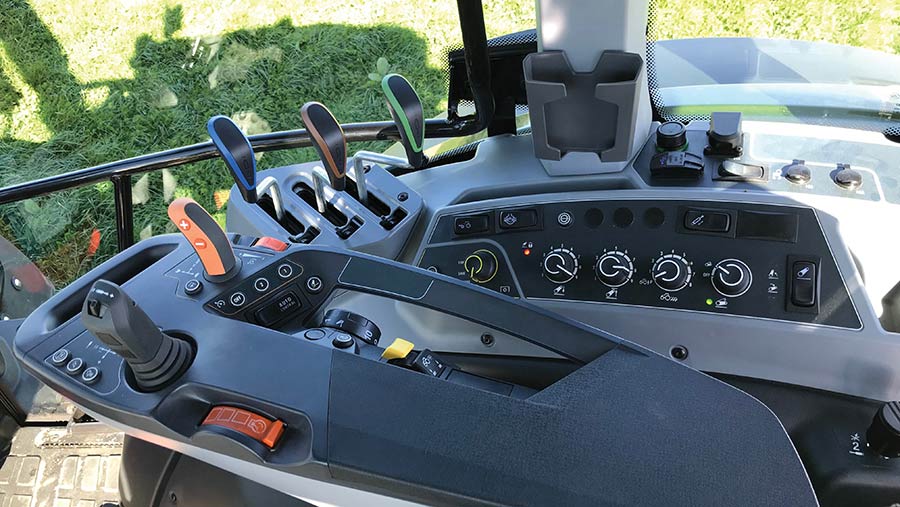 In the HiTech-spec, all controls are push-button except the three cable-operated spool valves © Nick Fone

While this is a better bet, it does require changing for different jobs. Disappointingly, it was much joltier than the Finnish-made five-step powershift in our host farm’s T154 Versu, despite turning all the auto-shift settings to featherbed softness.

The men in the know tell us this was more than likely a bedding-in issue for the sub-100-hour tractors, although, strangely, we found it was smoother shifting when operated manually.

In the end, we chose not to bother with them – how much effort does it take to nudge a lever forwards and back or squeeze the +/- buttons to initiate range changes? It’s certainly no calorie burner compared with dipping a clutch and yanking on a gear stick.

Valtra has used the same cab frame as the A-series, but with an interior to match much bigger models. Like them, it’s all bolted together at the company’s Suolahti factory.

However, unlike other Valtra tractors, it’s not gearbox choice that governs spec level, simply because there is no choice – it’s the 24-speed powershifter or nothing.

Instead, choice centres on the hydraulics package. Top-end Versu models get a 110-litres/min load-sensing setup with electronic spool-valves integrated into Valtra’s flash-looking SmartTouch armrest, with colour monitor and multifunction joystick.

Mid-spec Active versions also have the same variable-displacement pump, but it sends oil out via mechanical, cable-operated spools and has the familiar armrest used in larger mid-rangers. 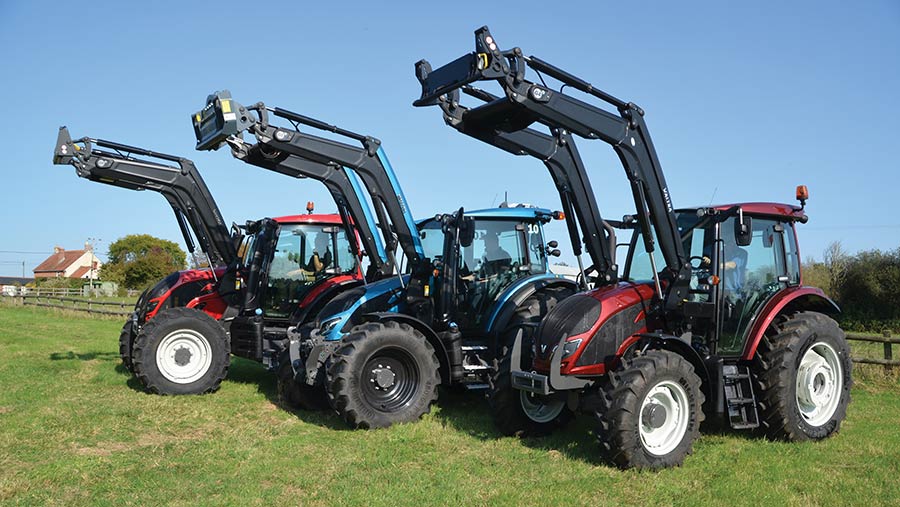 Given that Valtra has been quite open about viewing the G-series as a stockman’s machine, almost inevitably to be fitted with a loader, we’re pretty confident we won’t see many top-spec Versu models coming to the UK, particularly considering they command a £5,760 premium over a HiTech.

The only real upside to the expensive option is the auto-steering package which, thanks to the colour touchscreen, is about as well integrated and easy to use as any on the market.

Similarly, we’re not convinced the mid-spec Active variant is a worthwhile option, either – with the load-sensing hydraulics package not adding enough extra performance over the HiTech’s gear pump on loader work to justify the £1,800 additional expenditure.

Our view would be that it’s best to stick with the HiTech unless you need load-sensing hydraulics to run something like a drill fan or you’re desperate to have GPS steering running through a fancy screen.

While we’re on hydraulics, it is worth noting that there are six different Quicke-built loader jibs to choose from, all of which are operated by the tractor’s stubby armrest-mounted electronic stick.

Valtra says it is phasing out cable-operated sticks in a bid to reduce in-cab noise and dust ingress.

With this in mind, there is also Valtra’s clever Hydraulic Assistant, which automatically revs up the engine when the loader controls are used.

Although a 5t, 130hp tractor might not be every arable farmer’s first choice for heavy draft work, as a livestock machine it’s inevitably going to have a bit of fieldwork to do. To see how it measures up, we put it to work with a 3m power-harrow.

The result was pretty surprising. Initially we set out with the pto in 540 speed, but the engine barely noticed the heavyweight soil-stirrer, even with it buried up to its nether regions.

On that basis it seemed a bit unnecessary to have the engine revved up to nearly 2,000rpm, so we took a punt and switched to 540-eco.

Even then, the Sisu motor burbled happily away at just over 1,500rpm with the semi-powershift gearbox in range three, trundling the tractor along at just north of 3kph.

Nudging the stick forwards to take it well beyond 5kph seemed to make no difference to the engine, either – one thing this tractor has got is torque, and heaps of it. 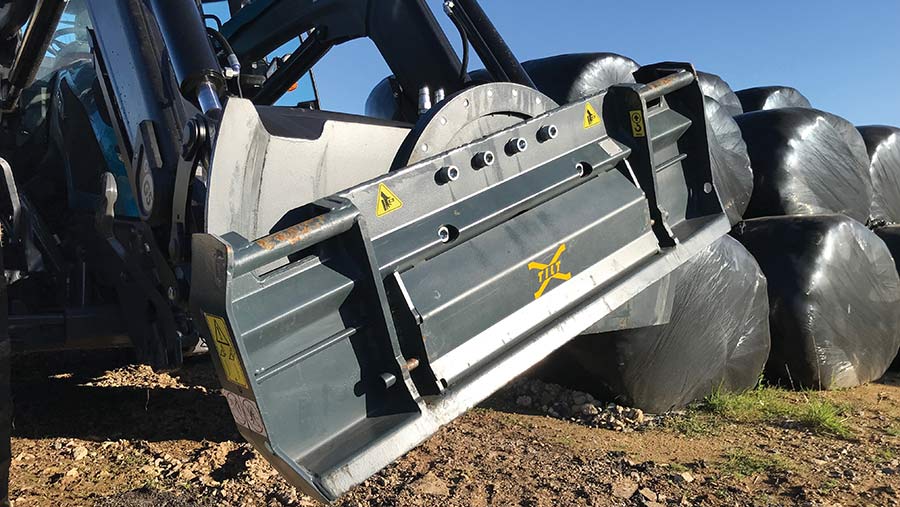 It might just be a gimmick, but Valtra is now offering a swivelling headstock on its Quicke-built loaders. The X-Tilt attachment carriage is capable of swinging 20deg in either direction and means drivers can easily tweak implement angles.

Operated via an additional diverter valve on the third service, it made unloading packs of fencing stakes from a trailer where the drawbar had sunk a much easier job.

Also, altering its pitch when using a bedding dispenser meant it was possible to vary the throw of sand into cubicles.

Although it proved a nice-to-have feature, it seems a bit of a luxury considering its £3,920 list price.

There is no lack of choice in Valtra’s sub-130hp department, with the G-series plugging the small gap between the billy-basic A-series (an Agco shared-platform machine) and the more highly specced Ns.

Buyers can now pick between three different models at the 130hp mark:

With a gearbox and backend shared with MF and an Agco Power-branded engine, what’s clear is that the G-series represents a trend for all Agco brands moving towards more common components.

Whether different cabs, controls and colour schemes will do enough to persuade potential purchasers that there’s anything to choose between will remain to be seen. However, we really like this lively little Franco-Finn.