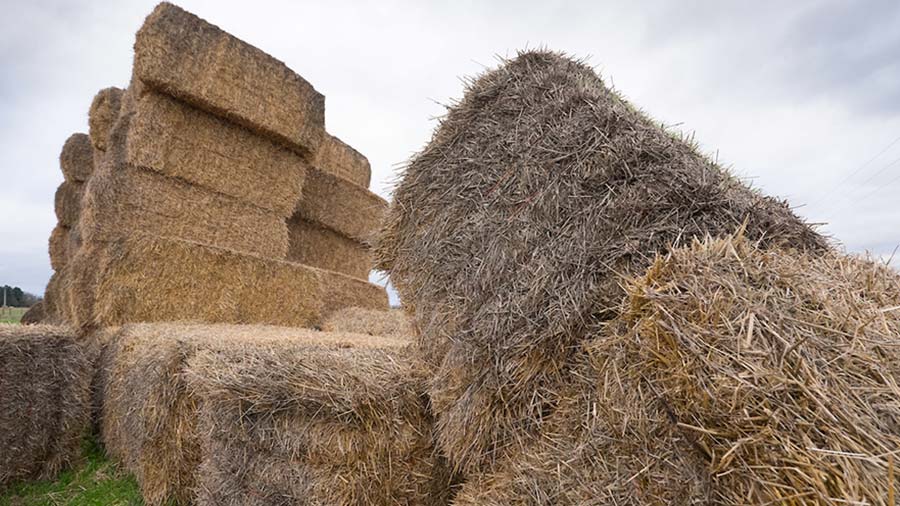 Farming remains one of the most dangerous industries to work in, yet many of the fatalities and serious injuries reported each year could be easily avoided.

Farmers Weekly looks at the shortcuts that can lead to accidents.

1. Leaving a handbrake off, and

Being hit by a vehicle remains the top cause of deaths on farms, yet many accidents can be easily avoided.

Turning off the engine and putting the handbrake on while you jump down from the cab for a few seconds might seem unnecessary, but it can take very little to cause the machine to start moving, putting you and others at risk of being hit.

The Farm Safety Partnership – an industry body made up of organisations such as the NFU and NFU Mutual – is trying to reduce the number of machinery accidents through its Safe Stop campaign.

The campaign urges people to remember four simple steps when they get off a machine: engage the handbrake, put the controls in neutral, switch off the engine and remove the key.

The HSE says these steps alone would stop 80% of machinery accidents.

See also: Why tractor ‘kill switches’ could save lives

It’s easy for equipment to get damaged or worn out during routine farm activities, but if disrepair goes unnoticed or gets left, it can result in serious injuries or fatal accidents.

Accidents with unguarded ptos and pto drive shafts happen every year, usually when farmers get out of the tractor to check machinery which hasn’t been switched off.

Rural insurer NFU Mutual says most of these accidents are preventable if the pto guards are properly fitted and maintained.

It recommends the Safe Stop steps, and checking guards regularly to make sure they are chained, lubricated and free from defects. Faults should be reported immediately and machines with any defects should not be used.

Falls from height are one of the highest causes of deaths in farming, according to Health and Safety Executive (HSE) figures. Those who survive often suffer broken bones and life-changing injuries.

Falls often happen from roofs, lofts, ladders, vehicles and bale stacks, and most of them can be avoided by taking simple precautions, says insurer NFU Mutual.

It recommends carrying out regular assessments to identify hazards, consider the risks and find ways to take precautions, such as using ladder feet to prevent ladders from slipping.

Using old and damaged equipment can also create unnecessary risks. The Ladder Association runs an annual ladder exchange, giving people an opportunity to swap any bent or broken ladders for brand-new ones.

Contact with electricity is another common cause of death on farms, with nearly two-thirds of incidents involving overhead power lines.

If you have to work near overhead power lines, plan your work around them to make sure you don’t take tall machinery underneath them.

If you do hit a power line try to drive away, but if you are stuck stay in the cab and call the power supply company to ask it to switch off the power, says the HSE’s Rick Brunt.

“If you can’t do that and you have to leave the vehicle, make sure you jump clear and land with your feet together rather than climb down,” he says. “If you climb down you will close the circuit.

“You then need to jump away from the vehicle in hops rather than stepping away, because if you walk the current can go up one leg and down the other.”

It’s important to remember that while broken power lines might appear dead, they could still be live, he adds.

“The supply will try to reconnect several times before it cuts out. Don’t assume the line is dead until you have contacted the power company and are told that it’s switched off.”

See also: How to work safely near overhead power lines on farmland

You may think you know your animals, but they can be unpredictable and accidents with livestock still account for a significant number of farm fatalities and injuries every year.

Investing in a well-constructed race and crush are vital to keeping you and your livestock safe, says the HSE’s Rick Brunt.

“Trying to trap animals in a corner with a temporary gate might seem like a shortcut, but you end up spending more time doing a job and put yourself at risk.

“There’s also straightforward stockmanship to consider,” he adds. “People need to understand the animals, know how they behave and react to handling, and know when they are unsettled.

“Knowing when to delay the job until the animals have calmed down is important.”

Working on a farm can expose people to chemicals and substances which can be dangerous if they breathe them in or get splashed.

Having washing facilities nearby to ensure staff properly clean and dry themselves after being exposed can also help.

Being killed by falling objects is one of the most common cause of deaths on farms, with falling hay bales a major culprit.

Stacking bales requires skill, so training people to handle them is a key part of reducing the risk.

Bales should be stacked on firm, dry, level ground, with enough space for vehicles to move around them without risk of knocking them off. Make sure you put signs up to warn people to stay clear, and if necessary fence stacks off if they are near livestock or footpaths.

To destack, remove the bales in reverse order of stacking and don’t be tempted to push big bales off by hand – use the right machinery to help you.

For tips and advice on stacking bales, download the HSE’s PDF guide.

9. Not charging your phone

Many farm jobs involve working in isolation, so having a charged mobile phone could save your life if you need to call for help in an emergency.

While mobile phone signals can be poor in rural areas, it’s important to remember that calling 999 doesn’t require a signal from your mobile provider.

If you are trying to alert someone on the farm, it is also often possible to send text messages despite not having signal.

Before you start a job, though, always try to tell someone where you are going and what you are doing, so that they know where to find you.

10. Fencing with a front-end loader

Using a machine to do something it wasn’t designed for massively increases the risk of accidents, and using a front-end loader to drive in fence posts is no exception.

Lifting the bucket raises the centre of gravity of a tractor, allowing it to tip over more easily, putting the operator and those around them at risk of being crushed.

“Take the time to plan jobs. Think about the kit you need and how you will use it,” says the HSE’s Rick Brunt. “A single slip could have grave consequences, for you, your family, your workers and your business.”