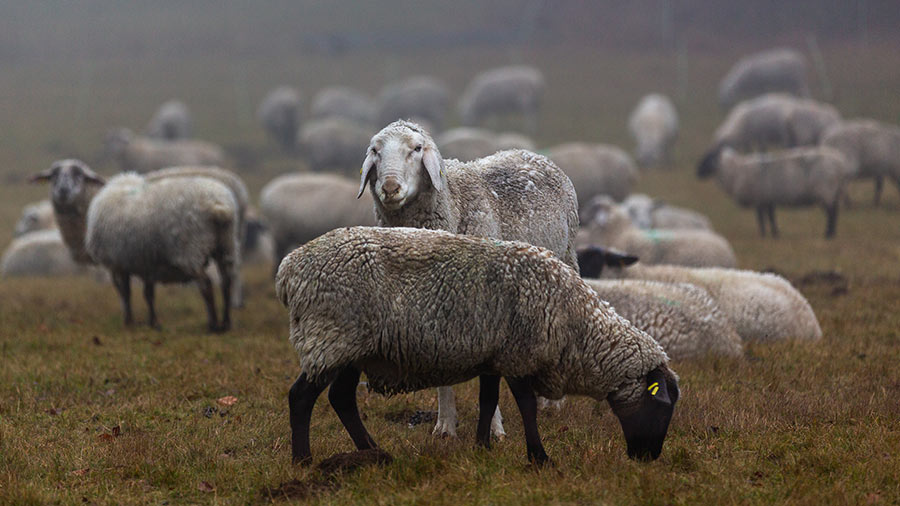 The year 2020 has not given crop growers much to smile about, and although lamb prices rallied in the year, wool values did not fare so well.

Weather, the loss of some crop protection products and the pandemic all conspired to make 2020 a year to forget.

Winter wheat, down. Spring barley, down. Oilseed rape, down. Sugar beet, severely down. The extremely challenging weather and the diminished armoury of crop protection products took their toll on most crops, on most farms, in most parts of the country in 2020.

Poor establishment, high pest pressure and lack of rainfall in the crucial growing season saw the national wheat crop average just over 7t/ha, according to Defra figures – some 20% lower than last year. And that was on one of the smallest drilled areas in decades, resulting in a massive 38% drop in national output to 10.1m tonnes.

Barley production actually improved slightly (4%), but that was due to a massive (54%) increase in the spring-sown area, which more than made up for a 43% reduction in the winter-sown area. Oats increased in area by 16%, but yields dropped by 19% to 4.8t/ha.

Oilseed rape took a significant hit, as yields fell by 16% to 2.8t/ha, while the planted area was down by 27% on 2019. The total crop was 38% lower at 1.1m tonnes, with the loss of neonicotinoid seed treatments and the consequent impact of cabbage stem flea beetle being held accountable.

Similarly, 2020 has been a dire year for sugar beet growers, with the loss of neonicotinoids again being blamed for a failure to control aphids, an increase in virus yellows disease and a subsequent near halving in yields.

NFU Sugar chairman Michael Sly described the situation as catastrophic for many farmers.

While sheep prices held up well during 2020, the same cannot be said of wool values, which plummeted to new lows as the Covid-19 pandemic effectively ended the global wool trade in February.

British Wool, holding a significant surplus, slashed balancing payments for the 2019 clip, and declined to make an advance payment for 2020 fleeces.

Farmers responded, in many cases, by dumping their wool clips in slurry stores or spreading it on the land as a basic fertiliser, while others sought alternative uses.

A petition launched by Shropshire resident John Burt, demanding that wool be mandatory for use in home insulation and in carpets in public buildings, attracted almost 30,000 signatures.