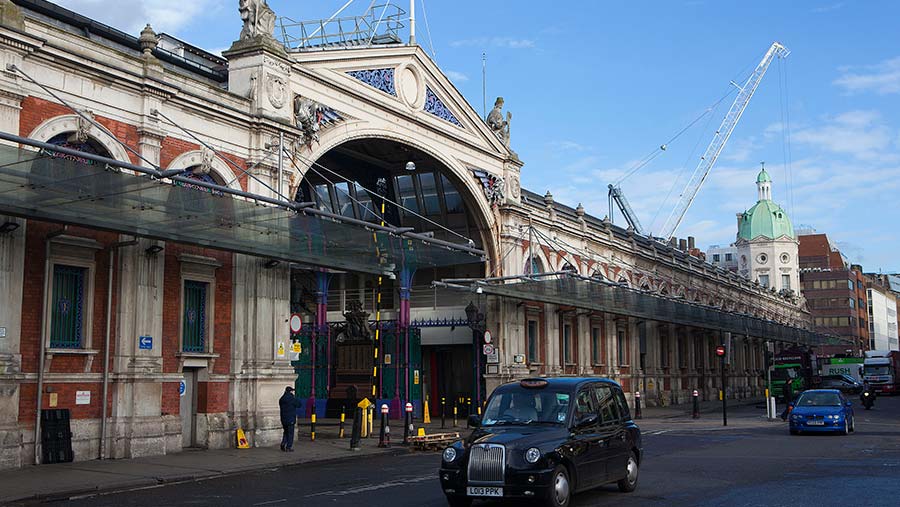 Animal rights activists plan to occupy the UK’s biggest wholesale meat market as they call for an end to livestock farming.

The Animal Rebellion group said 10,000 activists would occupy Smithfield Market, which covers 4ha in the City of London, on Monday 7 October.

The group made the announcement as it draped a banner over one of the market buildings.

It said the protest would take place as “part of a wider rebellion against the government for failing to act on the climate emergency”.

Pledging that its protest would be peaceful, the group said it recognised that it would cause inconvenience but said: “We are in a climate change emergency and animals are dying.”

It added: “We will treat police, farmers and butchers with love and respect at all times.

“We may be met with anger or aggression, but we will remain non-violent at all times, in our words, in our tone and in our actions.

“At times this may be hard, but we will support each other to act with kindness to all.”

The group said it had chosen to target Smithfield because of its dominance in the UK’s trade in “animal flesh and body parts”.

It said Smithfield symbolised the government’s failure to act on the violent and environmentally destructive animal farming and fishing industries.

“We will do this at a time when Extinction Rebellion and other social movements will be occupying London and demanding the government take urgent action on the climate crisis,” it said.

The group said it was working in solidarity with these movements.

“We aim to draw attention to the harms caused by the agricultural system as a whole, of which Smithfield is a part,” it said.

The planned action is the latest example of protestors targeting the UK livestock sector.

But farm leaders argue that British farmers are leading the way in climate-friendly food, animal welfare and environmental protection.

The NFU has pointed out that 65% of UK farmland is best suited to growing grass – which is a huge store of carbon as well as producing high-quality beef and lamb.