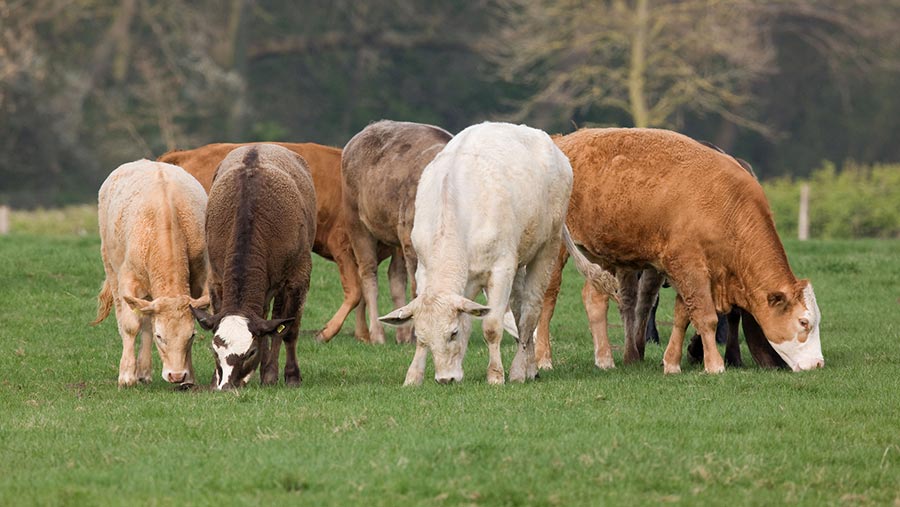 A council poised to ban meat and dairy from its catered events because it wants to cut emissions has failed to consider the lower environmental impact of UK livestock production, the AHDB has said.

Oxfordshire County Council plans to only serve food that is “entirely plant-based” at events and meetings because “global meat and dairy production is a significant contributor to greenhouse gas emissions”.

But the AHDB has urged the council to take into consideration UK livestock emissions data, ahead of a cabinet meeting in March to ratify the meat and dairy ban.

“The UN’s FAO report from 2013 is commonly cited by organisations, including governments and the media, with a global figure for emissions from livestock of 14.5%.

“However, the most accurate figure for the UK, in line with the Paris Accord, is 6%,” Mr Rycroft wrote.

“The carbon footprint of milk produced in the UK is nearly a third lower than the global average,” he added.

Mr Rycroft also highlighted the nutritional benefits of meat and dairy and their place in a healthy, balanced diet.

“They both contain vitamin B12, an essential nutrient not naturally present in foods of plant origin.

“It is also worth noting 65% of our agricultural land in the UK is grassland and meadows, unable to support food crops, but ideal for grazing animals.

“The way farmers use this land for grazing livestock, such as cattle and sheep, means they can produce good-quality nutritious food while also maintaining the land for nature, providing wildlife with habitats, food sources and shelter.”

Earlier this week farmers and rural residents gathered at County Hall in Oxford to rally against the council’s proposals.

Oxfordshire farmer Jeremy Clarkson threw his weight behind the rally and blasted the proposal as “utter, utter madness” on social media.

Ms Leffman said: “This is about councillors taking a stand to tackle climate change and saying we want to make our planet more sustainable.

“We want agriculture to be sustainable and we will source produce locally wherever we can.”