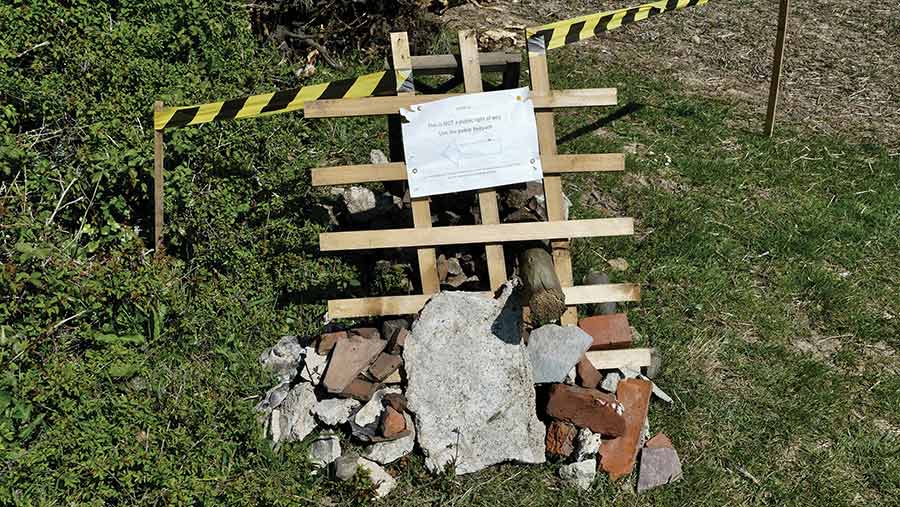 Industry leaders are appealing for calm in the countryside amid rising tensions between farmers and day-trippers.

Livestock have been let loose, litter strewn across fields and disposable barbecues lit in tinder-dry conditions by people visiting the countryside after the government eased coronavirus lockdown rules. Human excrement has also been reported near public rights of way.

In the Cotswolds, a group of 10 people were seen ignoring social distancing rules while having a picnic half-a-mile from the nearest footpath. And in Surrey, grazing cattle were let loose despite signs asking visitors to keep gates closed.

See also: Poll: Has your farm faced fly-tipping during the pandemic?

In Dorset, more than 150 firefighters tackled a massive blaze that destroyed rare heathland at Wareham Forest. And in Cambridgeshire, a cow died after it suffocated on a discarded plastic carrier bag on Grantchester Meadows.

National Sheep Association chief executive Phil Stocker said: “People are being caught out because they expect toilet facilities, and there are concerning cases where livestock are being encountered with no idea over how to behave.”

Urging visitors to act responsibly and follow the countryside code, Mr Stocker added: “A lot of people who don’t realise that the farmed countryside is a working environment.

“Most farmers welcome legal and responsible access, but too many people seem to think they are visiting a staffed, public attraction, where the only objective is their enjoyment and a paid litter picker will be along soon.

“Some of this behaviour is illegal, it is certainly disrespectful, and it’s dangerous to farm animals and to the public, too.

“It’s not as though guidance doesn’t exist and its time the countryside code was dusted off and put into wider use.”

In some cases, farmers have blocked public rights of way. Some 87% of councils responding to a survey reported the unilateral blocking or closures of rights of way by landowners in weeks before lockdown rules were eased.

The survey was published by the Association of Directors of Environment, Economy, Planning and Transport.

Some 44% of local authorities reported increased tensions between the public and landowners over social distancing and the increased use of rights of way.

Landowners are not allowed to close or block public footpaths by law, but councils recognise that this is a difficult time for everyone and are not using enforcement powers.

Instead, local authorities are working with landowners to provide guidance, advice and support on how to manage rights of way safely by fixing notices and tying back gates, where possible, to maintain social distancing.