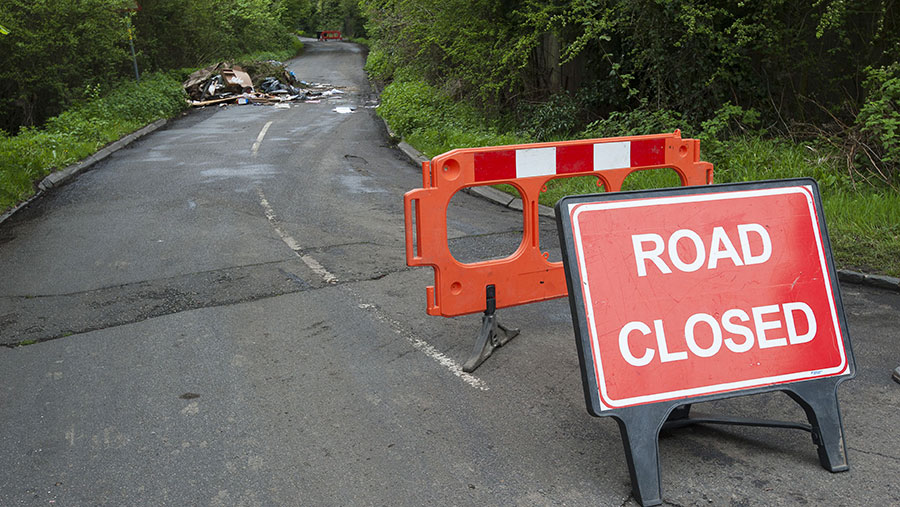 Road closures could be used to stop fly-tippers targeting the countryside and urban fringe between Essex and London.

Havering Council is taking action against fly-tipping with proposals to close roads around some of the borough’s most notorious hotspots.

Measures will be put in place to restrict access vehicular access, closing Little Gerpins Lane to traffic from the junction with Berwick Pond Road to Bonnetts Wood, near Upminster.

See also: Five ways to get tough on fly-tippers

The council said the area around the roads had fallen victim to huge industrial-scale fly-tips, with criminal gangs dumping large lorry loads of waste over recent years.

The criminals dumped load after load of bricks, rubble and soil in a field in East Hall Lane, at Berwick Ponds Farm, Rainham.

Mr Fisher estimates between 10-15% of his time is now spent dealing with fly-tipping incidents and the inconvenience they cause.

He said: “It’s getting to the point where you might as well shut all the gates and not bother farming at all.”

Fly-tippers also dumped waste in the middle of a nearby road.

East Hall Lane is not due to be closed despite calls for more action – but other areas of the borough face similar problems.

The council uses anti-fly-tipping measures including round the clock monitoring of roads and the use of solar powered surveillance cameras.

Councillors are expected to decide on the road closure proposals on Tuesday (5 September).

Havering neighbourhood director Steve Moore said much of the fly-tipping on the road to be closed was carried out by serious organised criminal gangs and not casual chancers.

“This means that traditional means of combatting fly-tipping, like using CCTV cameras, are therefore not effective when these gangs use false plates and stolen trucks.”

In 2015-16 council staff collected more than 1,200t of fly-tipped rubbish, with the total cost of removing fly-tips and enforcement fast approaching £1m/year.

The decision on the closure scheme will be made through the council’s highways advisory committee at Havering Town Hall, Romford.